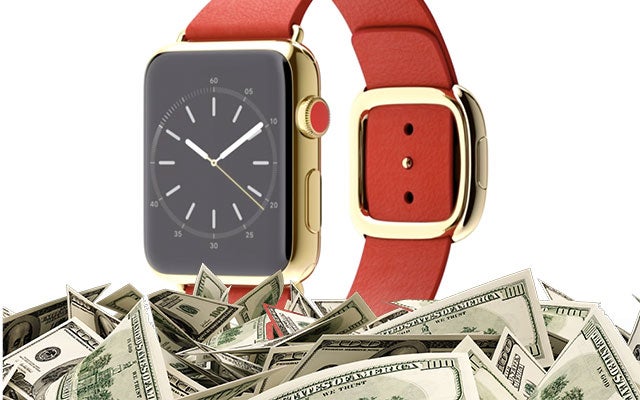 As we get closer to Apple Watch’s official launch, more details are becoming clearer and clearer. For one, we’re pretty certain they will be shipping in April and may not have the greatest battery life. However, one piece of info that’s remained frustratingly elusive is how much its pricier option, the Apple Watch Edition, will cost.

Call it morbid curiosity, but I’m officially interested in how much Apple will be pawning off the Apple Watch Edition, that 18-karat elegant gold wrist wearable. Rumours have it pegged any where from $US1000 (no way) to $US10,000 (super duper mega no way). Now 9to5Mac reports, that Apple stores will be outfitted with special safes to store the Apple Watch Edition smartwatches, pulling a well-known page out of your average jeweler’s playbook. 9to5Mac’s Mark Gurman explains:

The safes will likely be used to carry both to-be-sold inventory as well as to store demo units from the show floor overnight. The custom-designed safes will be outfitted with Apple Watch MagSafe chargers in order to keep the demo units charged up and ready to go for the next day of business. Apple has already begun installing the safes in some stores…

Considering the price of typical pieces of tech in your average Apple store, this special treatment adds up to Apple Watch Edition being worth some serious scratch, a possibly choice between having a high fashion item or sending your a kid to college. Of course, a watch is much easier to conceal than say — a massive 5k monitor. So when you consider its size, the preparation begins to make sense, even if the price really doesn’t. [9to5Mac]