Everyone had that favourite, heavy, feather-stuffed pillow that was their not-so-secret weapon during a sleepover battle. But a pillow doesn’t come anywhere near being as awesome as Factory Entertainment’s new line of Zombie-battling stuffed toys that includes what could be the world’s first plush chainsaw.

The new Zombie SWAT — or Soft Weapons and Tactics — line actually features four realistic-looking weapons that are safe to square off against your friends with, including a butcher knife, a bat full of nails, a machete and the afore-mentioned stuffed chainsaw. They range in price from $US10 to $US40, and each one includes “gruesome sound fx” for when you tire of making chainsaw sounds yourself (like that’s ever going to happen). [Factory Entertainment] 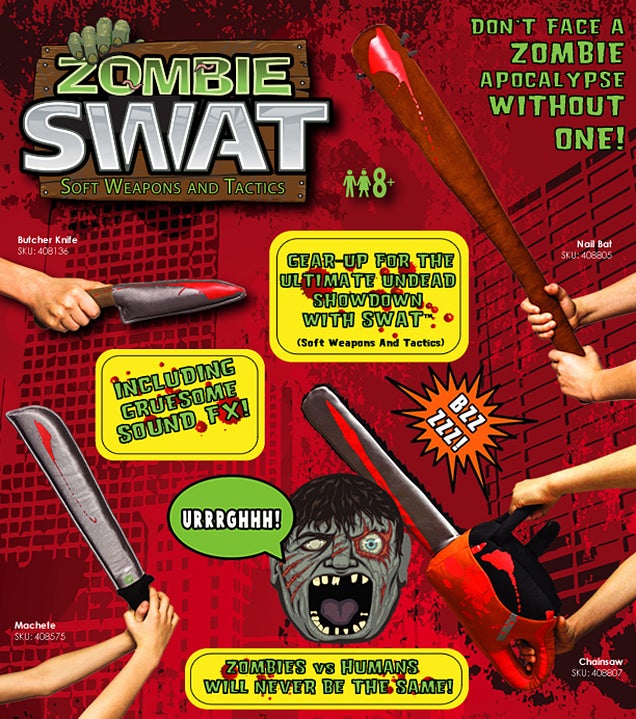