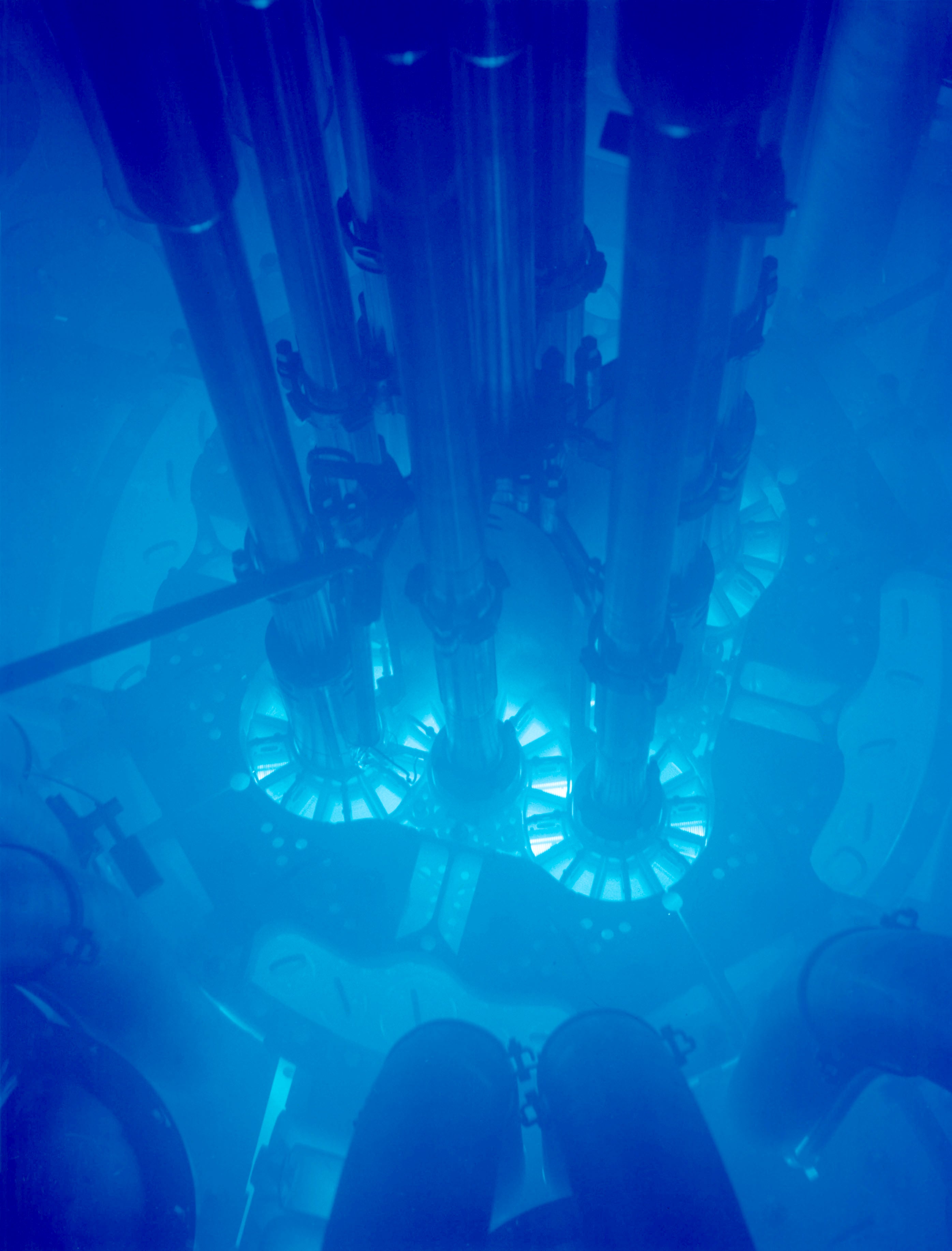 All those fantastic special effects in Marvel’s and other sci-fi movies are child play compared to something real like the Advanced Test Reactor core at the Idaho National Laboratory. The blue glow is caused by something called the Vavilov-Cherenkov radiation:


Vavilov-Cherenkov radiation is electromagnetic radiation emitted when a charged particle (such as an electron) passes through a dielectric medium at a speed greater than the phase velocity of light in that medium. The characteristic blue glow of an underwater nuclear reactor is due to Cherenkov radiation. It is named after Soviet scientist Pavel Alekseyevich Cherenkov, the 1958 Nobel Prize winner who was the first to detect it experimentally. A theory of this effect was later developed within the framework of Einstein’s special relativity theory by Igor Tamm and Ilya Frank, who also shared the Nobel Prize. Cherenkov radiation had been theoretically predicted by the English polymath Oliver Heaviside in papers published in 1888 — 1889.

In this video you can see it starting from zero as they initiate the reactor:

Another fascinating video shows the exchange of the fuel bars. You can see the reaction happening as the robot arm does its work:

The radiation in the reactor pool of the FRM II, the most powerful neutron source in Germany: 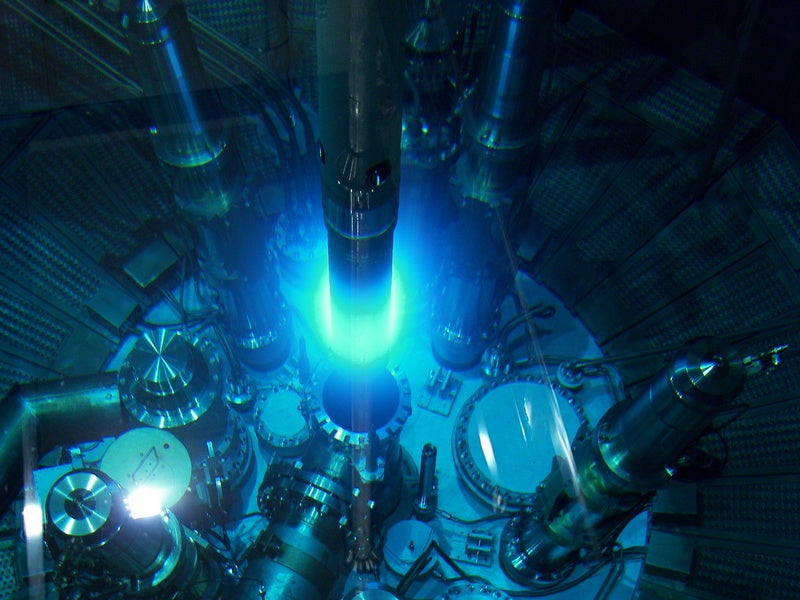 A close up of a similar mechanism: 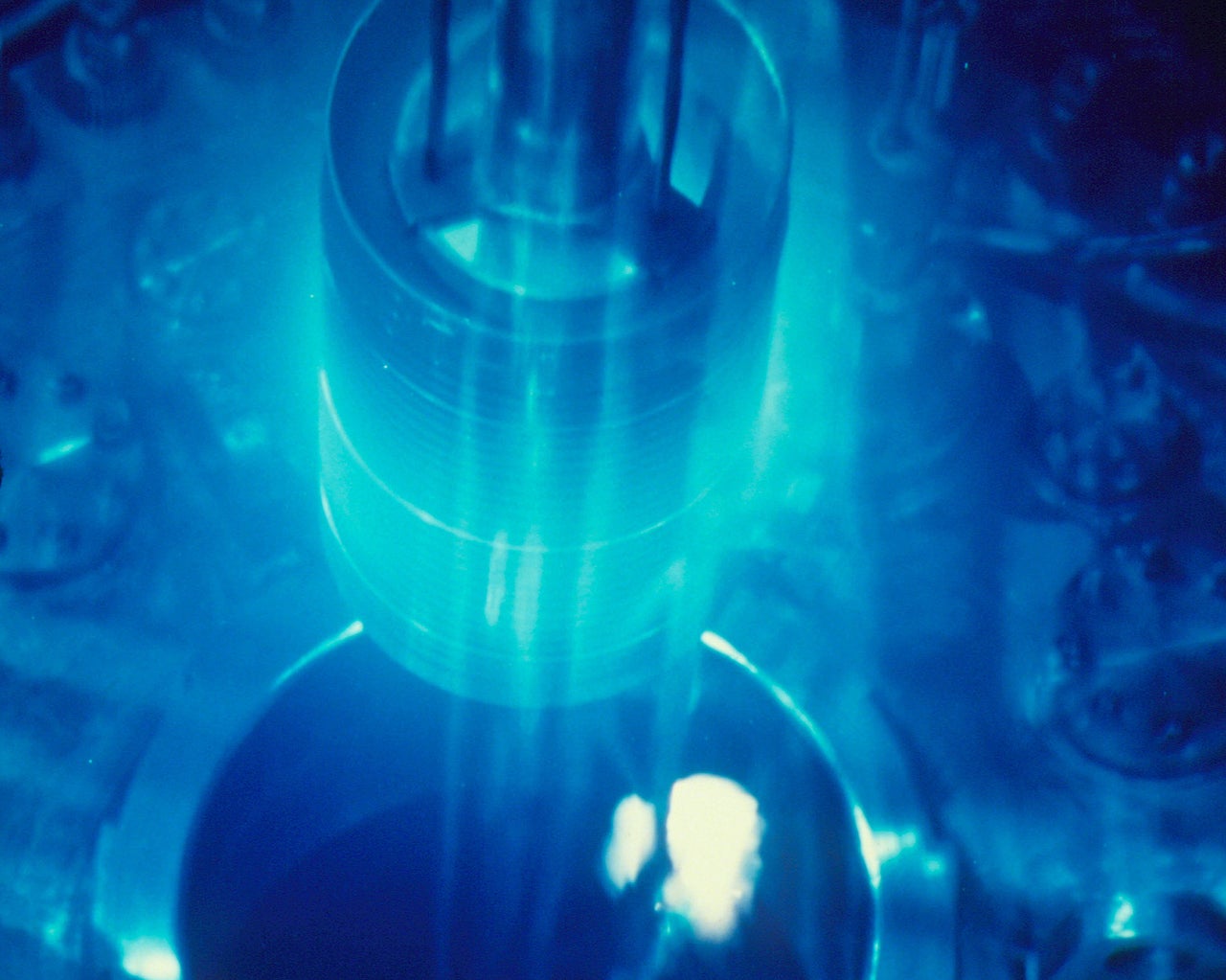 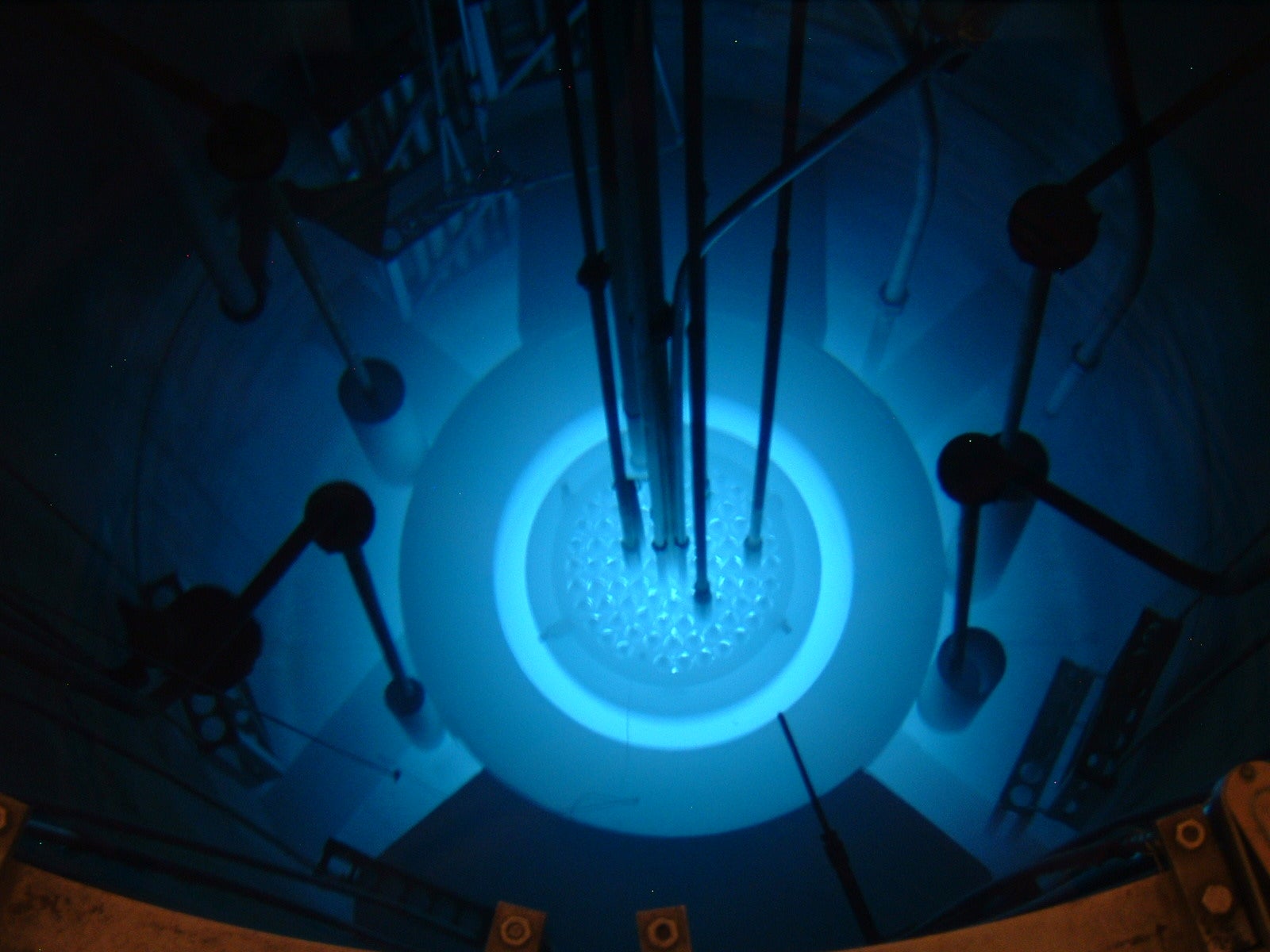 Another photo of the effect taken at the Reed Research Reactor, installed in Reed College, Portland, Oregon: 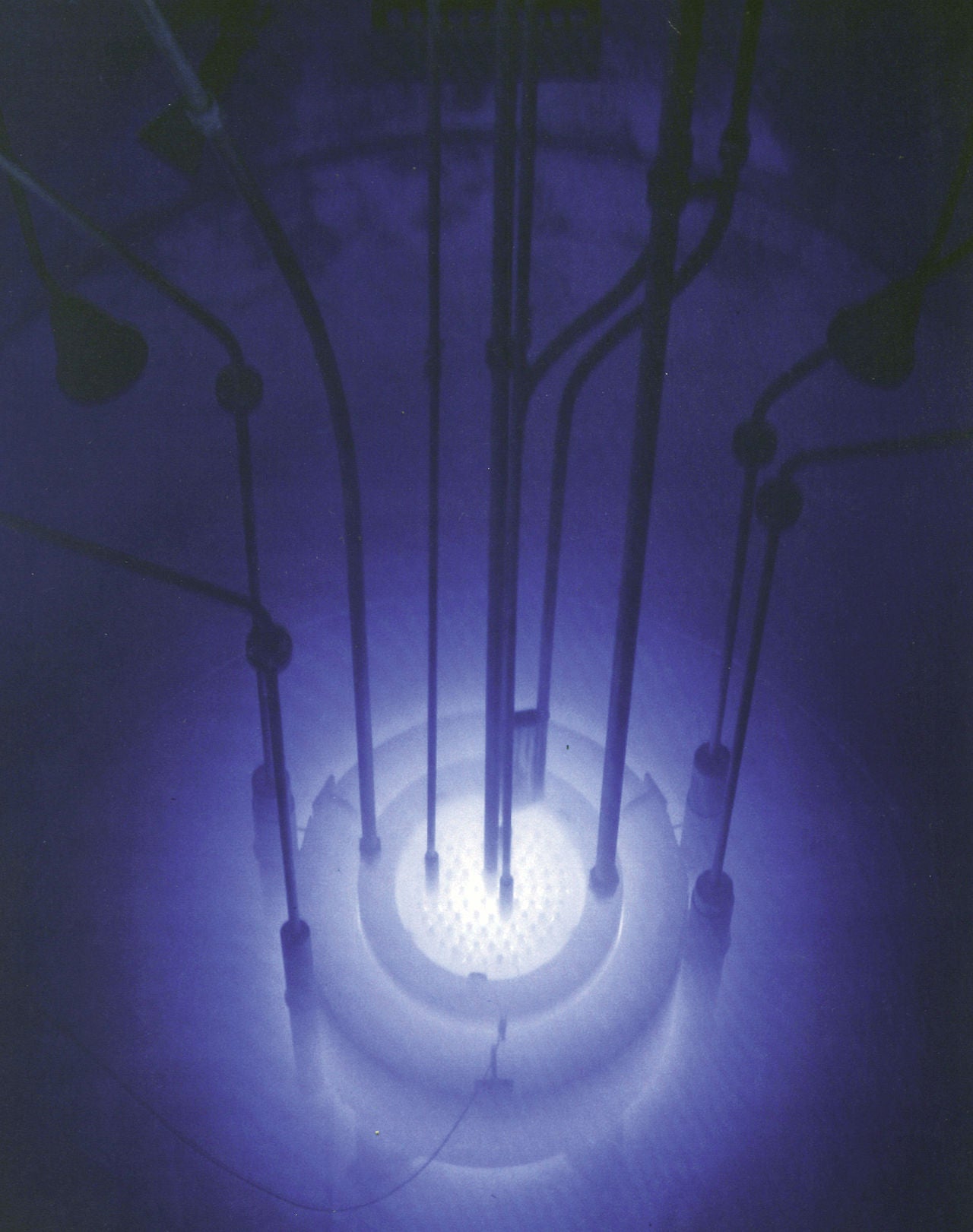 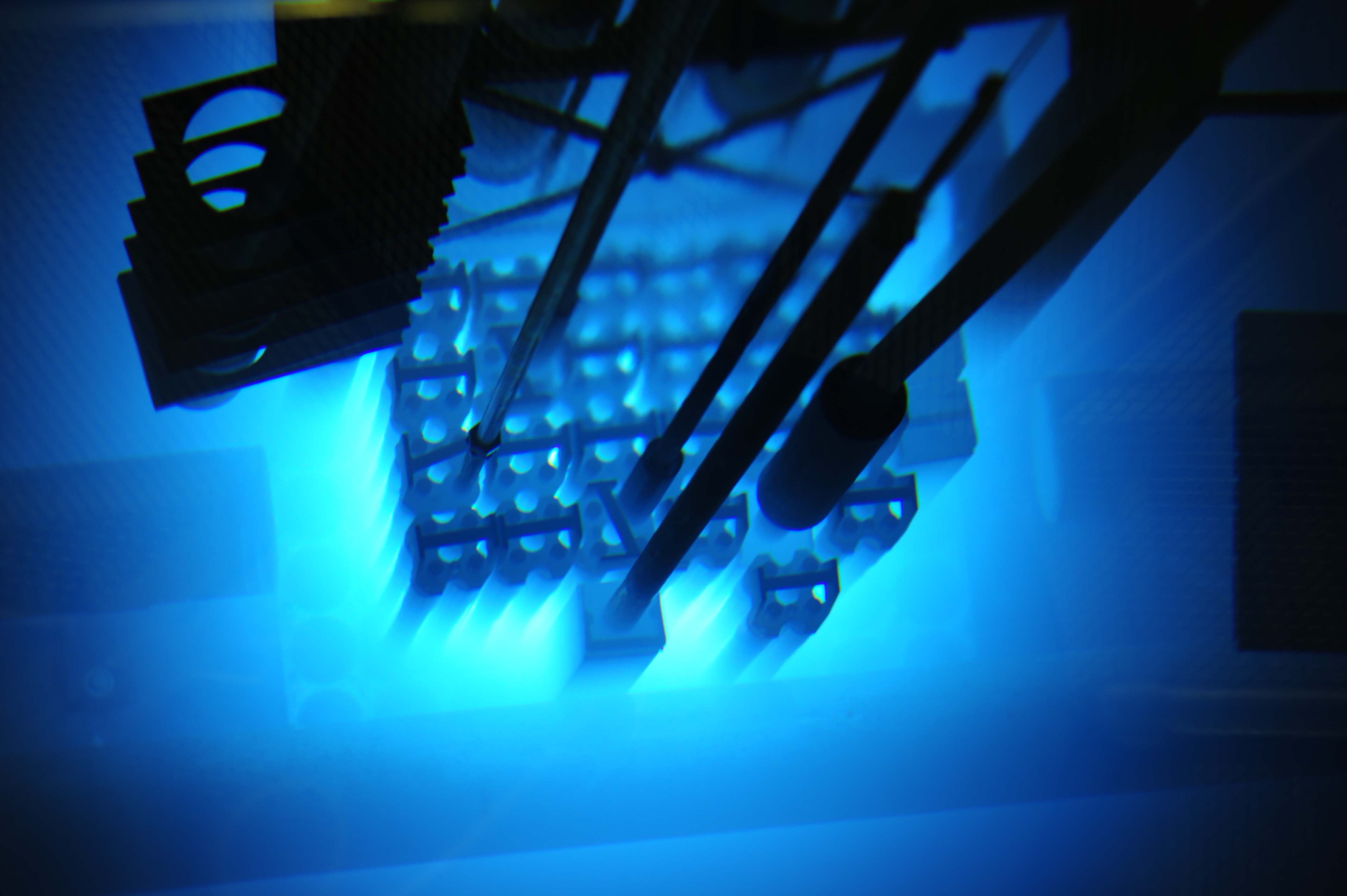 This one is from the TRIGA reactor at the Argonne National Laboratory: 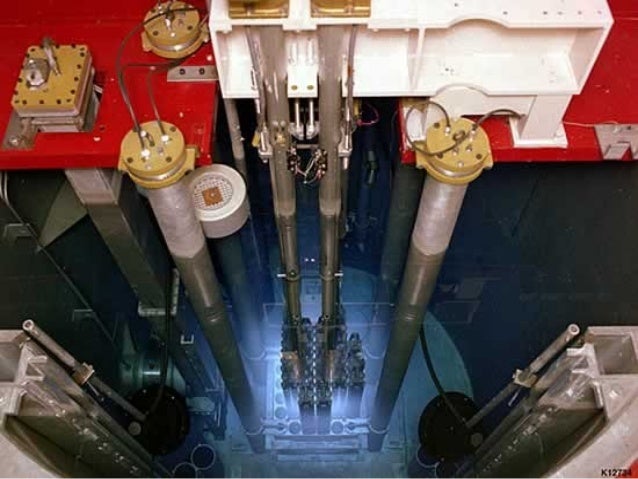 Some more videos of the effect: