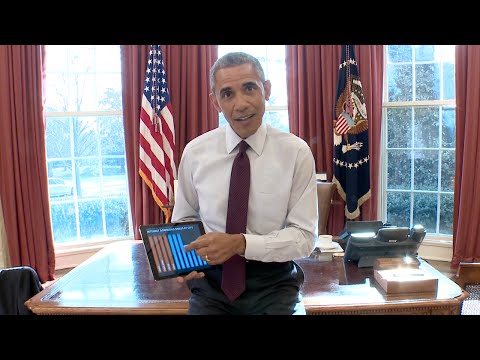 In addition to laying out the framework for new cybersecurity laws, US President Barack Obama also did some dabbling in internet regulation today. Expect the FCC to get some very serious-sounding letters in the mail soon.

In short, Obama wants to foster a ‘community-based broadband solution’ — ending the scourge of Comcast using wholesome homegrown ISPs. The first step, as outlined in a new White House report, is to get rid of state laws that favour the big broadband players, and stifle new competition:

“19 states currently have barriers in place limiting community broadband and protecting incumbent providers from competition. President Obama believes that there should be a level playing field for community-based solutions and is announcing today a series of steps that the Administration will be taking to foster consumer and community choice.”

The first step will be the Administration filing a letter with the FCC asking it to address these laws — something the FCC is already looking at doing. Furthermore, though, the report calls on the federal government to remove “all unnecessary regulatory and policy barriers to broadband build-out and competition, and [the President] is establishing a new Broadband Opportunity Council of over a dozen government agencies with the singular goal of speeding up broadband deployment and promoting adoptions for our citizens.”

In short, the President’s plan for bringing our internet up to the same level as South Korea’s (or just letting me stream Netflix in HD dammit) is exactly the kind of grassroots, community-level one that politicians have wet dreams about. In theory, it also sounds pretty good: there’s no one-size-fits-all solution to getting fibre-optic that last mile to your home, especially given the myriad local regulations when it comes to something like this. Small local companies are often better-equipped to deal with town councils than Comcast or Time Warner. But whether those companies can get organised in the first place — and whether they can compete with the behemoths — remains to be seen.

Only when you dive into the alphabet soup that is the internet in the US do you realise that Australia doesn’t have it half-bad. [The White House via Ars Technica]