matte paintingrantreturn of the jedistar wars

I keep getting my dreams shattered. When I was a kid I thought the Rebel Alliance hangar could have been a real stage, but it was just one of many matte paintings, an example of ILM’s visual sorcery. But the scene of the Emperor coming to the Death Star? I was absolutely, 100 per cent convinced that it was real.


Real as in built at full scale, not a real Death Star. But real, tangible, a giant stage with some green screen on the back to show the TIE Fighers and TIE Interceptors flying behind.

I knew what matte paintings and green screen were back then (it wasn’t green, it was blue), yet I totally believed it was real when I saw the film in the theatre for the first time. And I kept thinking it was real until very recently. Maybe it was an effect of my innocence being carried with me every time I watched the movie in later years. Or maybe I have been getting progressively blind. In any case, I thought that this… 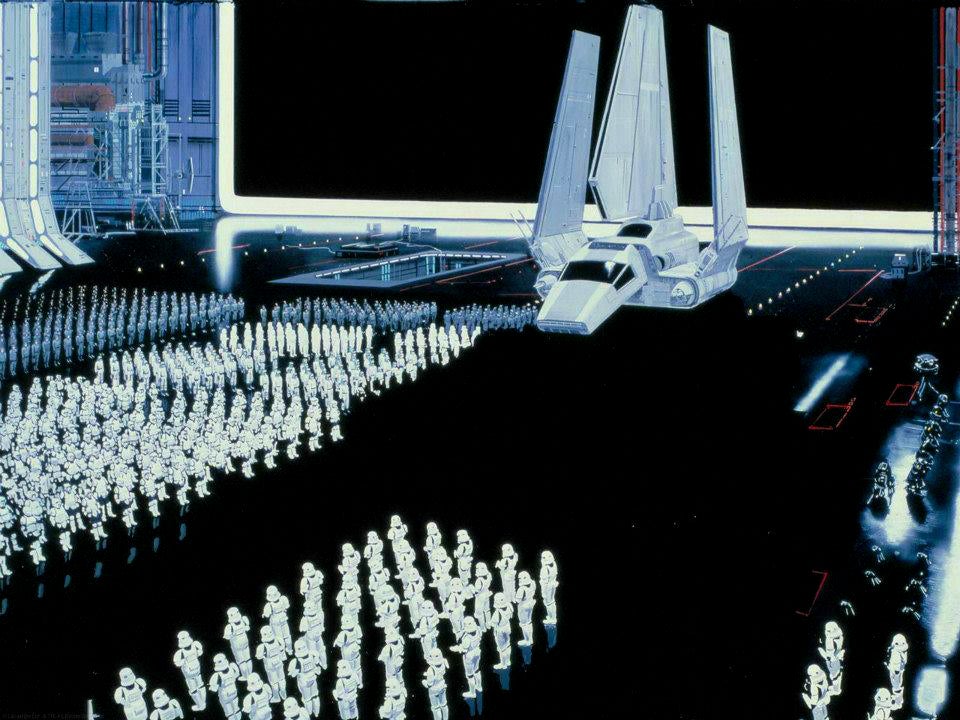 …was a real set built in a huge soundstage somewhere in Pinewood studios, in the United Kingdom. I believed that every single one of those stormtroopers, pilots, gunners and Imperial Navy officers were actual people, surrounded by giant prop columns lining the perimeter, and a full scale Imperial Shuttle in the middle of it all. In my defence, if 20th Century Fox built the giant sets for Cleopatra, why not this?

I didn’t believe the entire movie was filmed in giant stages, though. I knew that some of the stuff I was watching wasn’t real. For example, I knew that this…

…was not real because it wasn’t possible it could be real in any way. It could only be a model or this matte painting: 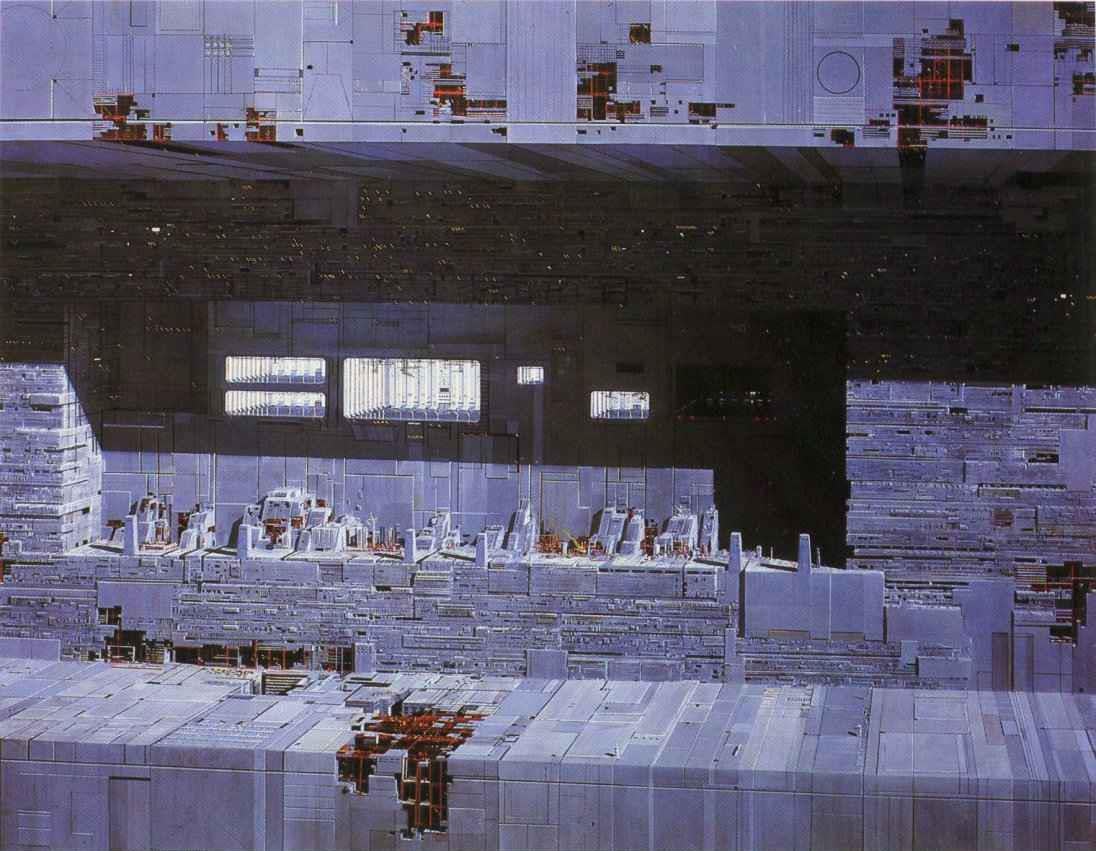 I knew this wasn’t real: 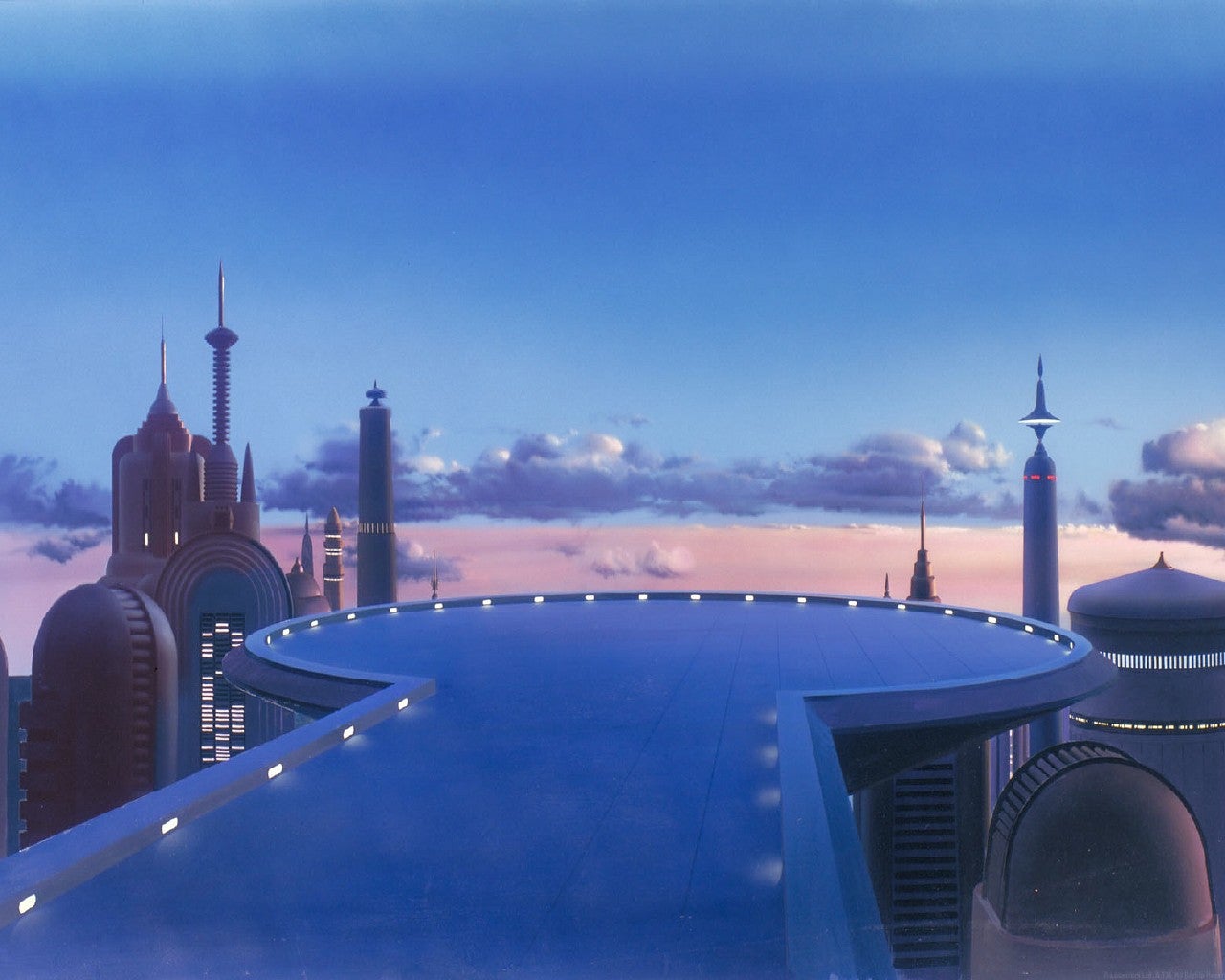 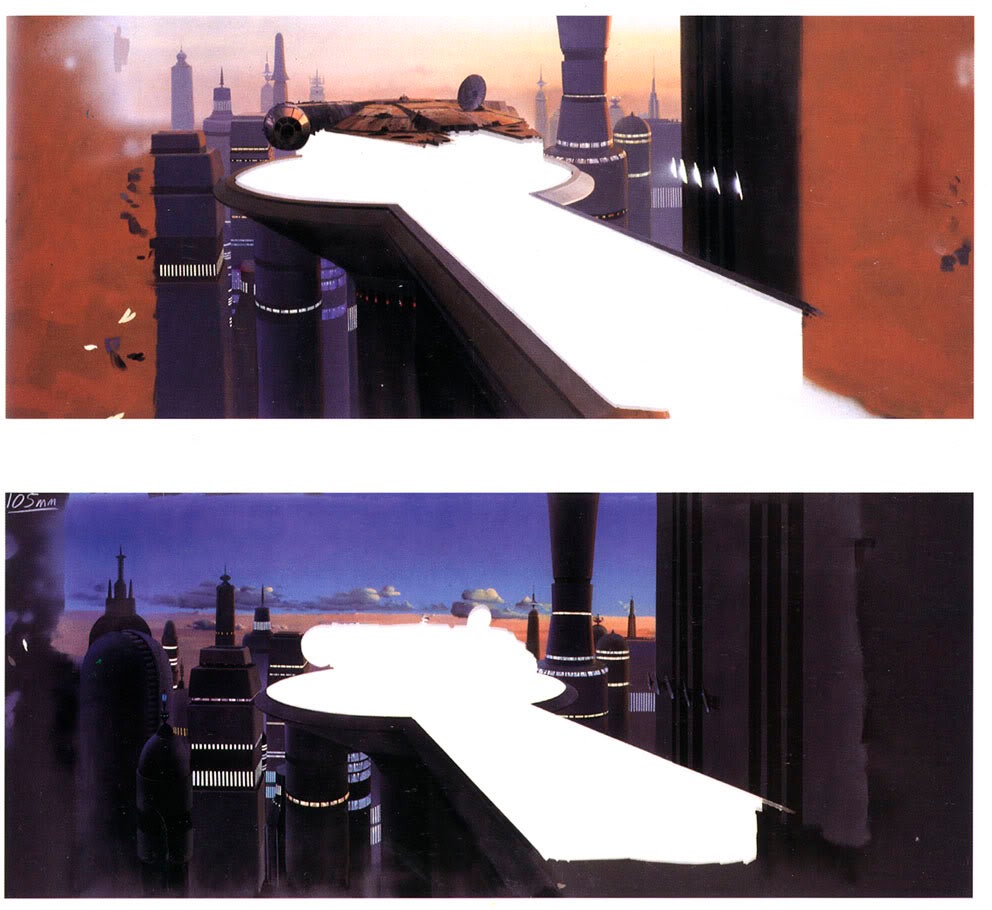 None of the exteriors at the Cloud City in Empire Strikes Back felt real to me. But this?

Totes real. In fact, fuck it, I have decided to ignore that matte painting. In my book, they built the bloody thing in England and that’s the end of it.