Who Made The Bestselling Christmas Album Of All Time? Hint: Not Mariah 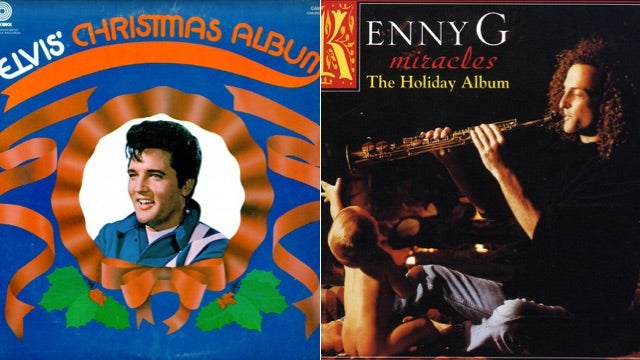 In the latest issue of Billboard, the music industry rag tackles the all-time top earners of holiday music. The winner, of course, depends on what question you're asking.

Everybody's talking about Mariah Carey's terrible rendition of her otherwise incredible holiday song, "All I Want for Christmas Is You". It's a legendary song from her legendary 1994 record Merry Christmas, which has sold a whopping 5.37 million records to date.

That's an undeniably impressive feat! Unfortunately, it doesn't account for, you know, all they years before 1991. For earlier albums, the best source of data actually comes from the Recording Industry Association of America. While Billboard and SoundScan track individual artist performance and release the top albums and song charts you're familiar with today, you'll recognise the RIAA as the entity that issues certifications like Gold (for 500,000 records sold) and Platinum (1 million records).

And according to the RIAA, Miracles is actually second to Elvis' Christmas Album, the 1970 re-release of the king's 1957 album, which has sold more than 10 million records to date. (That's "Diamond" certified, in case you're wondering.) It's the King's bestselling record, and 93rd on the all-time list of records. And that's without the 3 million copies the original 1957 version sold before it went out of print. A cursory stroll through the remaining records on this handy Wikipedia list puts Elvis' Christmas record sales in the 20 million unit range.

Of course, there's something to be said for speed. Kenny G put up 7.3 million in twenty years, while it took Elvis' top seller over 50 to get to 10. It's no wonder that when Billboard asked if Mr. Kenny would make a fifth album, he responded, "I'm thinking about it." [RIAA and Billboard and Billboard]