This Fake Boulder In The Alps Is Actually A Tiny, Perfect Cabin 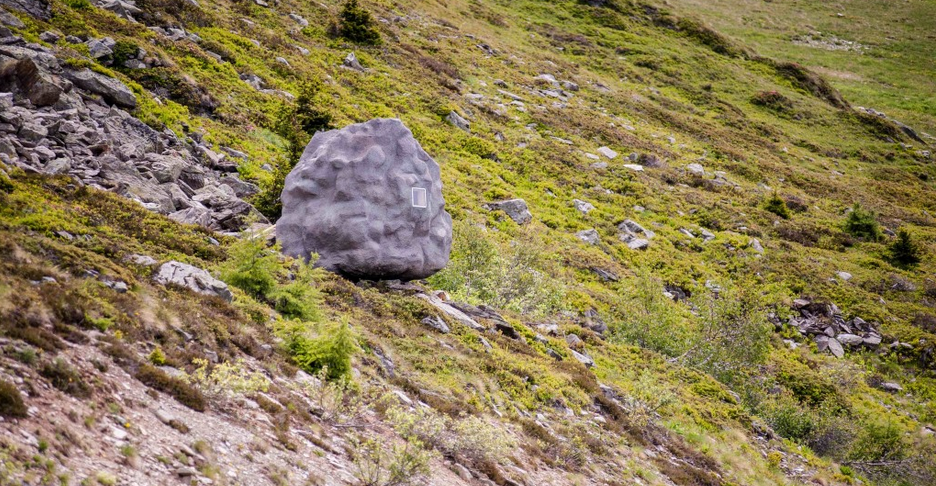 The Alps are littered with hidden buildings, from World War II-era bunkers to mansions built below ground to skirt building regulations. But here's an entirely new addition: A "rock" installed on a boulder-strewn slope that's hiding a cozy one-person cabin.

You'd almost certainly miss it if you were driving by. If you were hiking, maybe you'd notice the odd square window sticking out like a sore thumb against the organic shapes around it, or maybe you'd pass it by, too. You certainly wouldn't guess that inside its rough, grey facsimile of stone you'd find a perfectly-detailed wooden cabin, complete with a small bed, a fold-down table, a window, and even a fireplace. 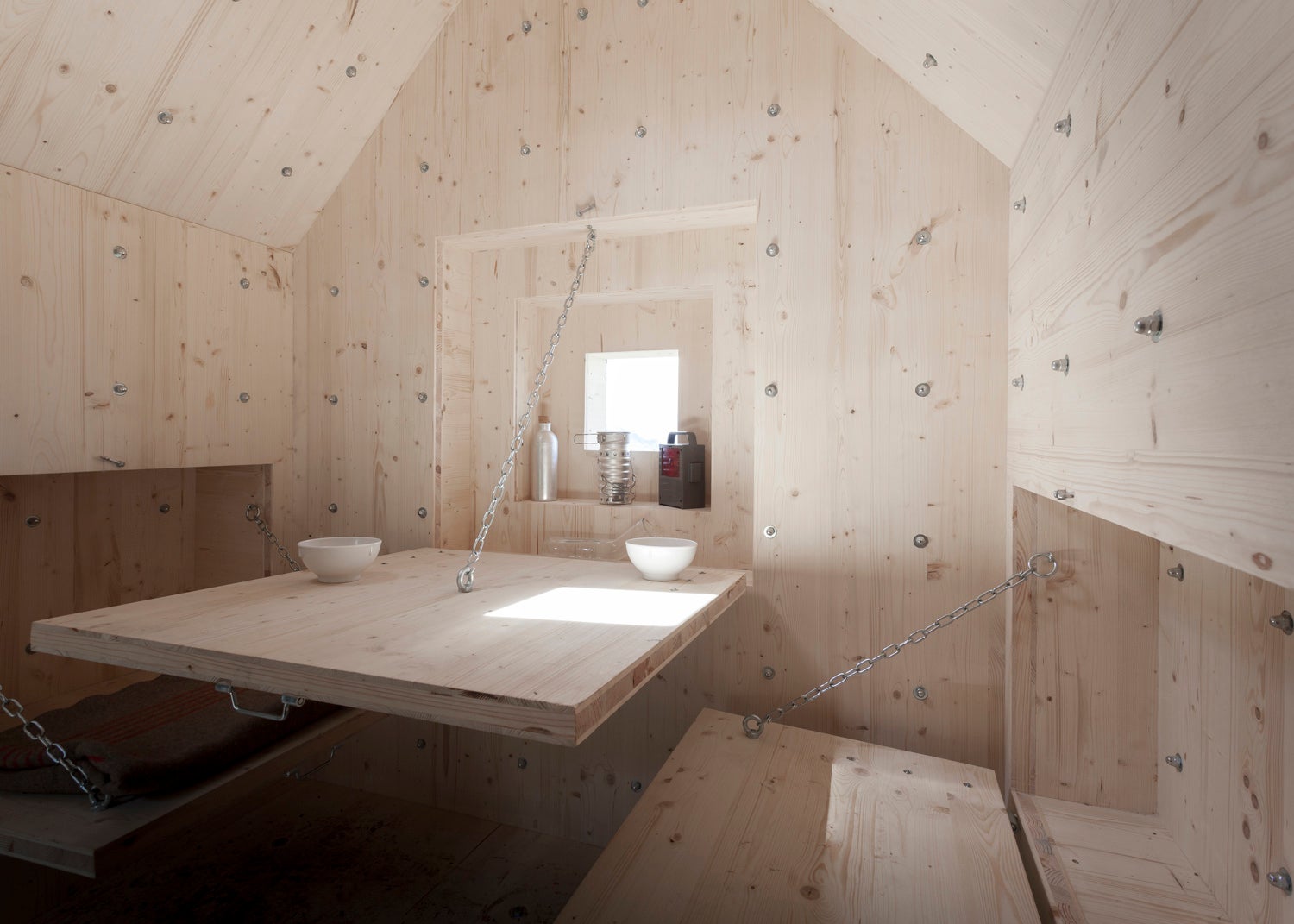 It's architectural camouflage, Alpine-style, and according the architects who designed it as part of a residency at a sculpture park — the Swiss studio Bureau A — it was inspired by the Swiss "strong tradition of observing the Alps, living with them, hiding inside them."

Bureau A calls their folly "Antoine", the name of the main character in the novel Derborence by Charles Ferdinand Ramuz. In the book, Antoine gets trapped in a landslide in an Alpine valley and actually ends up living under the rocks for seven weeks, miraculously surviving. It was designed as part of a residency program at an open-air sculpture park in Verbier, Switzerland, where Bureau A spent six weeks designing and fabricating the boulder in the shop. 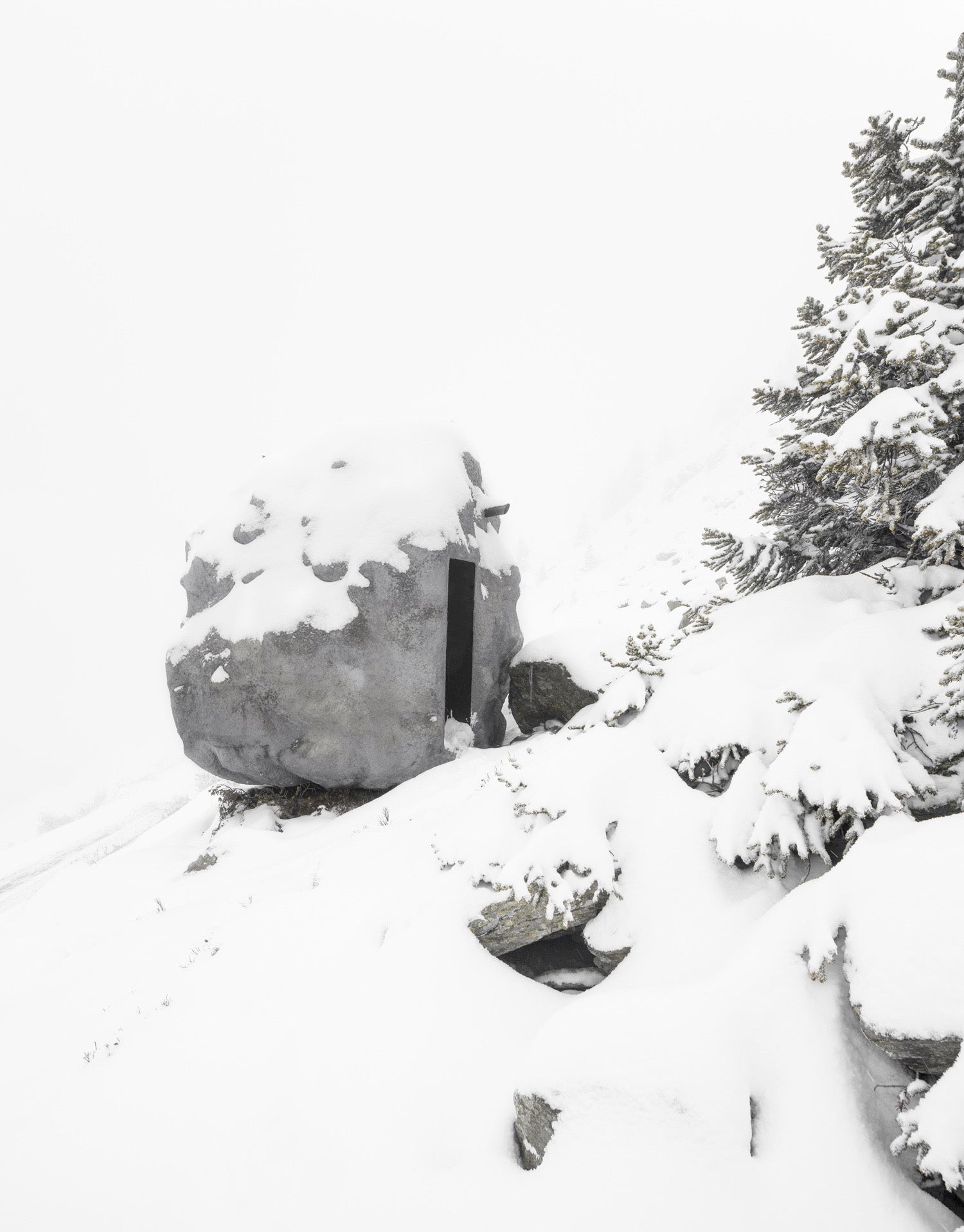 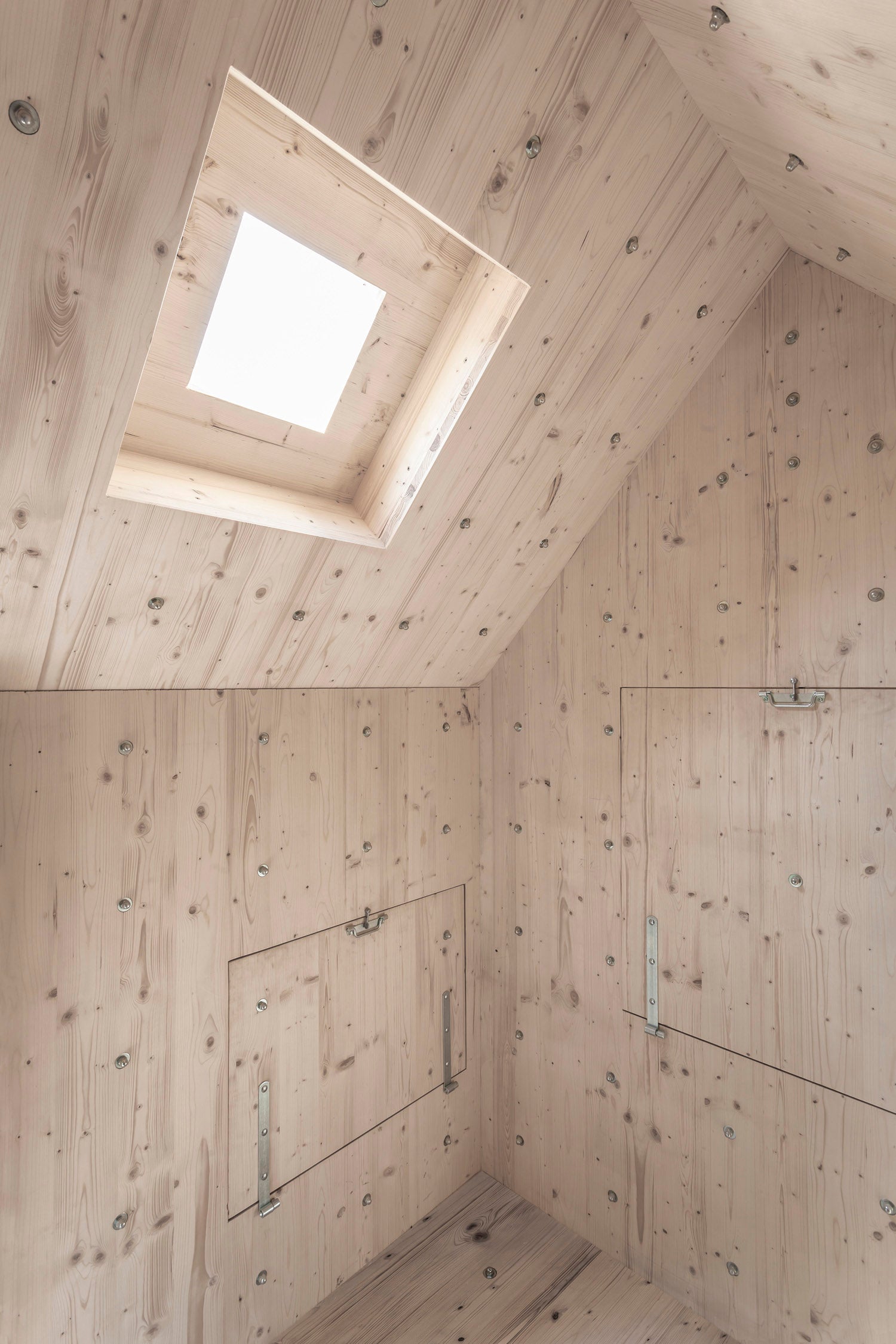 Beneath the perfect airbrushing, Antoine looks a lot like a regular cabin: A box covered in steel rebar and coated ferrocement, sculpted and spray-painted into a rough facsimile of a boulder. Here's what the cabin looked like in the shop, before its transformation into a faux-rock: 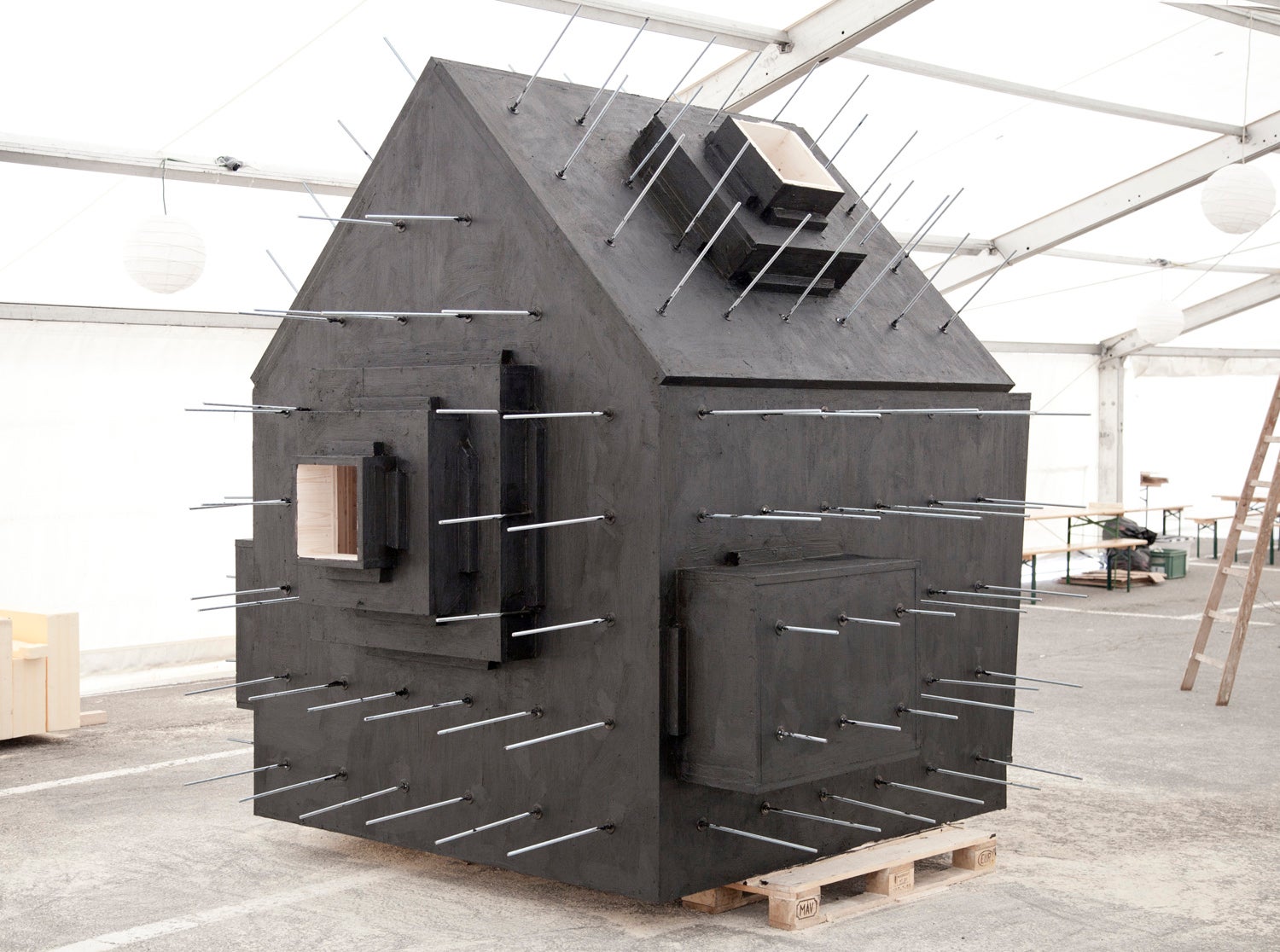 And the process of painting the exterior to look realistic: 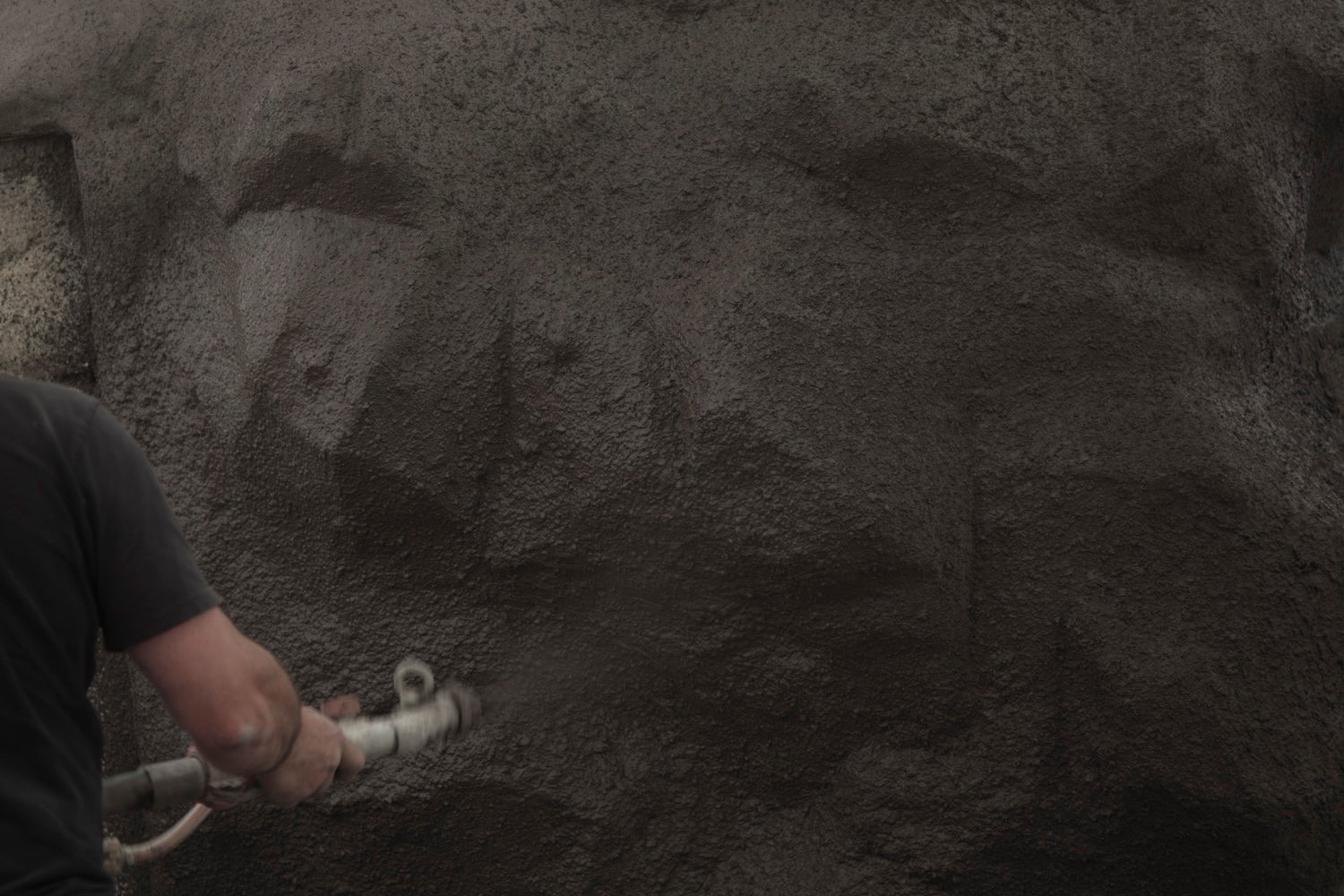 Installation was another matter entirely: The rock was trucked up the mountain on the back of a flatbed and installed, ever-so-slowly, with help from a hydraulic crane. The process was so unwieldy, the architects made a film about it.

Most importantly, can anyone sleep in it? Are they taking reservations?! Oddly enough, neither the architects nor the sculpture park in Verbier mention whether you can stay over. Though there is this cryptic bit extracted from the architect's statement describing Antoine as a place "somewhat subversive in its use where one can freely enter and hide." Which seems like a cryptic way of saying that if you can find it, you can use it. A few more photos follow. 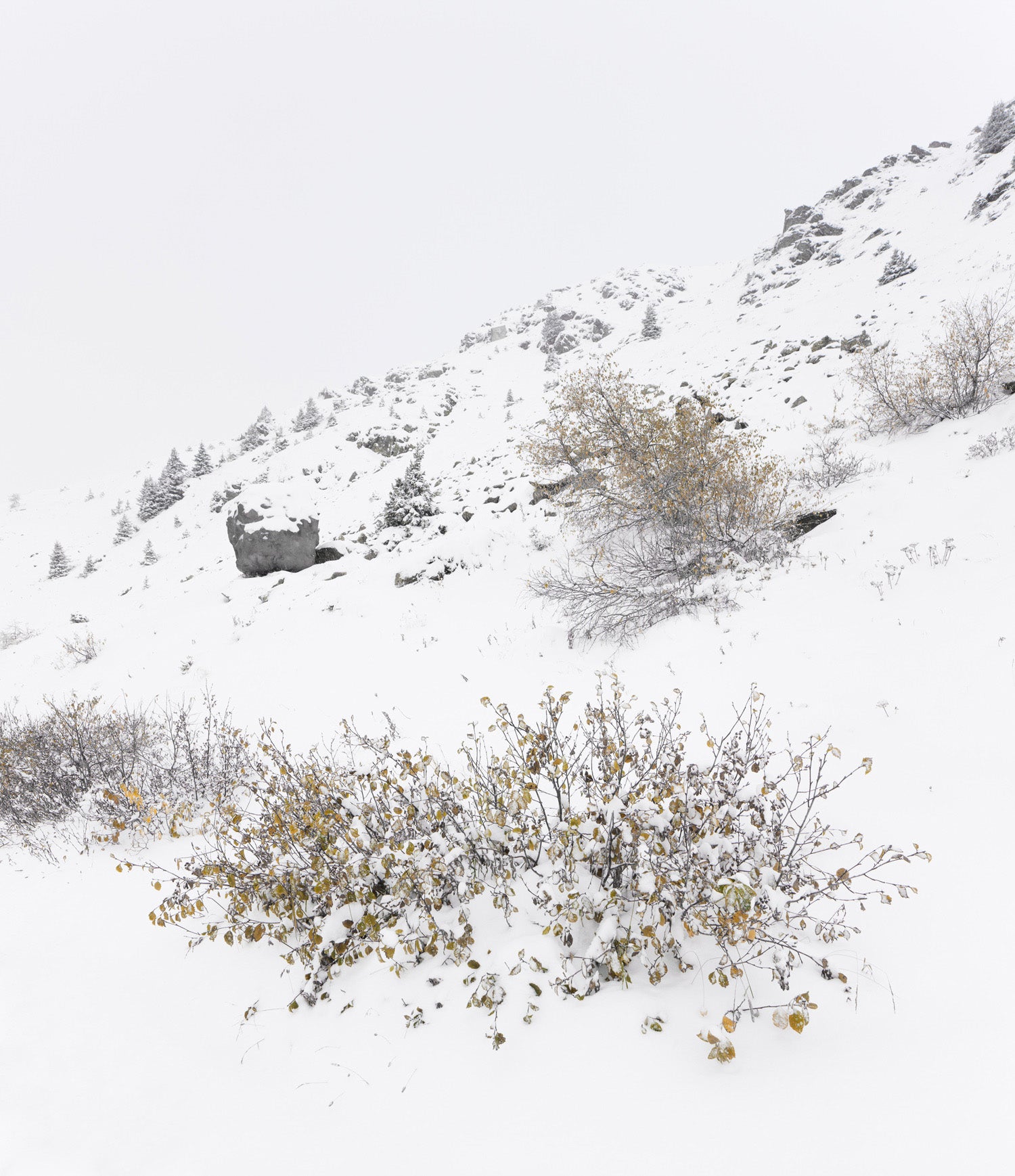 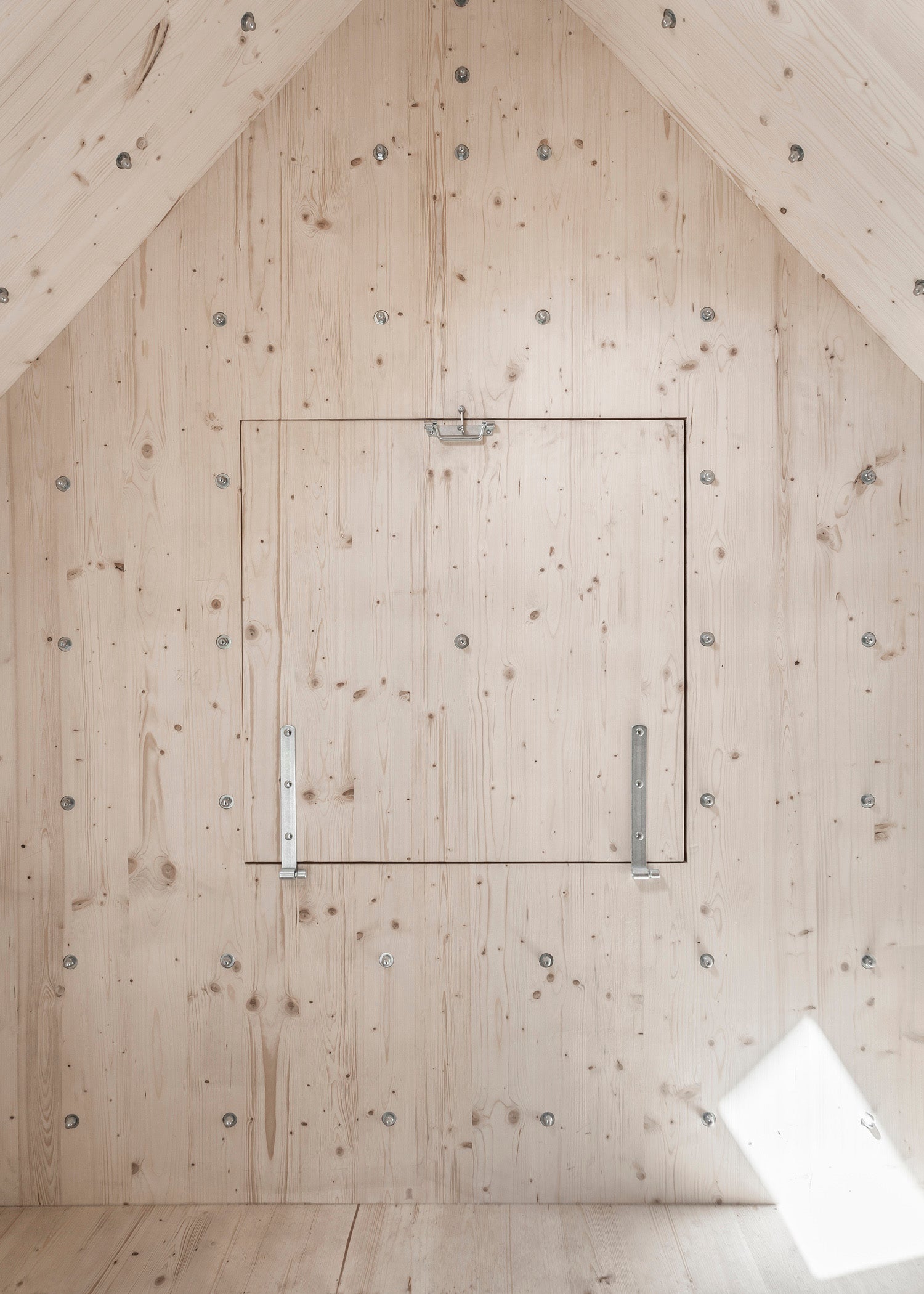 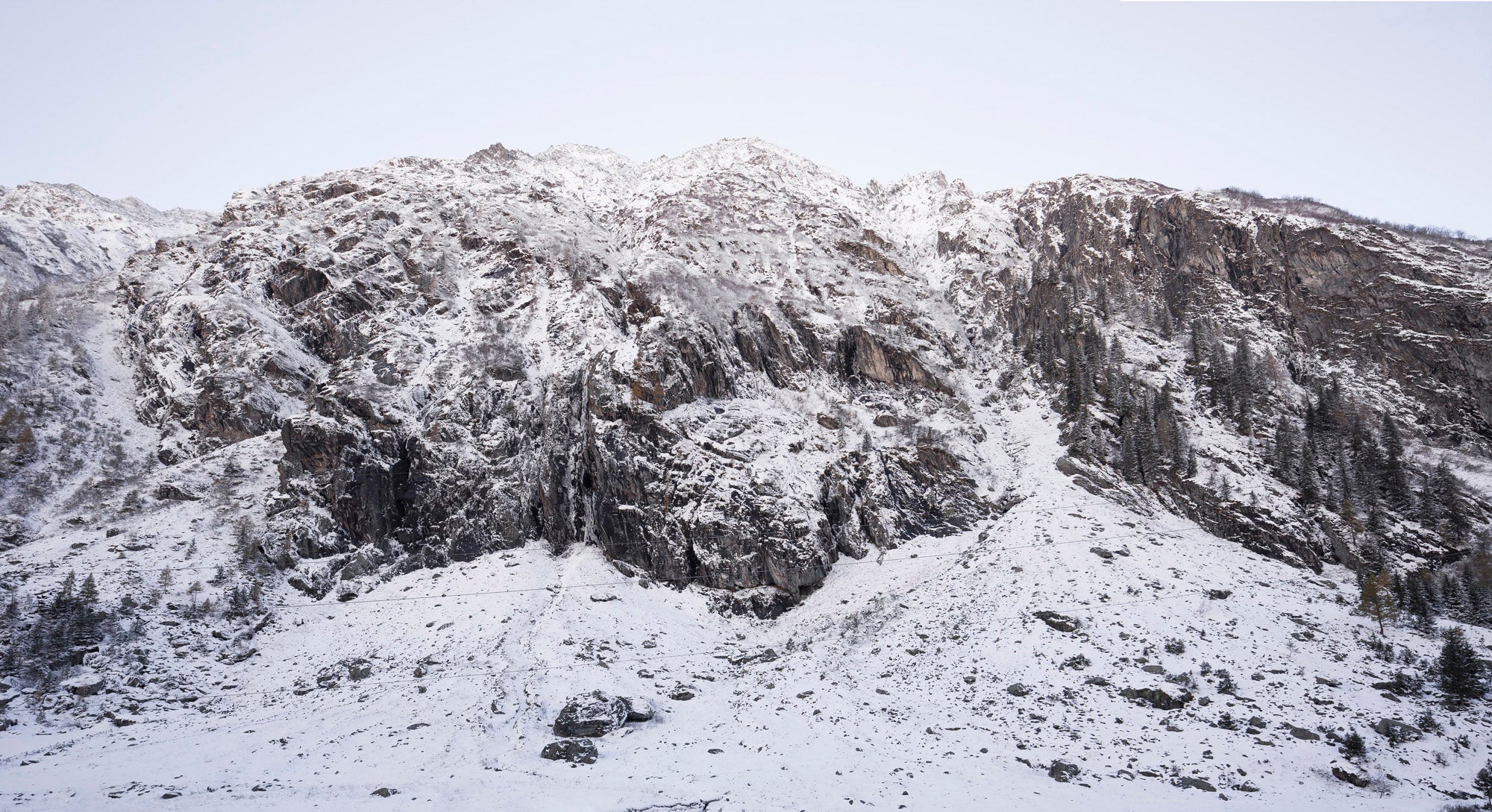 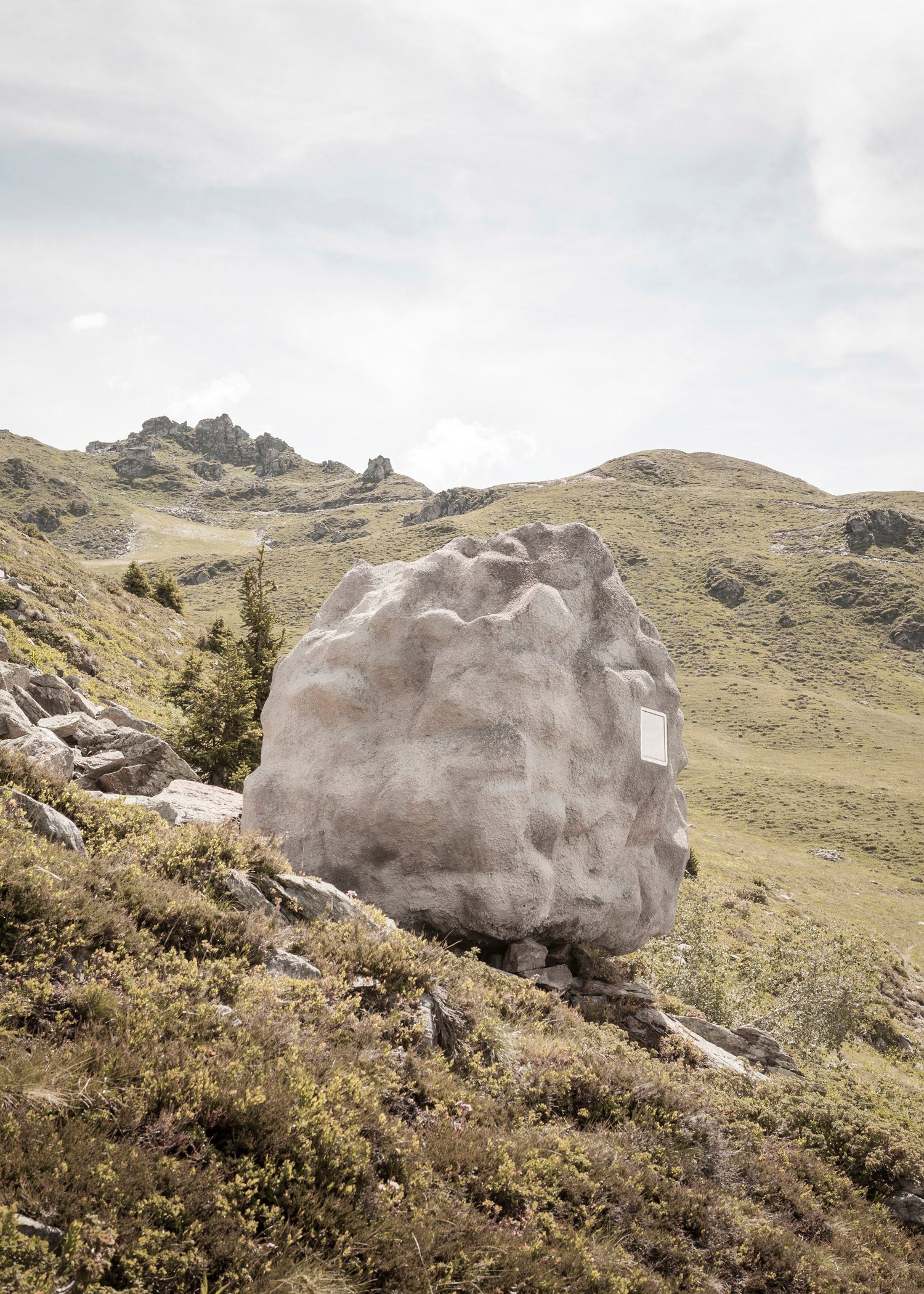 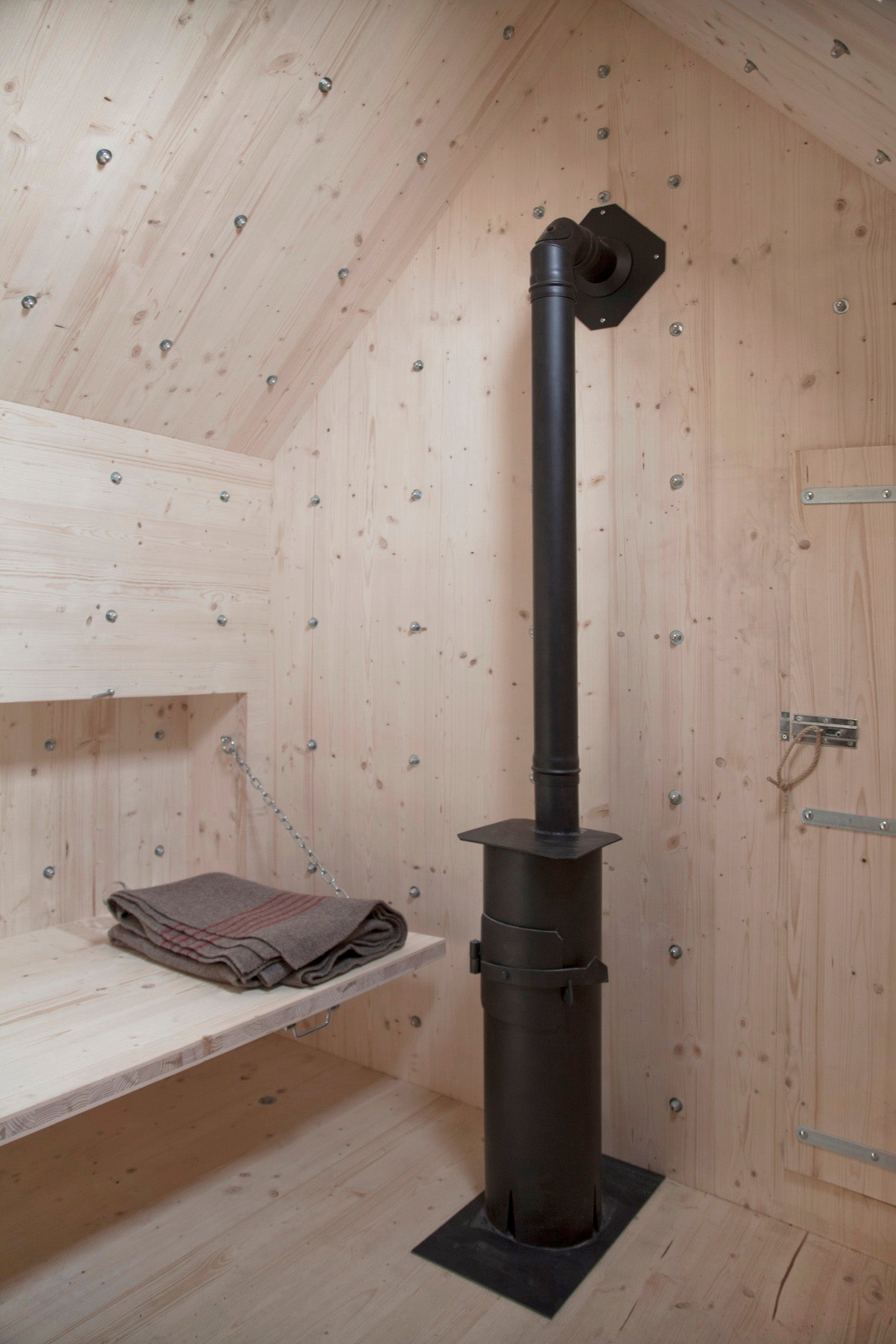