Skechers’ Game Kicks Sneakers Are A Wearable Version Of Simon

A distracted kid is more often than not a well-behaved kid. So for those times when a child’s phone or tablet has run out of power, Skechers is introducing a new line of shoes called Game Kicks that feature a built-in musical memory matching game that is played like Simon, except that these remain strapped to a kid’s feet. 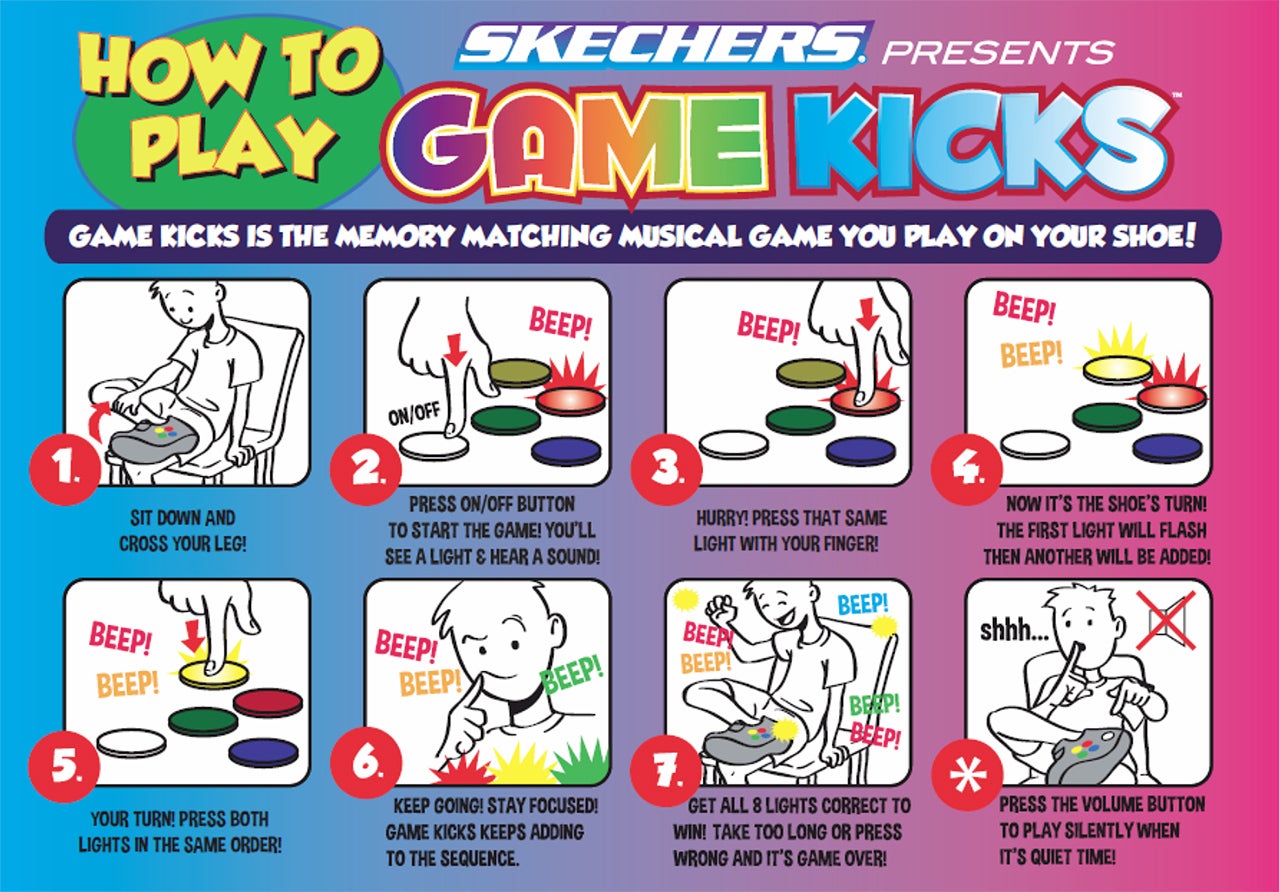 Available in a girl’s style that features light-up flower buttons and a boy’s version with light-up blocks, the game has kids recreating a blinking beeping pattern that gets longer and longer as they progress. Once they get eight in a row correct, they can claim victory. It’s simple, but it really doesn’t take much to keep kids entertained.

Available for $US65 starting next year, the Game Kicks sneakers also come with an all-important mute button so kids can keep playing when the sounds would otherwise give them away, or when there’s the risk of driving their parents mad. [Skechers]