Report: HTC’s Flagship Phone Might Get A New Name, Camera, And Processor 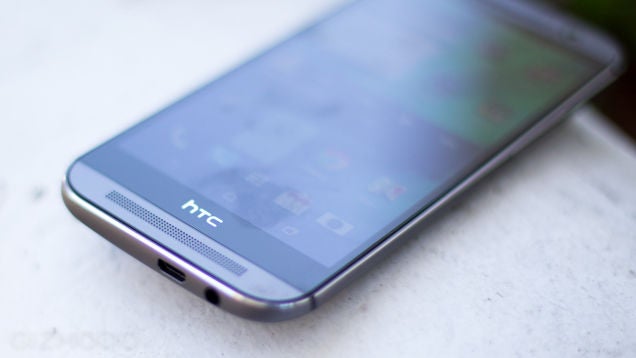 December usually brings a dearth of smartphones to fawn over. Most companies want your attention and wallets focused on what already exists, but that doesn’t mean the rumour mills are completely silent. A new batch of speculation from @upleaks details unconfirmed specs of HTC’s upcoming flagship.

That’s a lot of “whoah if true” for just one tweet. Earlier (and equally unconfirmed) rumours said that the M9, now supposedly codenamed “Hima”, would actually scale up to a 5.5-inch QHD screen. But @upleaks suggests that HTC will be sticking with the One M8’s 5-inch design along with a 1920×1080 display. That’s still 441 ppi, which is just fine by me. However, the rumoured Hima will get a pretty big processor bump by reportedly including Qualcomm’s newest top-of-the-line processor, the Snapdragon 810.

Launch date; March 2015. at MWC they will announce some Desire phones.

With the March date mentioned above, the timing would certainly be right for the new HTC flagship to include Qualcomm’s latest as Snapdragon 810 mobile development units went up for sale last week.

Another point of interest is HTC’s (still rumoured) decision to ditch the UltraPixel tech that’s been a proprietary camera feature on the company’s flagship devices since 2013’s M7. Instead, “Hima” might go with a beefy 20.7-megapixel shooter with a 13-megapixel front-facing option, recently seen on HTC’s Desire Eye smartphone, or perhaps stick the 4 UltraPixel camera on the front. The UltraPixel tech is actually pretty decent in low-light, and would be a good option for a no-flash environment.

With an expected update to HTC’s Sense UI to be expected, the only other standout leak is the 2840mAh battery. If the rumours are true, it definitely falls short of devices like the Droid Turbo, but running a Full HD LCD panel won’t munch on battery life as much as an QHD panel would.

Some say that “Hima” will be replacing the “M9” branding completely, but the moniker could also be the device’s internal codename rather than the official word we’ll see displayed on ads and packaging early next year.

All of these specs, as always, should be taken with moderate to severe scepticism. But would this particular combination of silicon and sensors, wrapped in HTC’s familiar aluminium frame, be something you’d consider? Tell us below. [@upleaks via GMS Arena]