California wants better batteries, which is why the electric company Southern California Edison is planning a set of, let’s say, unconventional energy storage solutions, including huge 450-gallon ice packs. Why? It all has to do with a little-known problem with California’s wind-reliant electric grid.

Wind turbines, you see, spin merrily into the night, generating surplus power even when there aren’t enough people awake to use it. That’s why electricity is often cheaper at night. Sometimes, the situation gets so absurd that the price of electricity actually drops below zero and becomes negative. The most obvious solution is to store that energy until demand is up again, but building batteries with hundreds of megawatts of capacity — enough to power millions of lightbulbs — is a tall task.

Recently, the New York Times reports, Southern California Edison held a competition to figure how to keep up after retiring a nuclear generator and natural gas units. Instead of constructing many new power plans, the electric company decided to build better batteries, including what will be the largest lithium battery in the world. 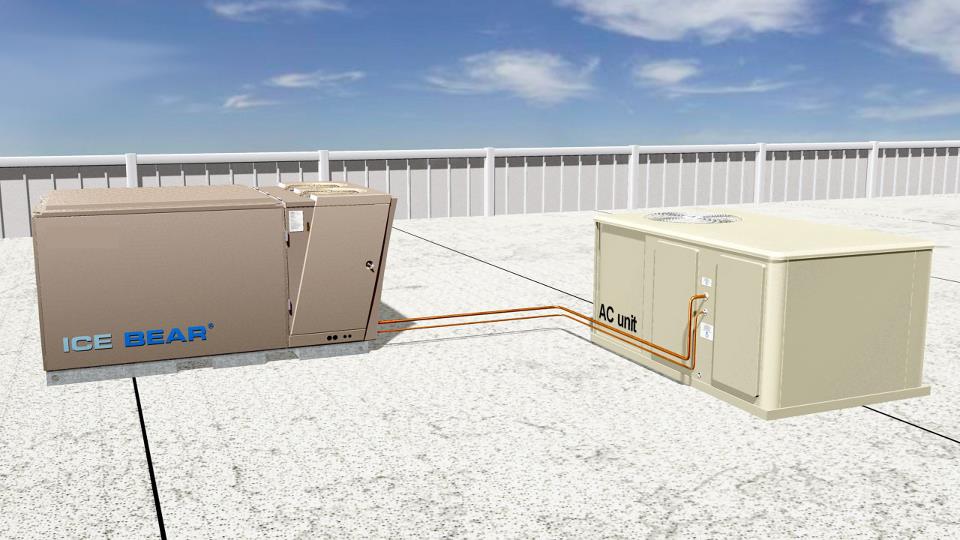 Even more intriguing, though, is the Ice Bear system, which uses ice for air conditioning. (AC is, of course, a huge strain on the electric grid in the hot California summer.) The Ice Bear system freezes water inside 450-gallon rooftop tanks using excess energy during the night. As the ice melts during the day, it’s used to cool air that is pumped down inside for air conditioning.

The Ice Bear system has been used at a relatively small scale for a few years, but this will be its real test for scaling up. The contract with Southern California Edison is bigger than all of its others combined. If electric grids are ever going to become more reliant on wind and solar farms — which can’t just shove more fossil fuel into the furnace (like coal or power plants) when electricity demand is up in the afternoon — we’ll need bigger and better batteries. Maybe even those made of ice. [New York Times]