Hilary Swank Is on a Mission to Mars in the Emotional...

Why Are There Roaches Inside My Computer? 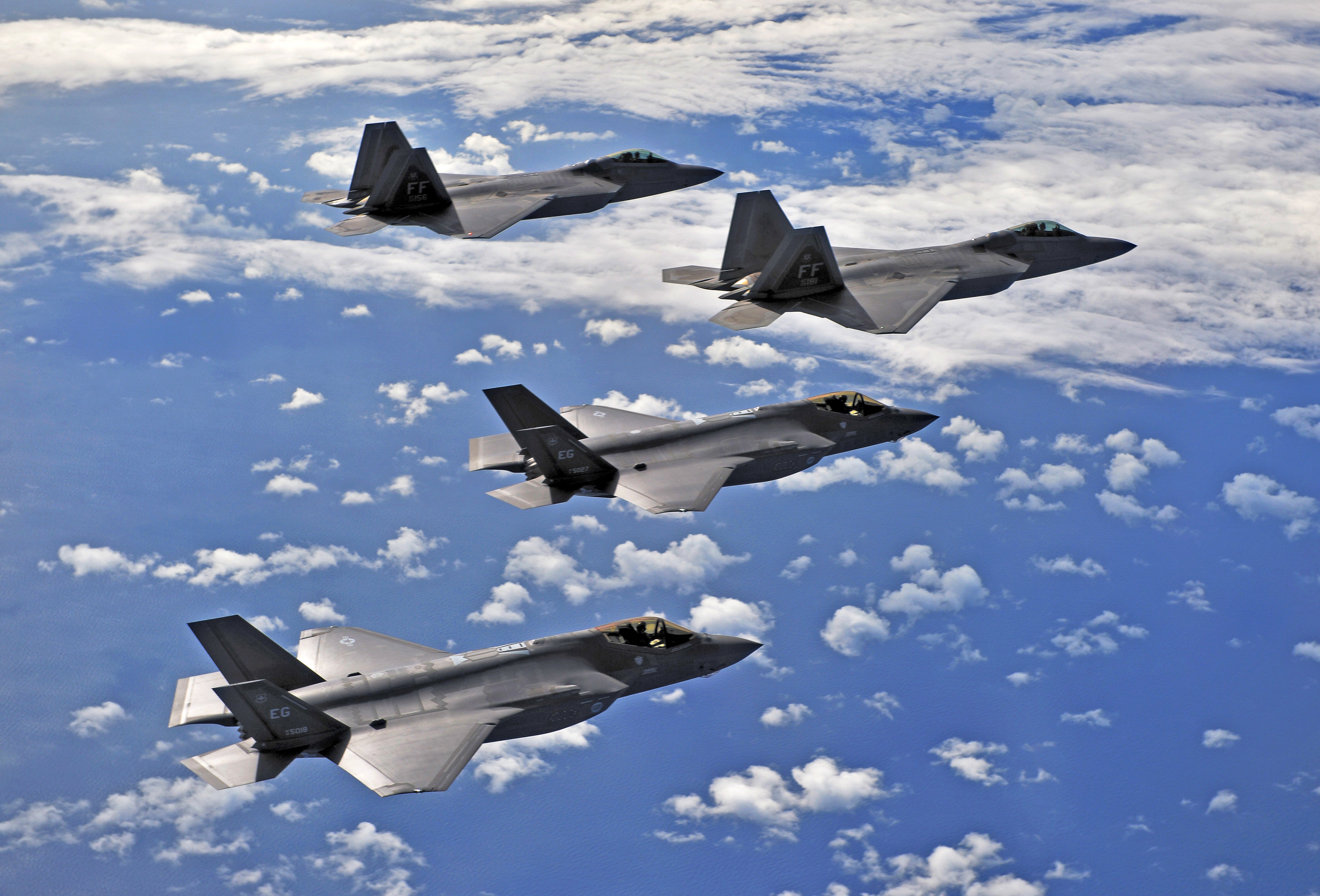 Behold the F-22 Raptor (top two) and F-35 Lightning II (bottom two) flying together for the first time in history. Arguably the two most technologically advanced military jets in the world, the Lt. Col. Matt Renbarger — commander of the 58th Fighter Squadron — says they mix together like peanut butter and jelly.

When the F-22 and F-35 come together, it brings out the strength of both aeroplanes The F-22 was built to be an air-to-air superiority fighter and the F-35 was built to be a strike fighter. These aeroplanes complement each other and we’re trying to learn how to take that from a design perspective into a tactical arena and be the most effective combat team we can be working with the F-22s.

These F-22 Raptors — from the 94th Fighter Squadron, Joint Base Langley-Eustis, Virginia — were moved to Eglin Air Force Base in Florida to fly integration training missions with the F-35A Lightning IIs from the 58th Fighter Squadron stationed there. These are some of the images. 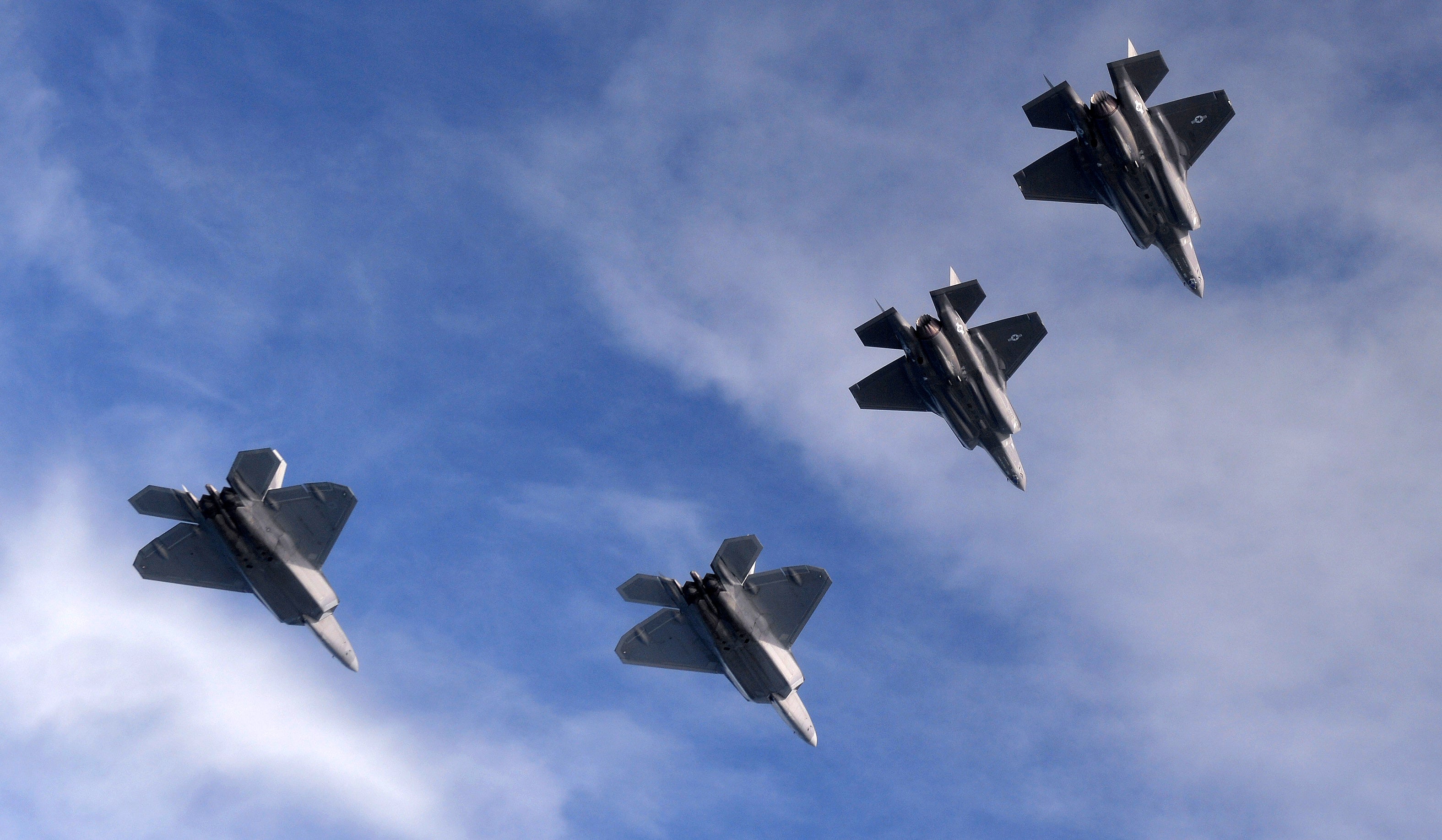 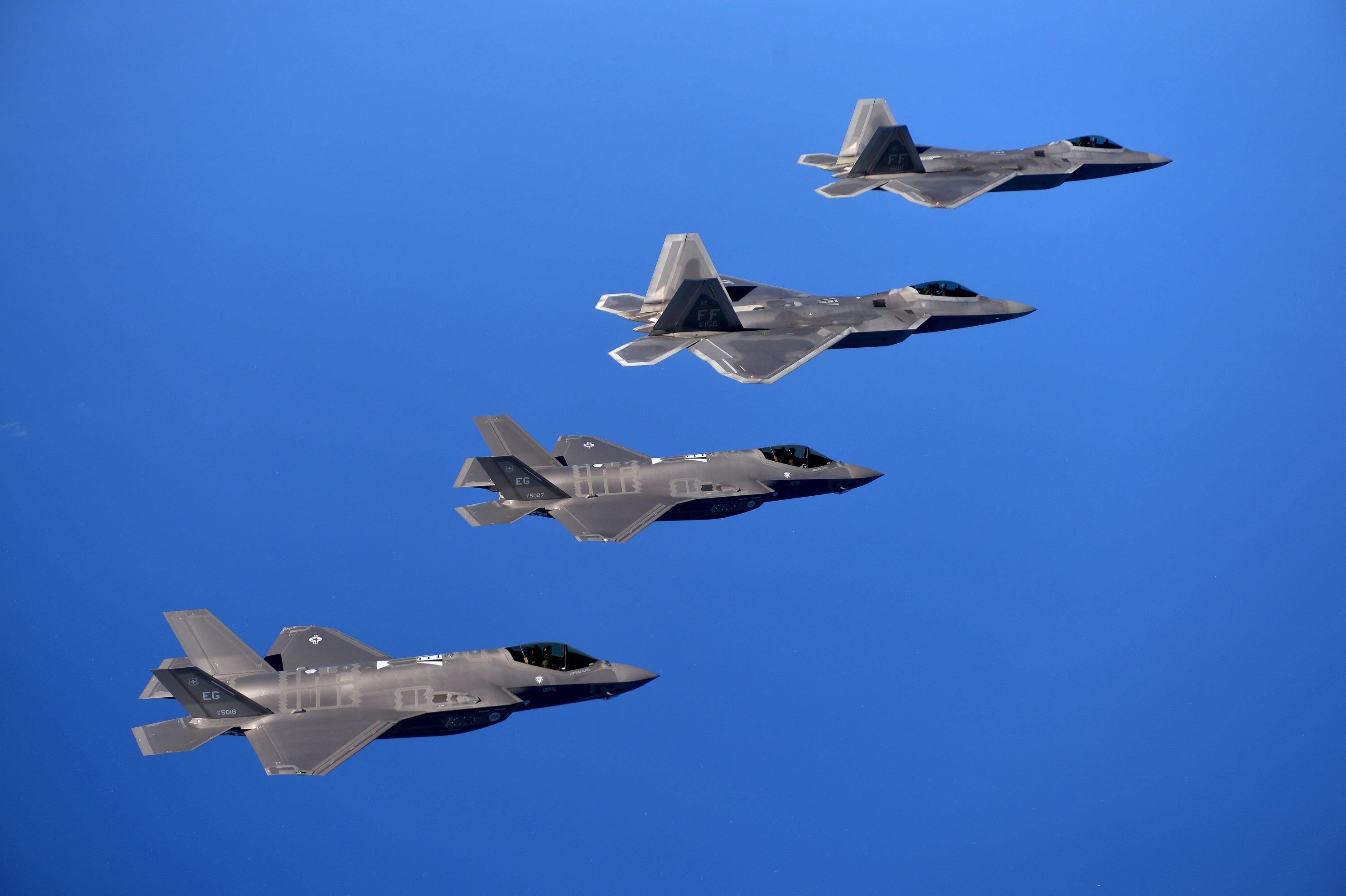 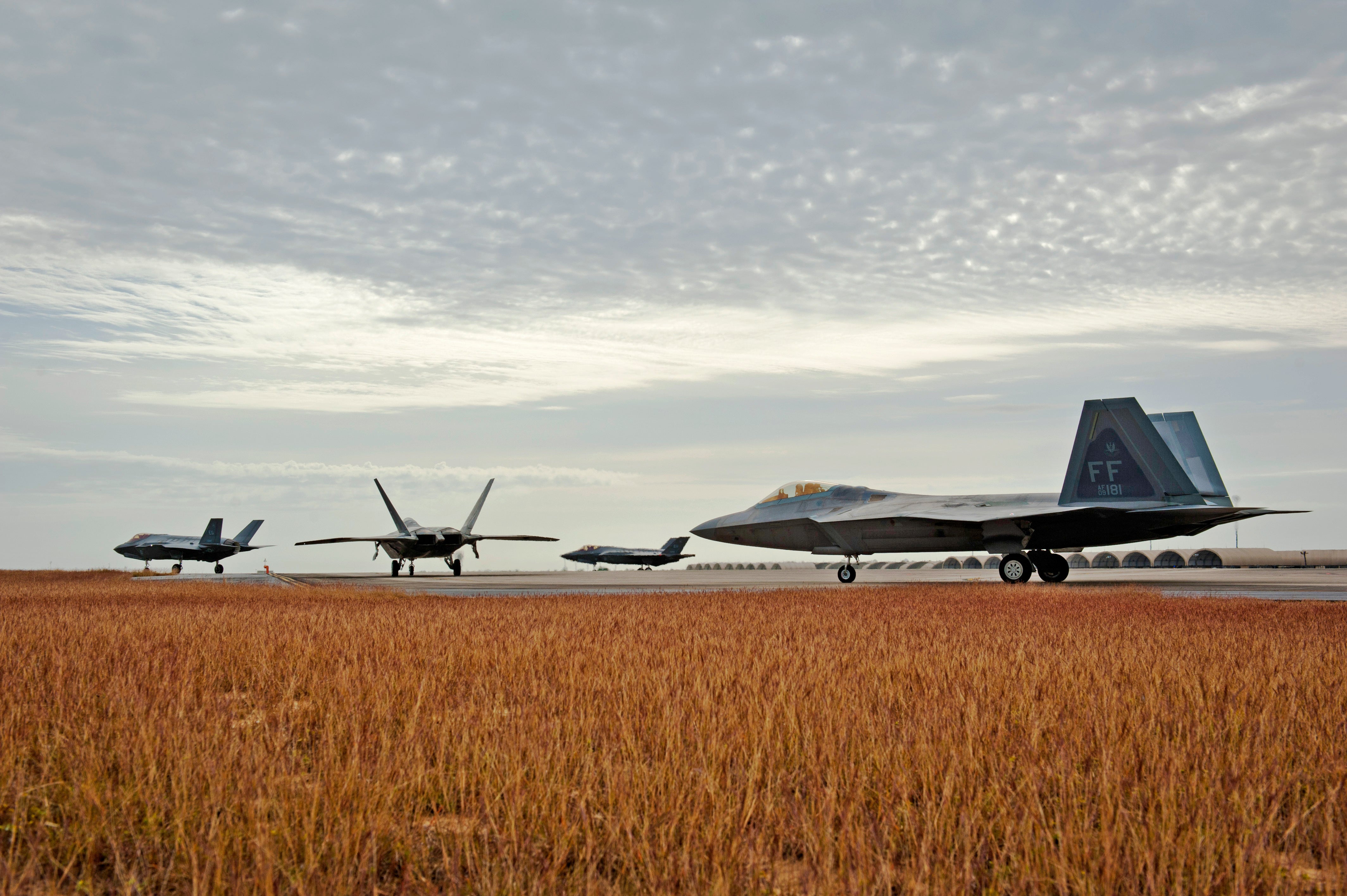