Hydroceramic Walls Could Cool Buildings By Sweating Like Human Skin 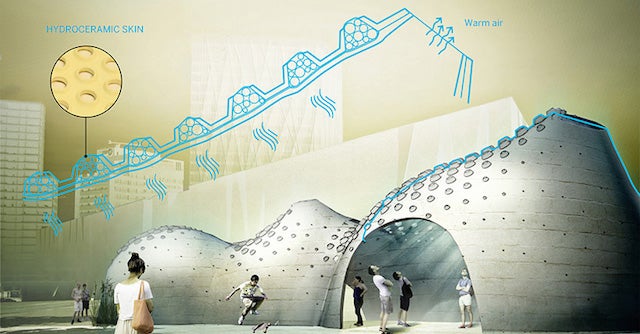 Our reliance on air conditioning, however magical an innovation, has become a serious environmental burden. Which is why researchers in Barcelona designed a material they say can naturally cool rooms by about 5C, using a moisture-absorbing polymer that “sweats” much like our own body.

Check out this prototype by The Institute for Advanced Architecture of Catalonia Barcelona for a “hydroceramic”, a composite material that uses evaporating water to cool its surface.

At the core of the idea are hydrogels, magic little boba-like polymers that can expand up to 400 per cent when absorbing any moisture around them. Then, as the water evaporates, the hydrogels shrink, releasing the water and cooling the area around them. 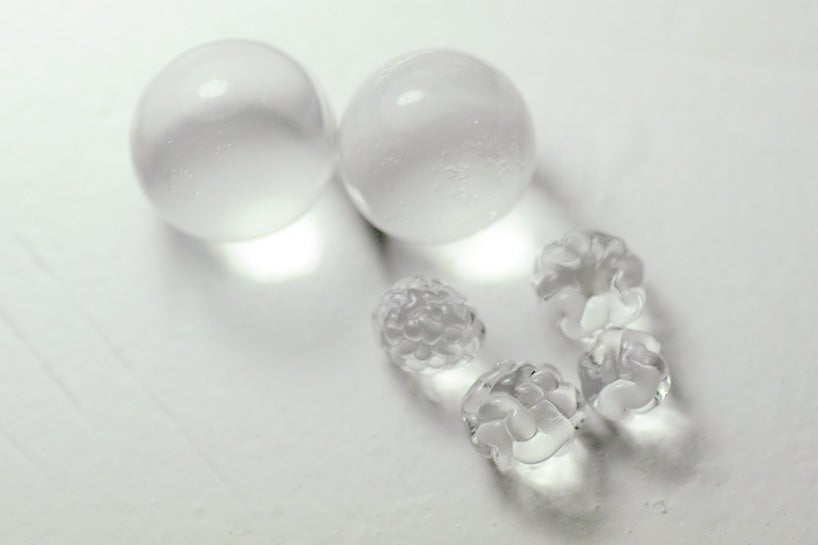 A hydroceramic material takes hydrogels and sandwiches them between fabric and ceramic to create a kind of membrane-wall that absorbs and sheds moisture, much like skin. The students claim they can reduce energy consumption by 28 per cent as well as construction costs when the hydrogels are installed in something inexpensive like clay. Of course at this prototype stage time will tell if that claim proves to be true.

While there are plenty of “passive cooling” concepts for building, this idea can’t really be beat when it comes to cheap materials and simplicity. And who wouldn’t want to live in a little adobe dome with a roof that sweats so we don’t have to? [design boom, BetaBeat]