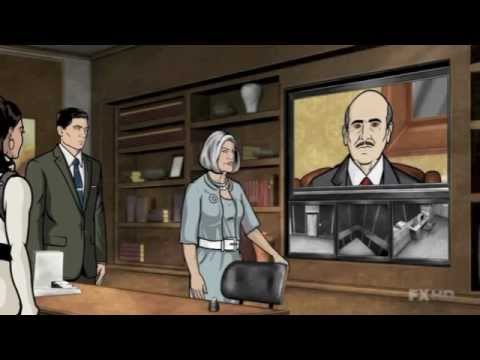 Everyone’s favourite animated spy Sterling Archer, and his colleagues at the International Secret Intelligence Service (or ISIS) are in a bit of a fictional pickle: they now accidentally share a name with Islamic State extremists who are currently terrorising Iraqis, threatening anyone who challenges them (including Australians) and beheading people for spectacle — awful. Here’s how one of our favourite shows plans to deal with this mess.

Showrunner Adam Reed spoke to The Daily Beast this week and said that, rather than address the problem head on and acknowledge the name clash in the show, the storyline will skirt right around it.

The fake agency will be merging with the Central Intelligence Agency in the sixth season of the show, and the ISIS name won’t be mentioned in dialogue again.

We were waiting for it to go away, at least I was. Back in Season 5, FX said, ‘This might be a thing,’ and I thought, ‘Maybe it won’t be? Maybe it’ll be the mole that I’m gonna ignore and nothing will happen.’ We got sort of lucky and could organically make a merger with the CIA, so we went back and retroactively painted out the ISIS logos in parts of the show, and we just don’t talk about it in dialogue.”

Executive producer Matt Thompson said in the interview that the only real visual reference we’ll see is someone rolling the circular ISIS logo off the set. Very dignified.