Reuters: The Next Apple Watch Will Track More Fitness Data 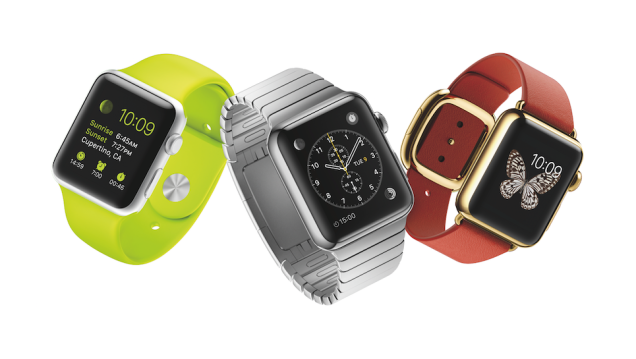 The Apple Watch, as it exists right now, is pretty sweet. If you're tempted to snag one as soon as it hits the shelves some time next year, we won't blame you. But here's a reason to hold off right now. There's already evidence that a better, richer Apple Watch might be here in 2016.

This presumes that the company sticks to its cycle of yearly updates for its flagship products, of course.

Reuters cites two people familiar with Apple's plans as saying that the company plans to unveil richer health features and additional sensors in later versions of the Apple Watch. Naturally, these sources are anonymous.

Currently, the Apple Watch measures standard fitness metrics like heart rate and speed among other things. But considering the rumours leading up to the grand reveal on Tuesday, future versions of the Apple Watch might be able to measure your glucose levels, hydration, sleep and even sweat, considering how many medical experts Apple has recently hired. Back in June, a Wall Street Journal report claimed that Apple's wearable would feature over 10 different sensors (they didn't say if they would all be included in the first version of the device or over the next few generations).

If you're still angling for the Watch, it's important to remember that this is, after all, a first-generation product. The first iPad, for instance, seemed pretty radical when it was released a scant four years ago, but next to the iPad Air, its a brick. The same is true for the first iPhone and the iPod.

If you can hold off dropping that $US350 for a year, do. Good things come to those who wait. [Reuters via Cult Of Mac]