There are some pains that are easily resolved with a couple of aspirins and a good night's sleep. But there are other pains that are far more persistent, and Philips is hoping to provide those that suffer from chronic aches with some drug-free pain relief using a couple of new iPhone-connected devices. 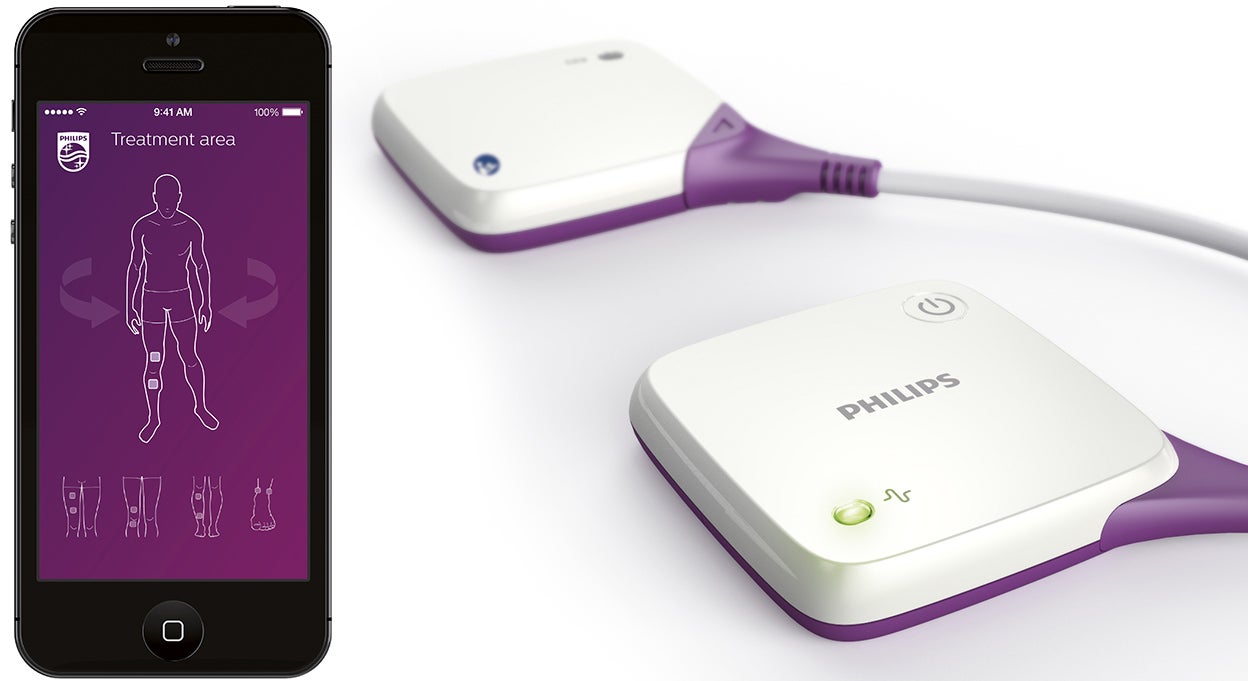 The PulseRelief, which sort of looks like a set of wireless headphones, provides TENS (transcutaneous electronic nerve stimulation) therapy whereby electrical pulses of varying intensity and frequency — all controlled from an accompanying iOS app — are passed over the wearer's skin. This in turn activates nerves underneath the skin which stimulate the body's natural pain-suppressing capabilities, providing temporary relief. 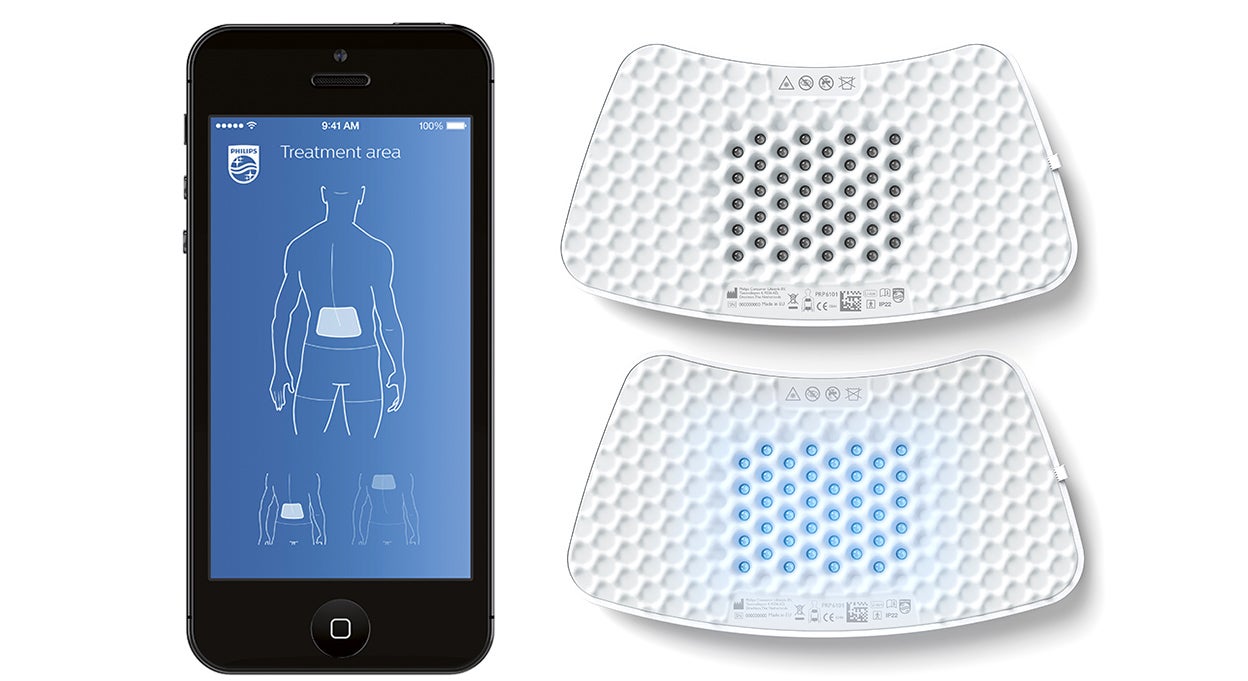 Philips will also be releasing a device called the BlueTouch to help specifically battle muscular back pain. But instead of electrical stimulation, it blasts the wearer with a blue LED light that supposedly encourages the body to release nitric oxide which increases blood flow and helps the body recover naturally, without the need for drugs. So it doesn't sound like an immediate source of pain relief, but through continued sessions it should help speed along recovery from a painful strain or injury.

Both devices should be available in the coming months, although specific pricing info hasn't been revealed. And it seems the accompanying apps are iOS-only, at least for the time being. But it makes sense given that iPhone 6 Plus users will certainly be feeling it in their backs while they get used to using such a monstrous device. [Philips via Chip Chick]