NASA Photos Show The Devastation Brought By The King Fire 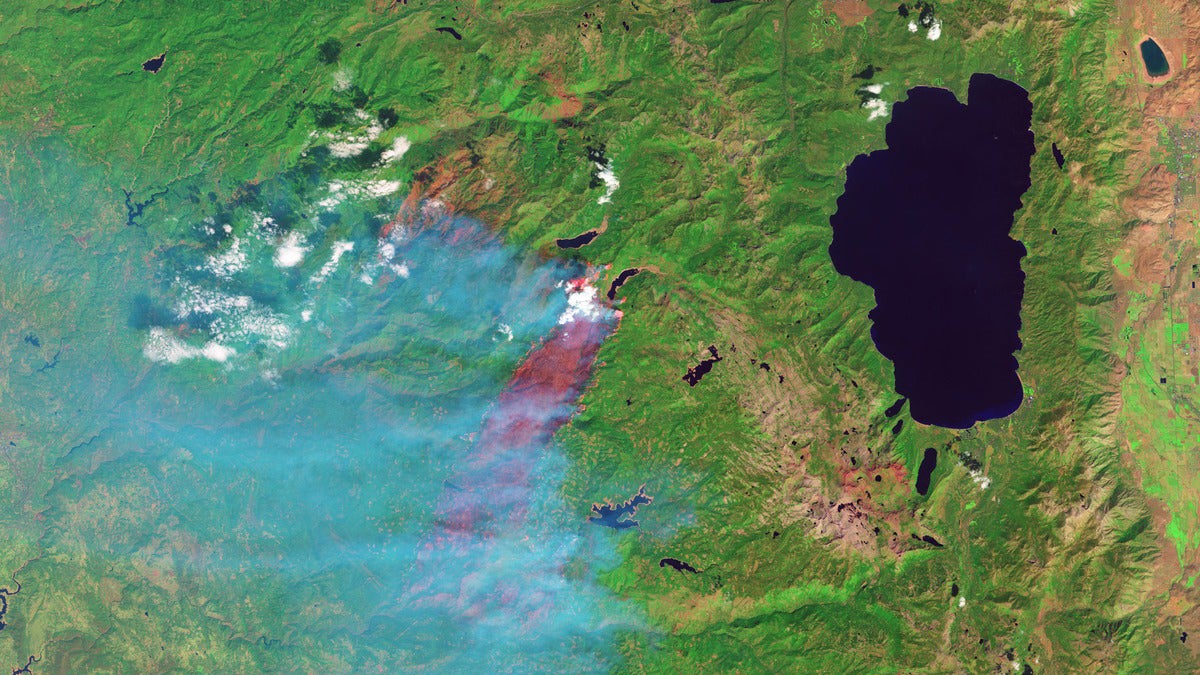 The King Fire in California has been burning for just 12 days now, but that's been long enough for the fire to eat up hundreds of thousands of acres and destroy a number of properties. This NASA photo of the area puts all that into perspective.

The infrared photo (artificially coloured by NASA) was taken on 19th September, and shows the area destroyed by the fire in red. Although it doesn't look huge to begin with, bear in mind that's Lake Tahoe in the top-right: the biggest lake in the US after the Great Lakes, some 35km long.

The fire is now said to be 43 per cent contained, with rain both helping and hindering firefighters in putting the blaze out — rain kills the spread, but also brings flash floods, not the kind of danger you traditionally associate with firefighting. [Washington Post]