iOS 8.0.1 Is Here With HealthKit And Other Fixes

Just before Apple was set to spring iOS 8 on the world, a bug prevented the launch of the operating system with HealthKit apps, rendering one of Apple’s marquee new features temporarily useless. Just days later, the first update to iOS 8 fixes the bug, so that HealthKit apps can finally go live.

The update is currently rolling out over the air to devices. iOS 8.0.1 also fixes a few other issues including a nagging bug with the new third-party keyboards functionality. See the full changelog in the screenshot image below.

Update: iOS 8.0.1 also has a little unintended side-effect where it breaks cell connections, at least on new iPhones. Don’t install it yet! 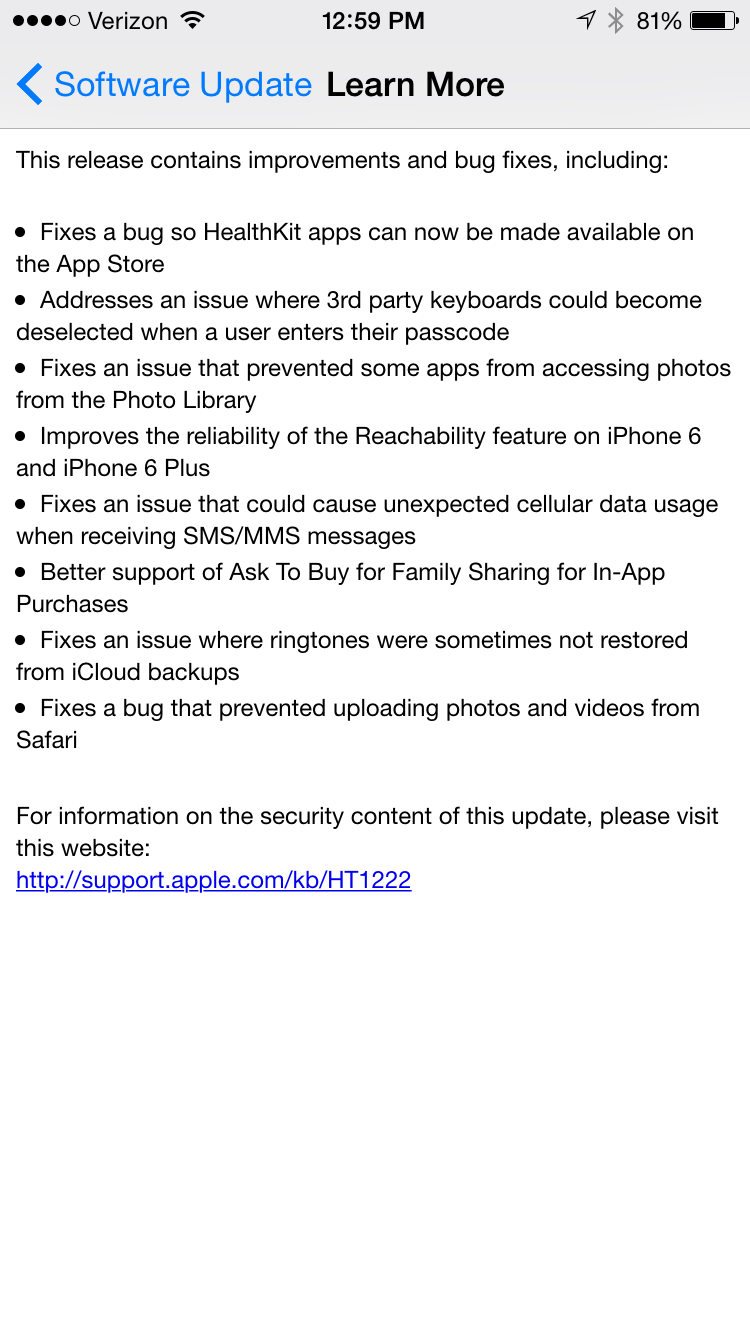