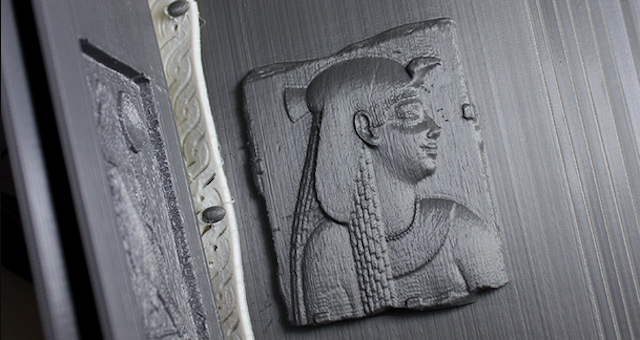 3D scanning and printing has changed the way medicine is practiced and businesses are run, but some of the less life-altering things it does are no less awesome. Take Tom Burtonwood's Folium, a book of printed "pages" that each contain a different piece of art you can actually feel with your hands.

Burtonwood scanned nine pieces of art and sculpture, ranging from 664 BC to the 20th century, at the Chicago Institute of Art. Using Autodesk's 123D Catch and Recap photogrammetry, he was able to capture and the subtle topography of each piece in model space, then print them as pages for the book. There's a relief of Buddha's Footprints from second century India. A portrait of George Washington from the 19th century. Even a nod to Chicago's own architectural heritage — the last page contains a relief of a panel designed by Louis Sullivan. 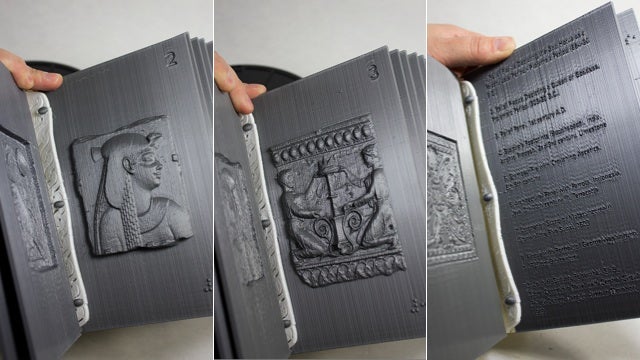 The project is made even cooler by the fact that the cover and table of contents is written in braille, so the visually impaired can enjoy these works of art by feeling them. The entire project has been released under a Creative Commons Licence, which means that you can head over to Thingiverse and print your own copy right now. Because the way the book is designed, the pages can also be removed from the binding — so you could, say, make a cast of each piece using the negative space on the back of the page. 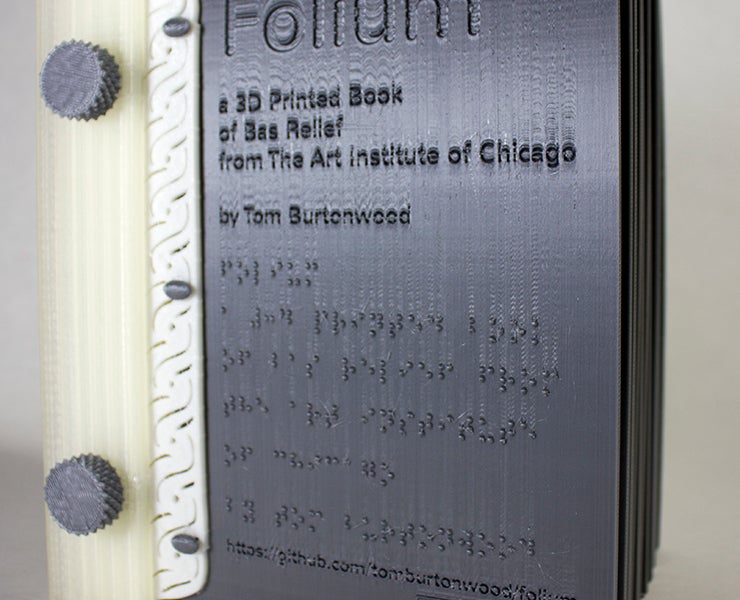 For centuries, these pieces of art have stayed cloistered away inside of museums. Burtonwood is bringing them out for us to actually touch (the horror!) and in the case of the blind, perhaps experience for the first time. [Tom Burtonwood; via Boing Boing]