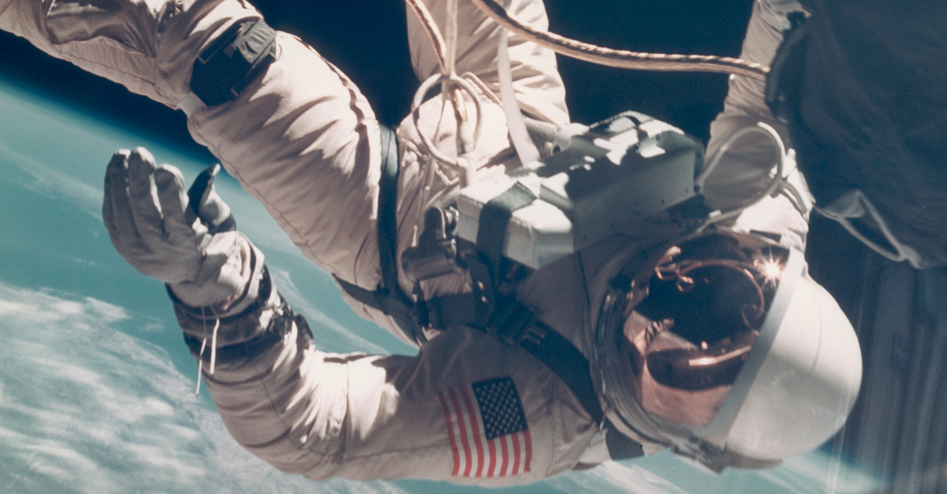 The idea of floating in orbit, protected from the void by mere inches of material, is one we've grown pretty blasé about over the years. But it's a terrifying, marvellous, sublime thing — and a new exhibit of rare NASA photos attempts to remind us of that fact.

Earlier this year, Gizmodo's Jordan Kushins wrote about an exhibition of vintage NASA images called For All Mankind at London's Breese Little Gallery. The show turned into a blockbuster hit, and now, Breese Little is staging a second round: Encountering the Astronomical Sublime: Vintage NASA Photographs 1961‐1980, another batch of rare NASA photos that focus on something that seems almost antithetical to NASA — the sublime. 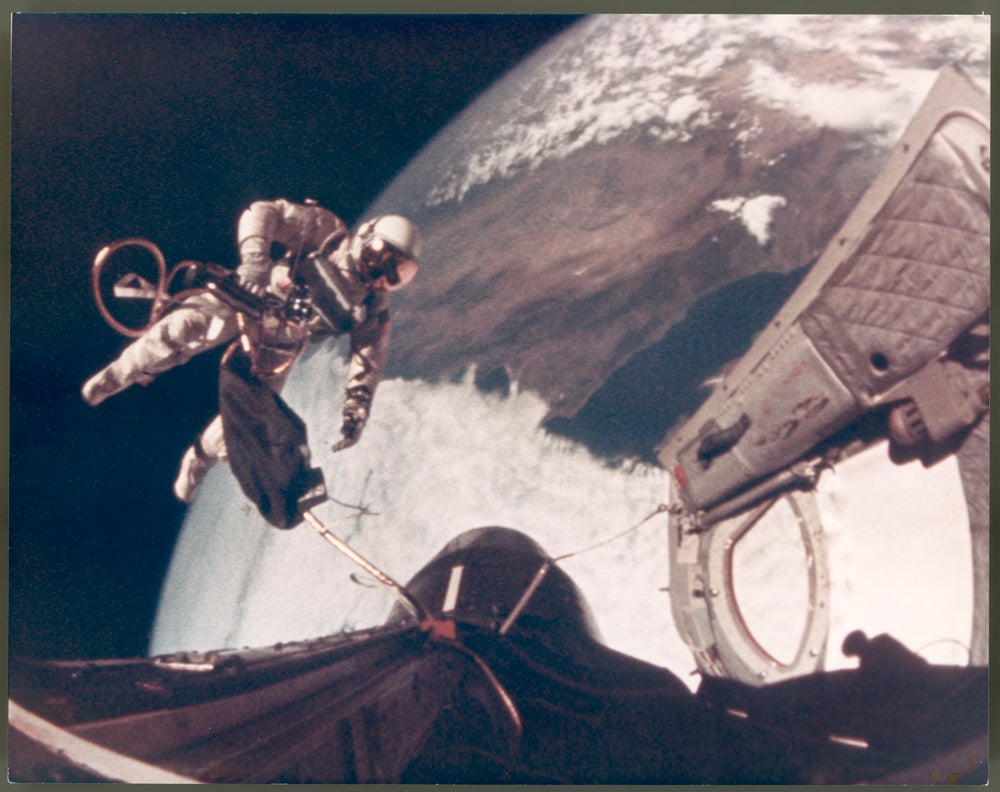 What does that mean? There's a cynical explanation: NASA's funding depends on the support of the taxpaying public, and the images its astronauts brought back were absolutely critical in creating a sense of wonder and awe in the public. But as the curators point out, there's also something truly and purely incredible about the idea of capturing " astronomical phenomena and energy wavelengths imperceivable to the human eye... Far from objective records, they are crafted to epitomize an unknowable grandeur."

The curators in the show compare NASA's images to the great history of American artists who've tackled the sublime. 19th century America had the Hudson River School. The early 20th century had Ansel Adams. And we have the astronauts snapping images from orbit. It's tough to argue with that logic. 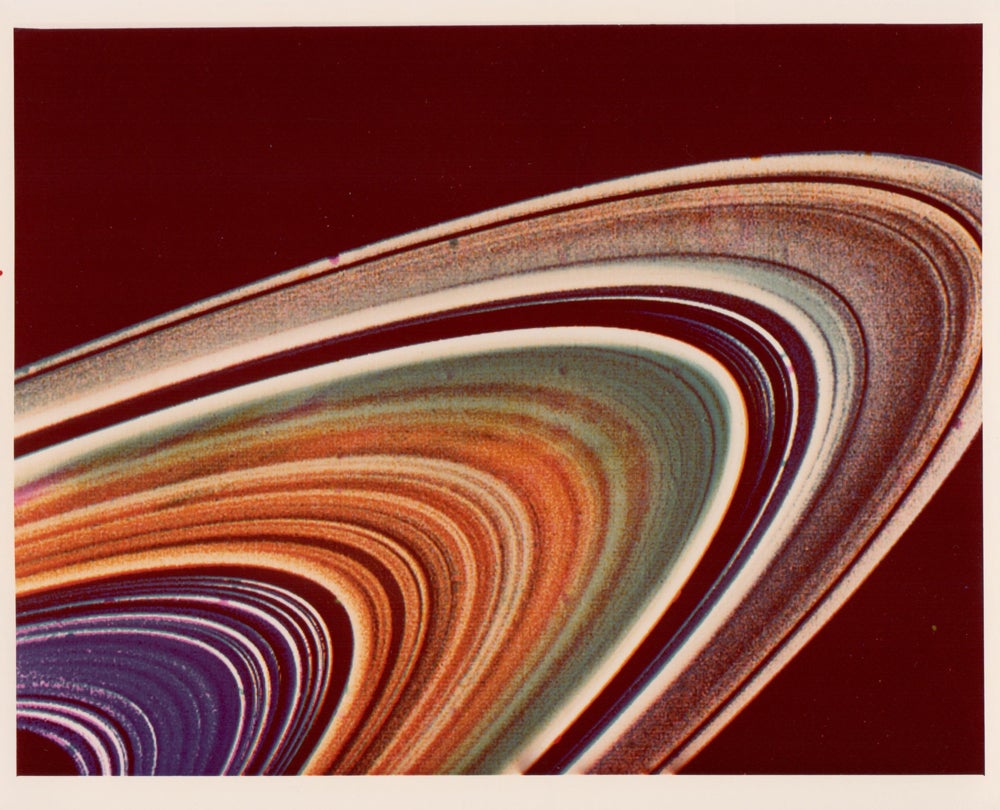 They drive the point home with a quote from Apollo 14's Edgar Mitchell:

Suddenly, from behind the rim of the Moon, in long, slow‐motion moments of immense majesty, there emerges a sparkling blue and white jewel, a light, delicate sky‐blue sphere laced with slowly swirling veils of white, rising gradually like a small pearl in a thick sea of black mystery. It takes more than a moment to fully realise this is Earth…home.

The photos below are culled from the show's total of 80 images, which come from eight different missions ranging from Surveyor to Skylab. Encountering the Astronomical Sublime is on view beginning tomorrow until October 25. 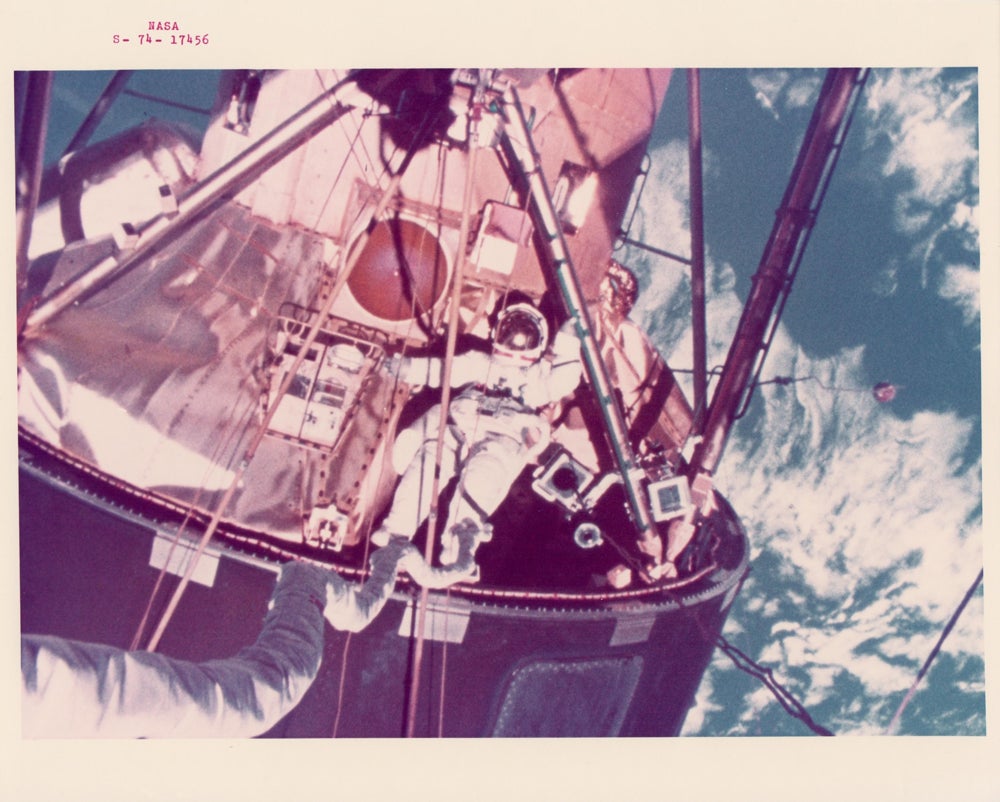 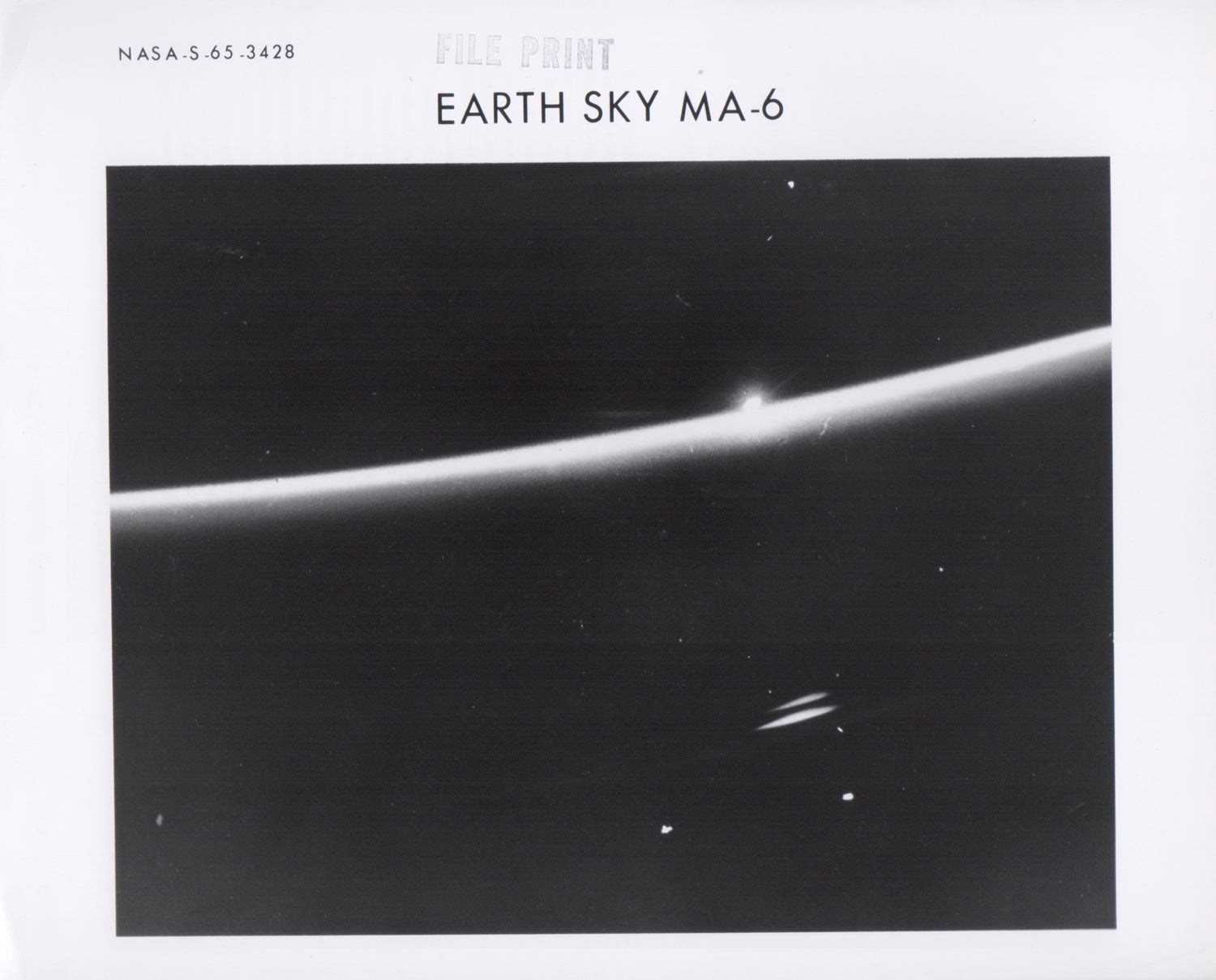 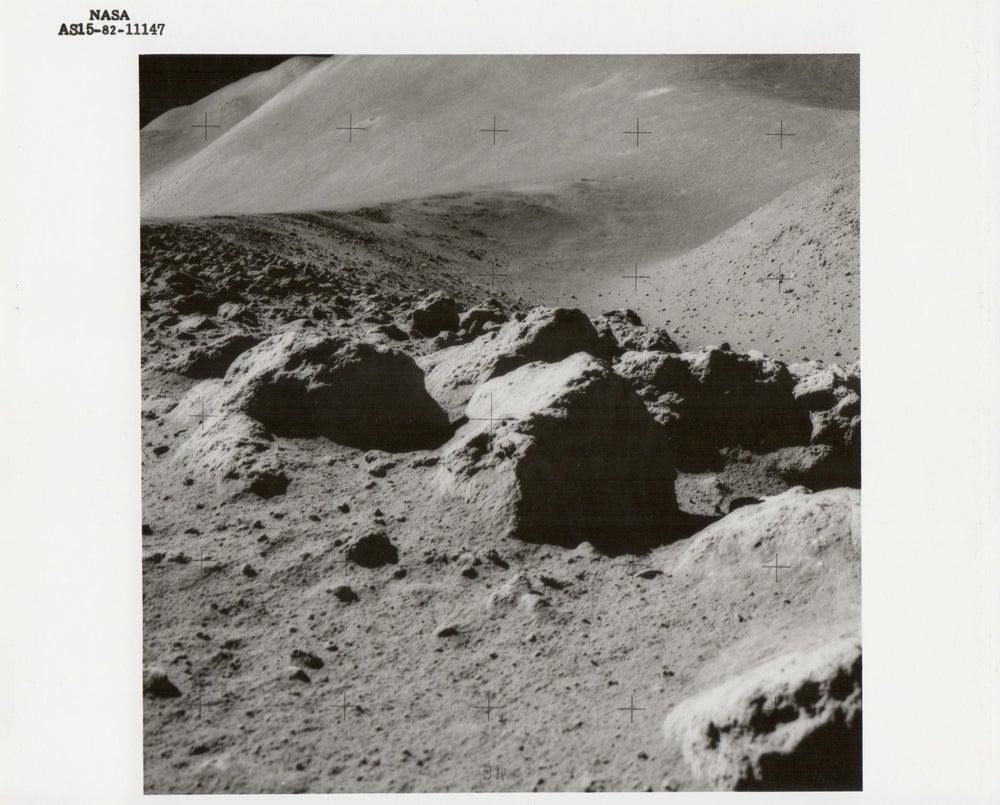 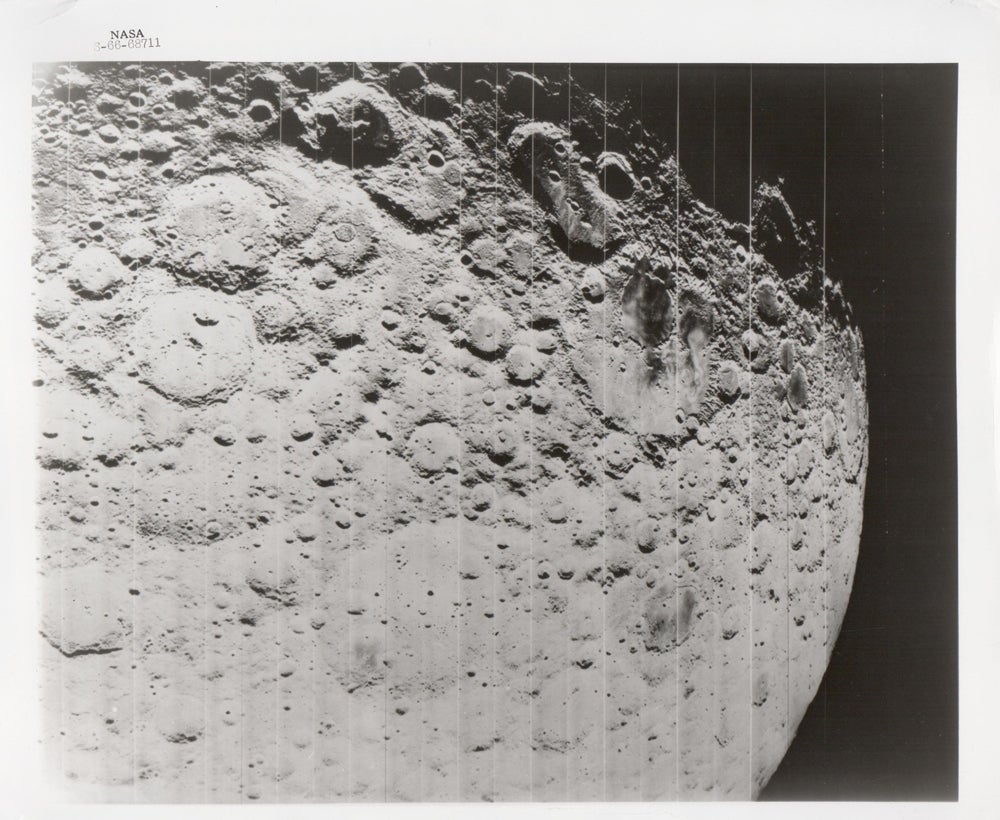 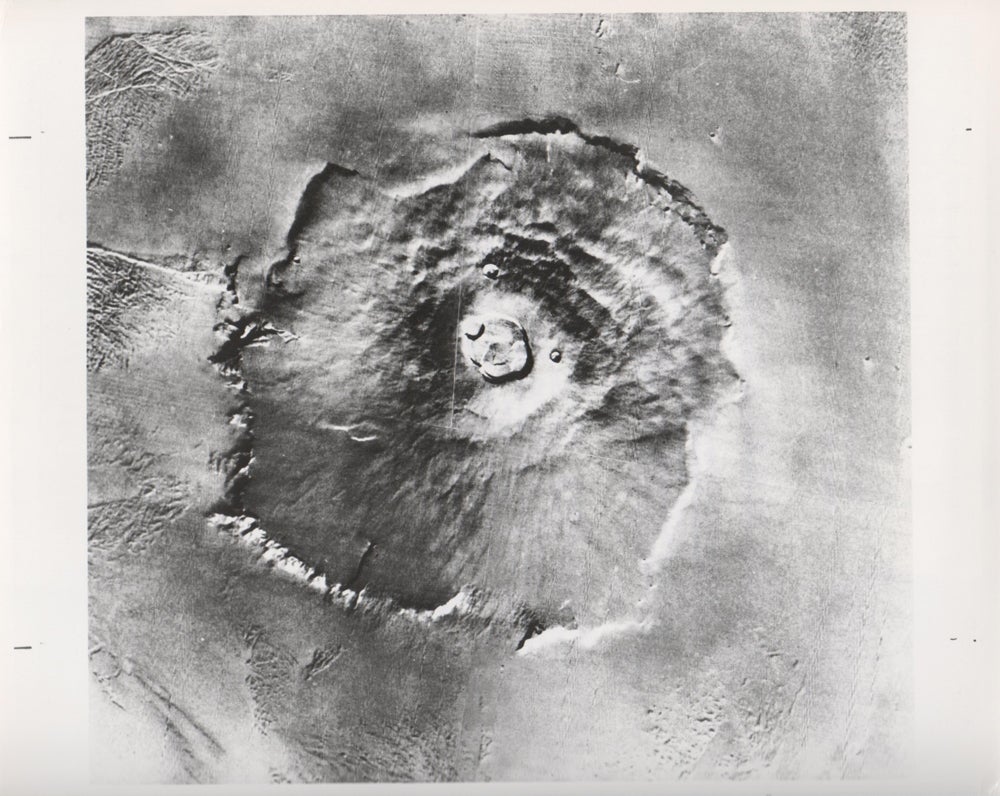 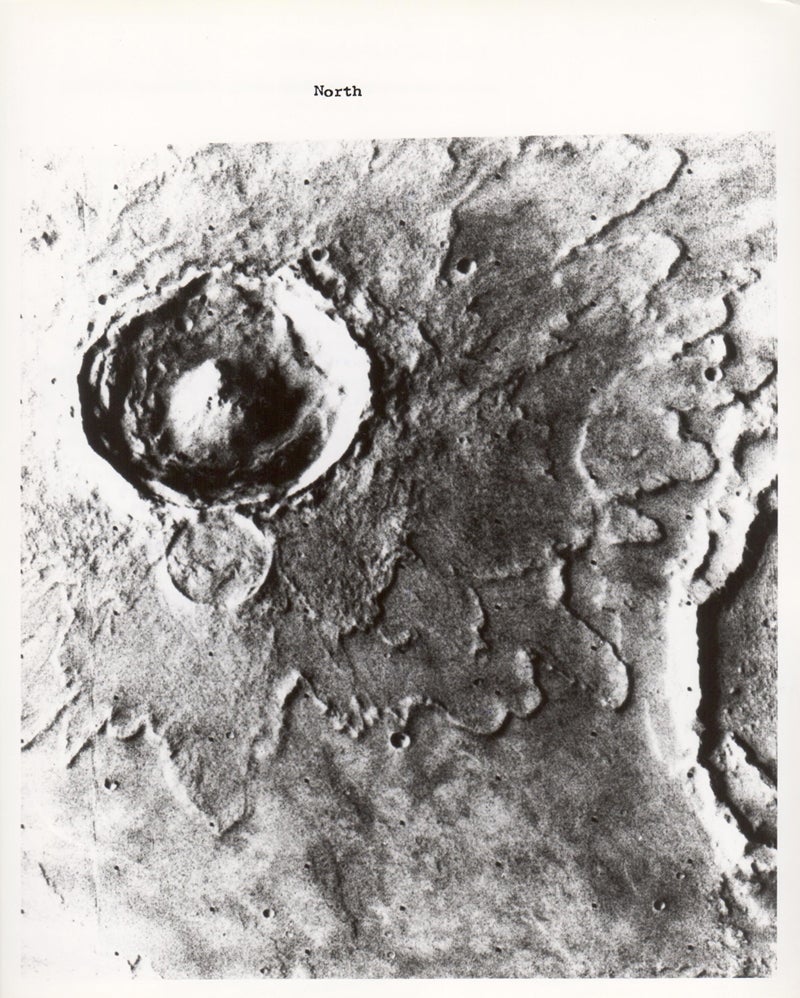 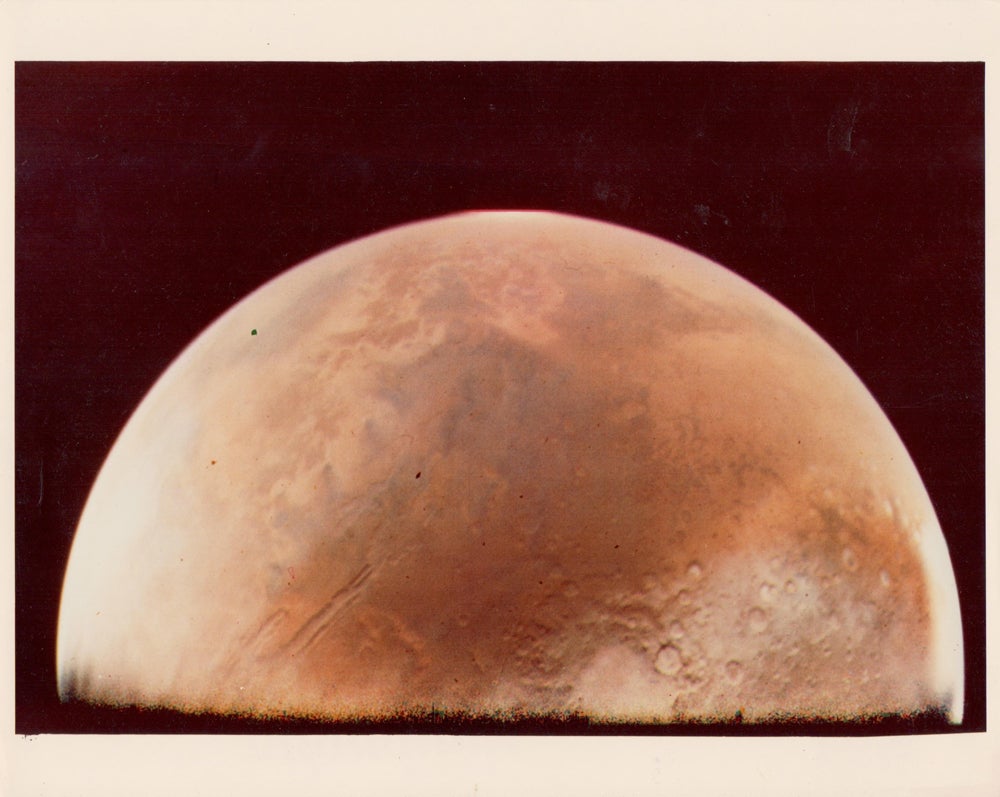 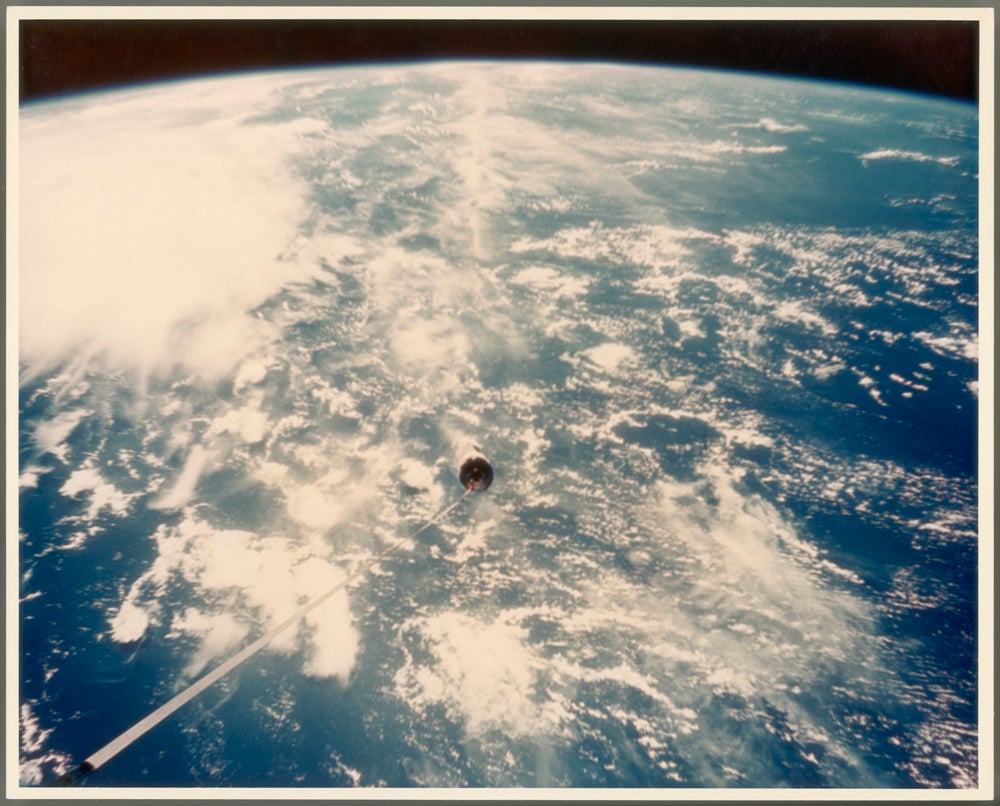 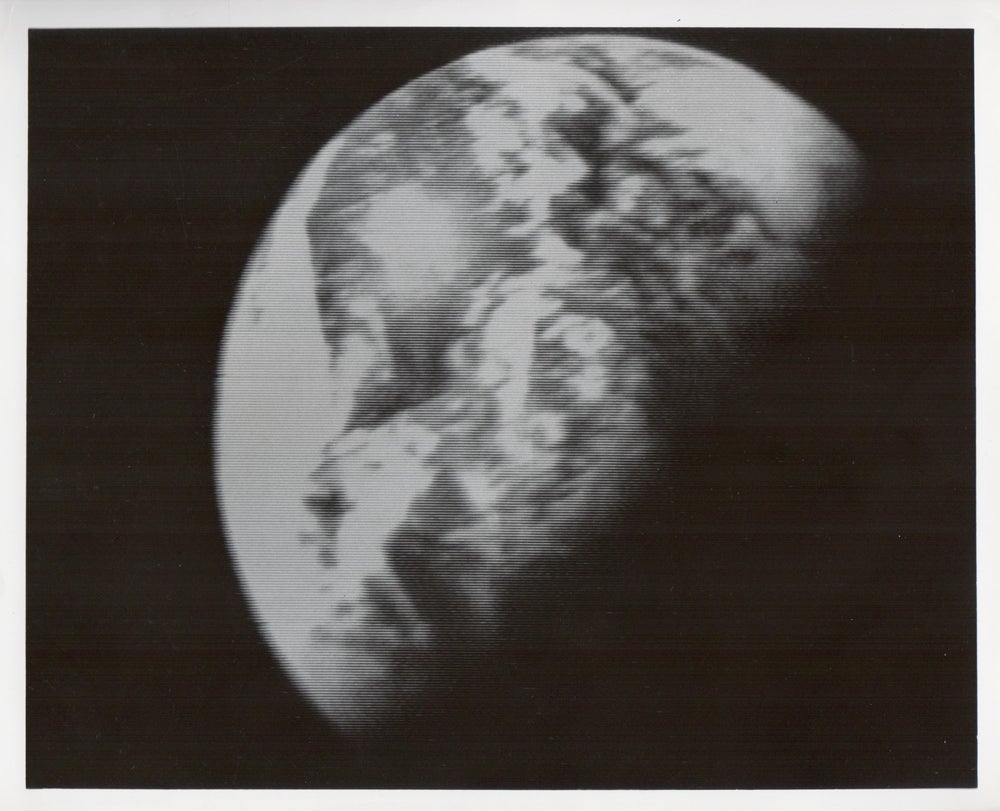 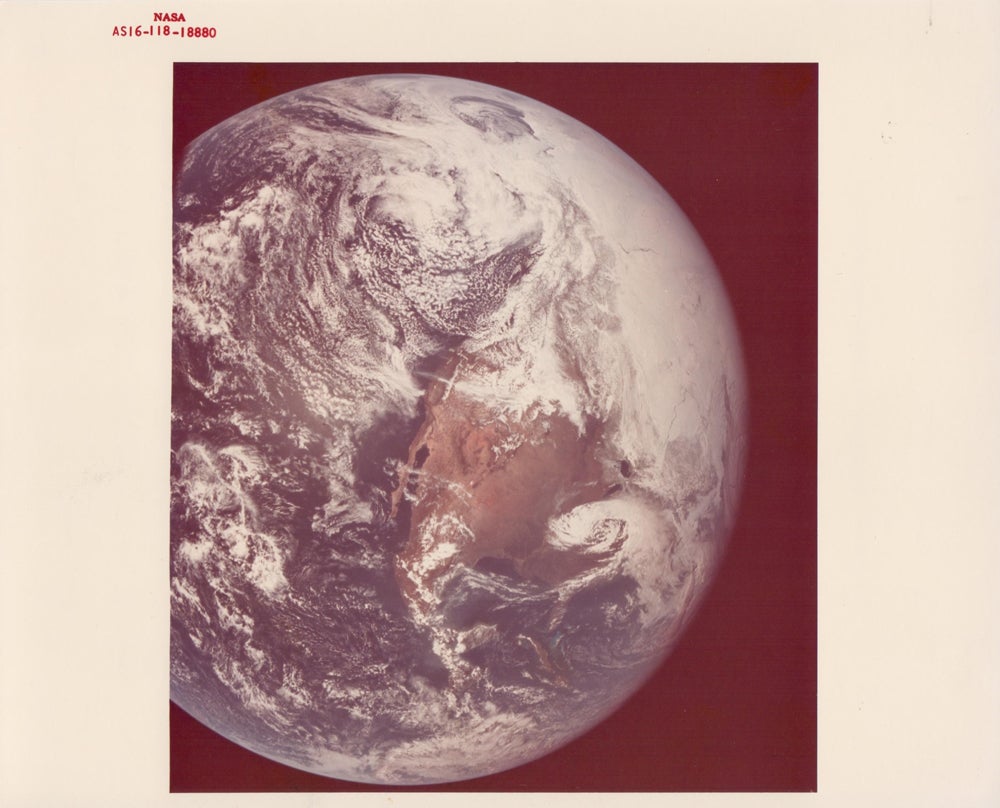 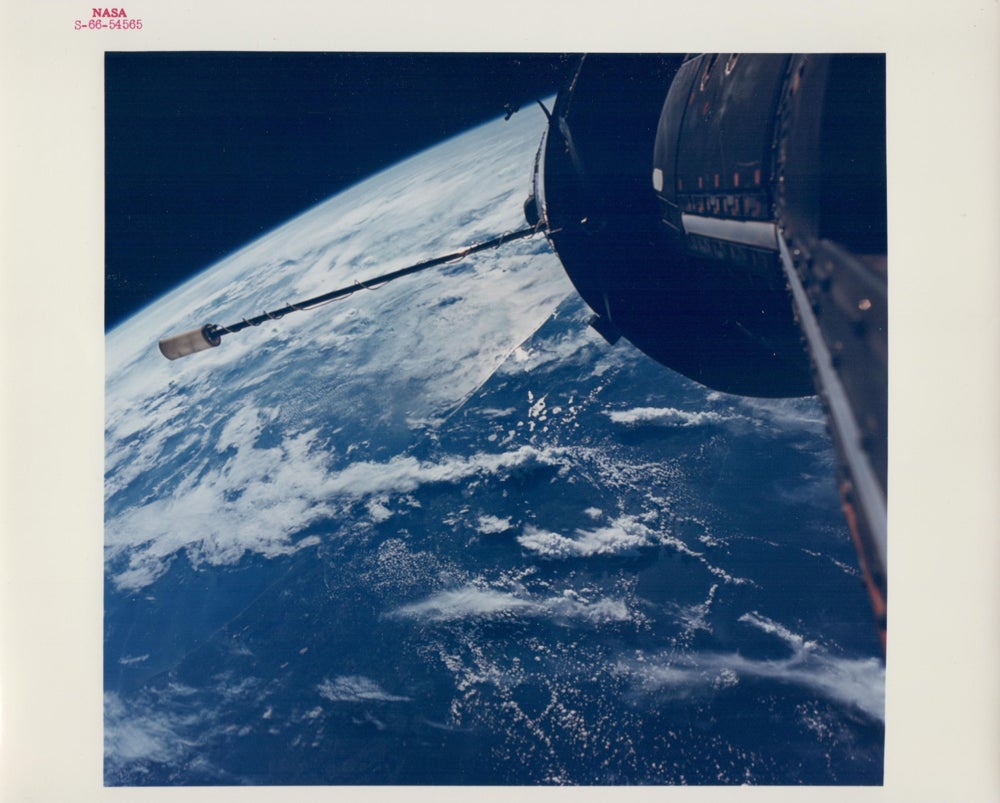 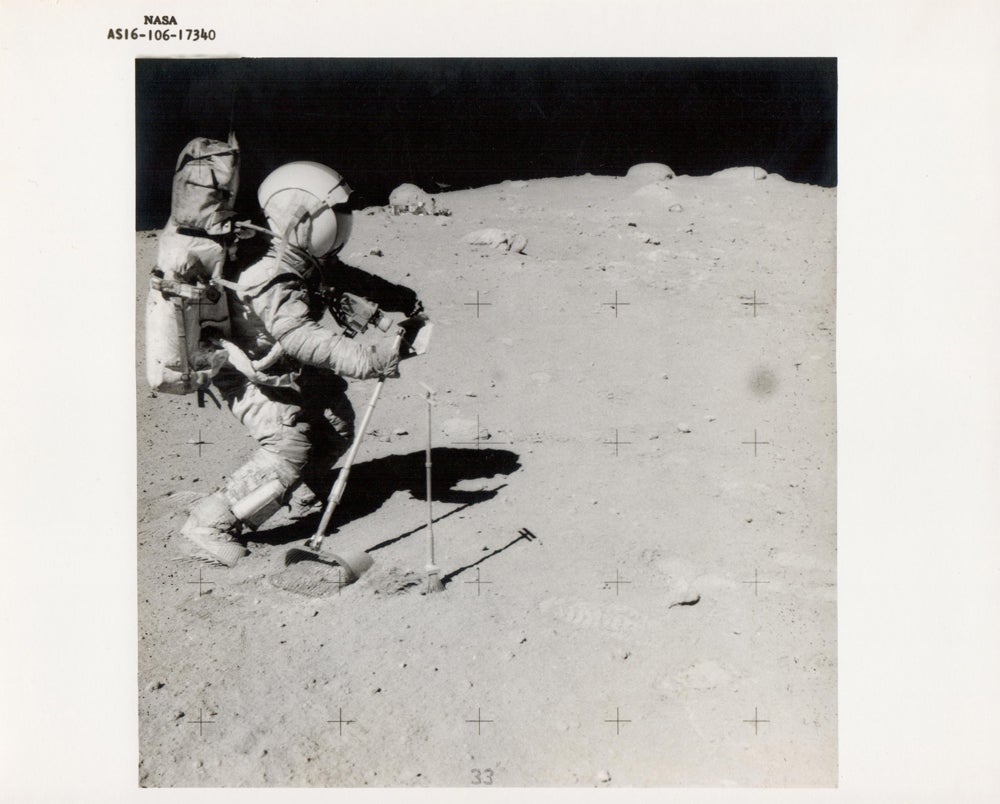 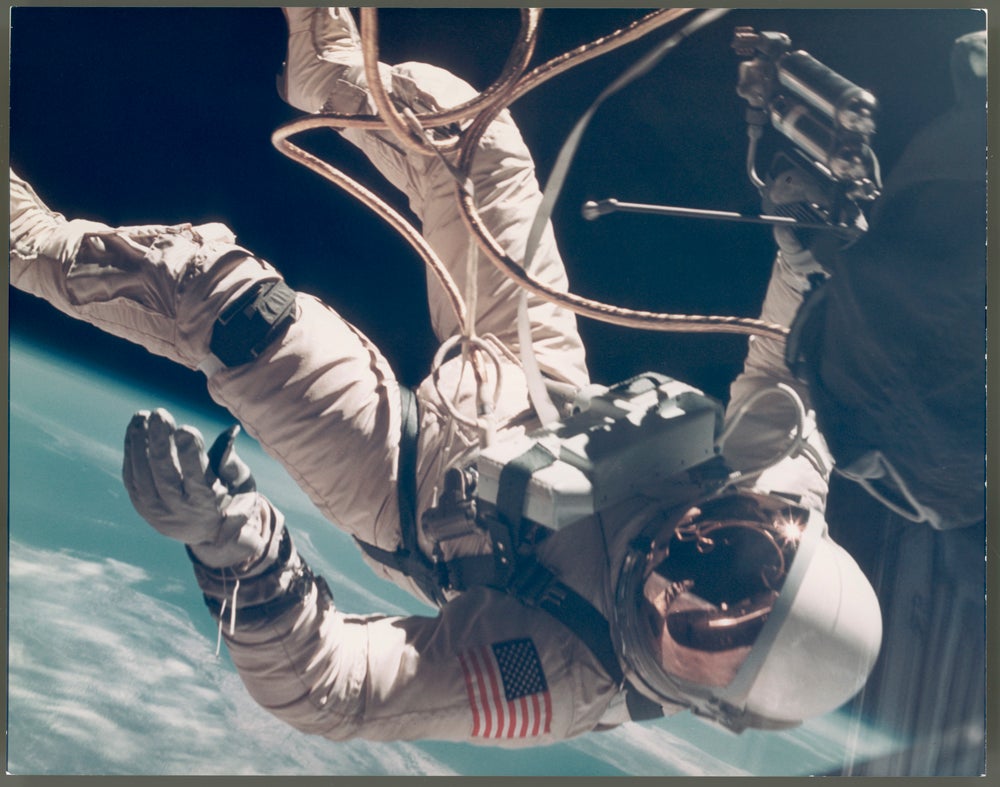