The Ultra-Laborious Way The FBI Matched Fingerprints To Paper Files 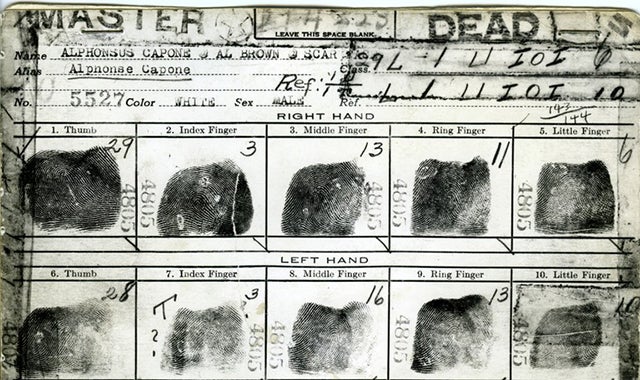 The FBI just switched over to Next-Generation Identification, a new digital system for keeping track of the 83 million fingerprint cards the bureau maintains. That means dismantling thousands of filing cabinets that were once hand-searched by Bureau employees, twenty-four hours a day. Here’s how they did it.

There’s something astounding about the notion that, for the better part of a century, our nation’s highest criminal and intelligence organisation operated entirely on a human sneakernet. At the time, there was no other way of doing it. But it makes you wonder how many typos, mis-filed papers, human errors, oversights, and other mistakes got lost in the cracks.

Computers might not make those types of mistakes any less likely, but at least it won’t involve as much rummaging around in musty old drawers. [FBI, h/t Philip Bump]