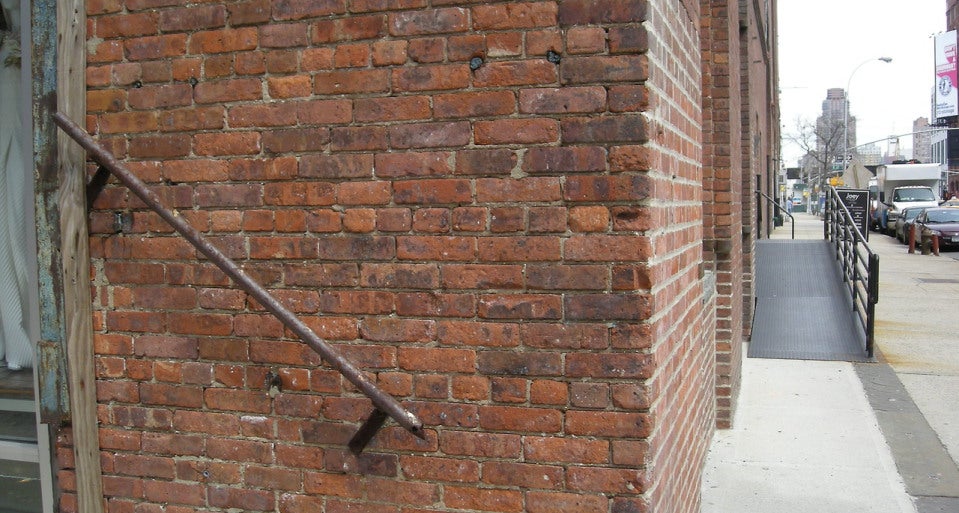 Cities, like living things, evolve slowly over time. Buildings and structures get added and renovated and removed, and in this process, bits and pieces that get left behind. Vestiges. Just as humans have tailbones and whales have pelvic bones, cities have doors that open into a limb-breaking drop, segments of fences that anyone can walk around, and pipes that carry nothing at all. 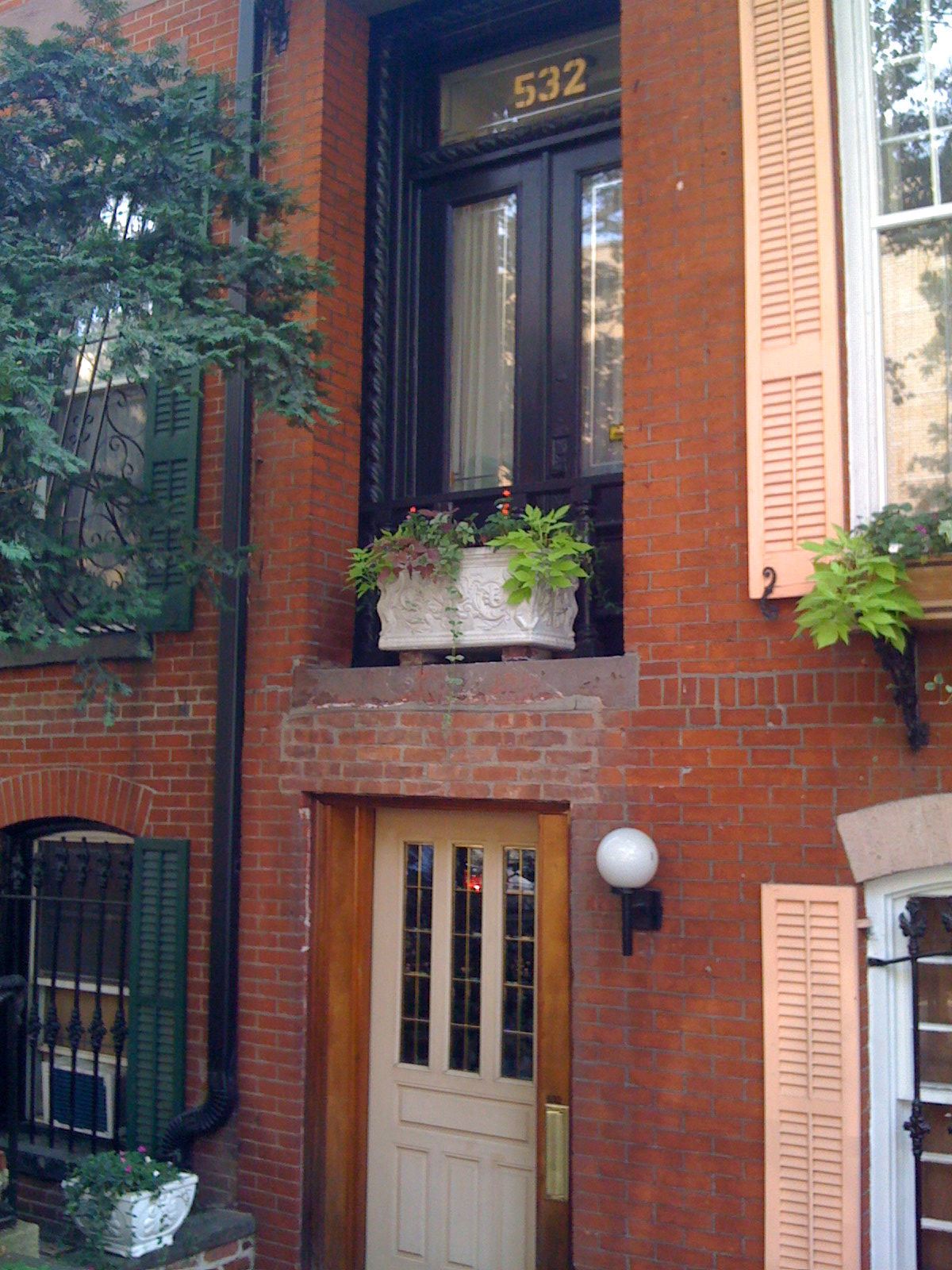 "There used to be a staircase here. A stoop, in Brooklyn parlance. All the old brownstones around here all have stoops. But somebody at #532 got together enough money to buy the whole building, and the stoop got removed when they opted to use the basement door as their primary ingress." Credit: Matt Fargo

Most of the time, these architectural leftovers rust or crumble or get taken down. But other times, these vestiges aren't removed. They remain in the urban organism. And sometimes — even though they no longer serve any discernible purpose — they're actually maintained. They get cleaned and polished and re-painted just because they're there. 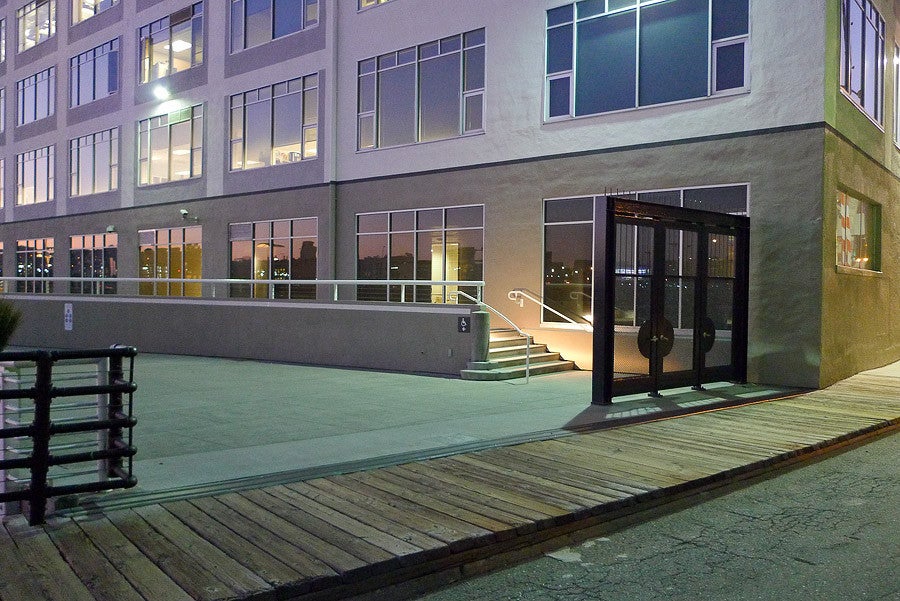 "I realised it was not the roots that was the Thomasson, but the lack of a forest; there was a solidly-built, three-door gate left impotent by the fact that the expanse of pathway next to it." Credit: Seng Chen.

These urban vestiges first caught the attention of an artist in Japan named Akasegawa Genpei. One day, in 1972, he was walking to lunch, and he came across a staircase that went up and then back down but had no door at the top. Then Akasegawa noticed that a piece of the railing that had been recently fixed. That's when something clicked. 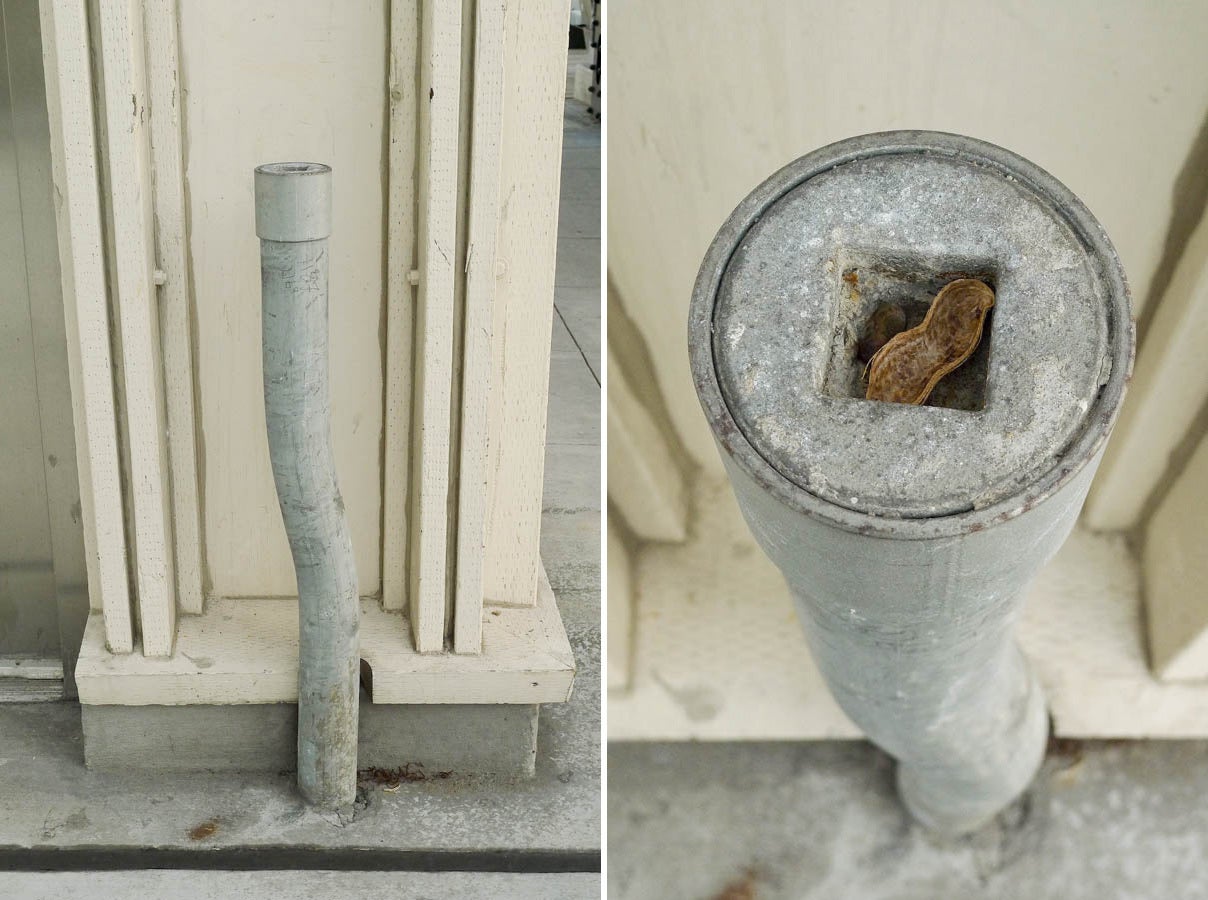 "Admittedly [it] is probably not a Thomasson, despite its whimsical appearance, the semicircular concession at the base of the building and its reappropriation as a peanut shell holder. Perhaps that is enough to qualify it so I included it in case someone else could better explain the vaguely Thomasson-like feeling I get from it." Credit: Seng Chen.

Akasegawa started noticing similar urban leftovers, and treasured them as artistic byproducts of the city. He photographed all the things he could find that were both vestigial and maintained. He began publishing his findings in a magazine column, accompanied by musings about each object.

People began to send Akasegawa pictures of similar architectural leftovers thatthey found, and in his column, Akasegawa would judge all submissions on two criteria:

1. Were they truly, completely useless?

2. Were they regularly maintained?

In 1985 Akasegawa published a book of these collected photographs and writings, in which he coined a term for these kinds of urban leftovers. He called them, "Thomassons." 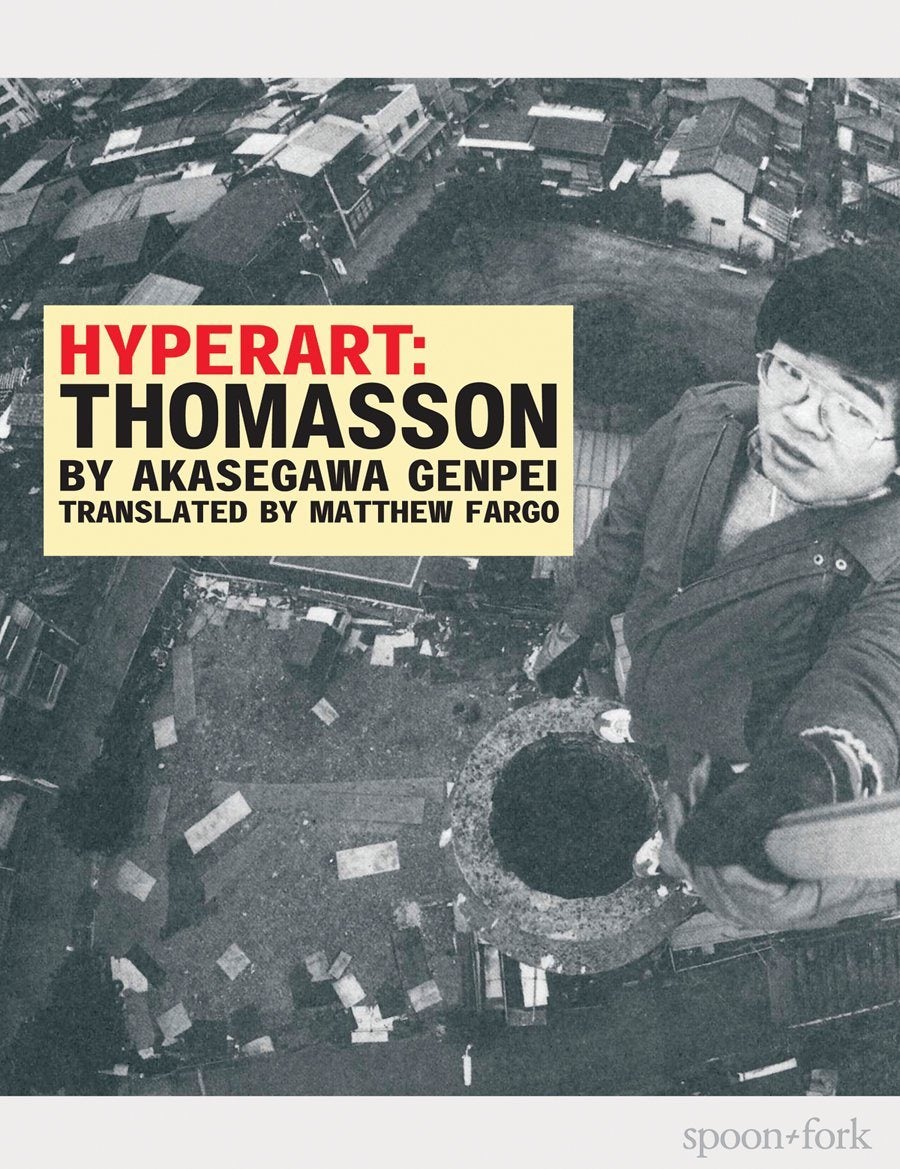 The term comes from Gary Thomasson, an American baseball player who was traded to the Yomiuri Giants, a team in Tokyo, Japan. Thomasson was paid exorbitant amount of money for a two year contract.

But in this new country, on this new team, the great slugger Gary Thomasson lost his game. He actually set the all-time strikeout record in Japan in 1981, and was benched for much of his contract.

For Akasegawa, Gary Thomasson was "useless" and also "maintained." 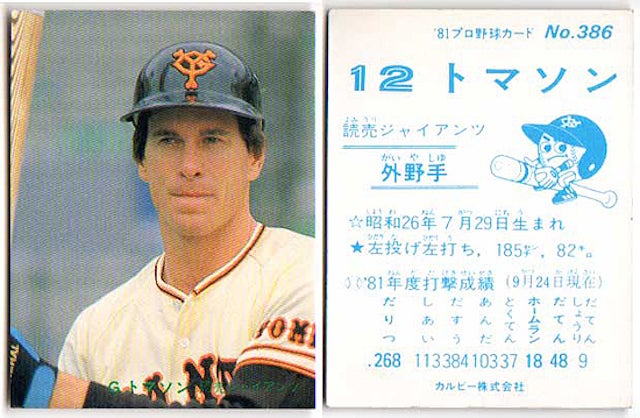 Courtesy of Marketing Heaven and Hell.

Through Akasegawa's writings, the term "Thomasson" spread. The science fiction writer William Gibson used it in to describe a dystopian, cyberpunk San Francisco.

In 2009, Akasegawa's book HyperArt Thomasson was published in English translation. The American publishers wanted to get a conversation going stateside. They set up a blog where people could offer up their own potential Thomassons for analysis and debate, much like Akasegawa's original column. People sent in their Thomassons from around the world. (NB: the blog is now defunct, but continues in a different form here.) 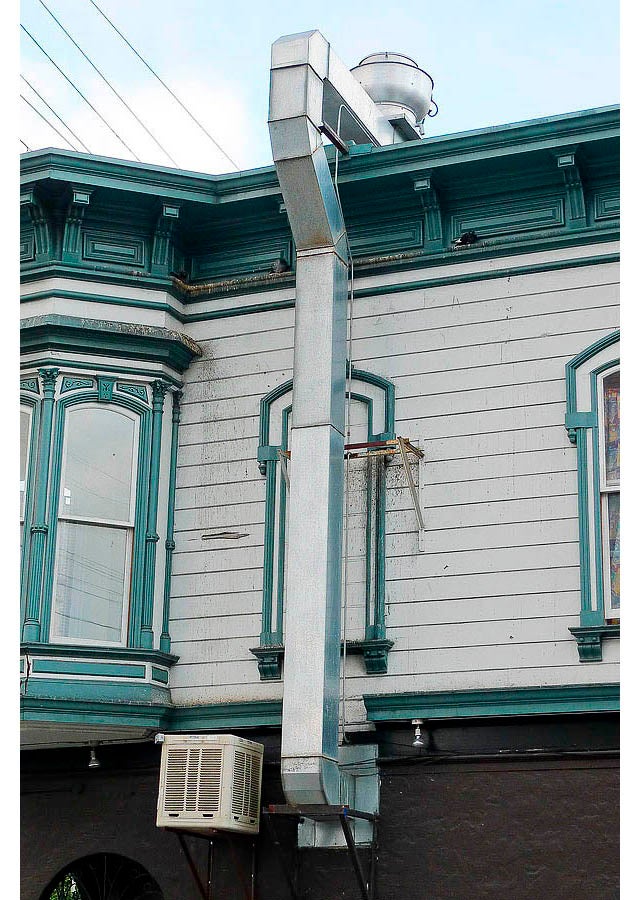 "While it's clear what this exhaust is used for (it originates at the kitchen of the bar on the ground floor), what's curious is the chronology of the build. Was the window already boarded over before the duct was attached to the building?" Credit: Seng Che.

Gary Thomasson and his family declined to comment for this story, and that's understandable, given that the appropriation of his surname in this way does seem rather mean-spirited. 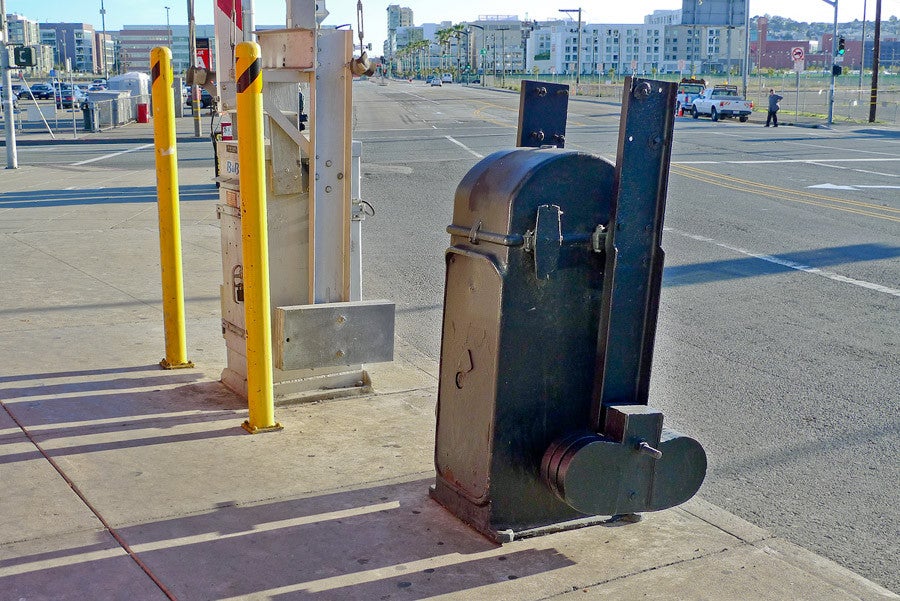 "These two older gates stare unflinchingly at one another across a wide swath of pavement, both standing dutifully yet impotently next to their younger successors." Photo Credit: Seng Chen.

One could argue, though, that Akasegawa's appropriation of the name "Thomasson" is a positive thing: Thomasson now joins the ranks of Cardigan,Léotard, Kelvin, Nobel, and Plimsoll — those who live on as eponyms.

This post has been republished with permission from Roman Mars. It was originally published on 99% Invisible's blog, which accompanies each podcast.

Julie Muncy 17 Feb 2020 5:30 AM
It used to be conventional wisdom that video game movies were not a way to walk the path to success. Warcraft, Assassin’s Creed, and a whole pile of bizarre failed ‘90s game adaptations tell the tale of a film niche that was better left alone. But that may be changing, and Sonic the Hedgehog might be the harbinger.