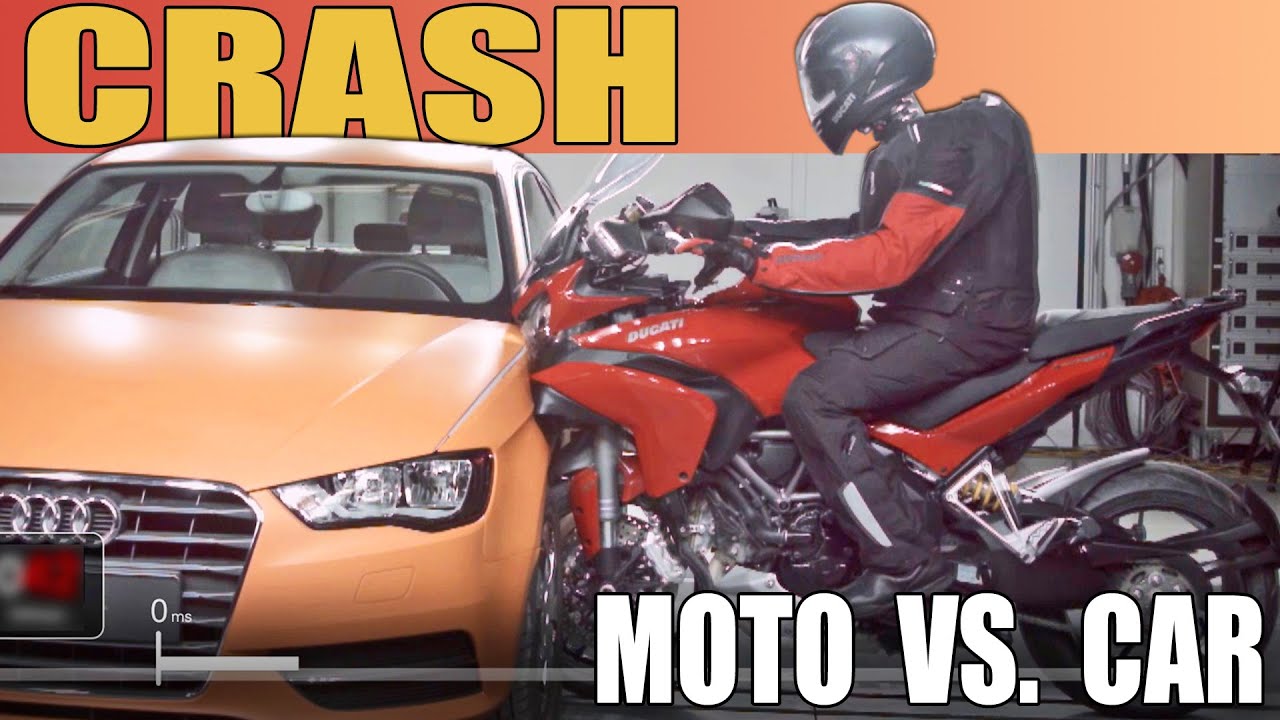 When motorbikes crash into cars, the rider usually comes off second best to the driver. The rapid pace of innovation means that bikes are getting safer in accidents, though, and one of the most recent developments is an airbag jacket. Dainese’s D-Air system has its first motorcycle partner in a new Ducati tourer.

Ducati’s new Multistrada 1200S Touring D-Air touring bike, announced a couple of weeks ago, ties in with partnered gear maker Dainese’s D-Air jacket, using its integrated network of sensors to trigger the airbag inflation. The jacket, a long time coming to everyday riders, has a bunch of airbags throughout its shell and can start to inflate in a mere 20 milliseconds after sensing a crash.

45 milliseconds after the initial impact — to be honest, that’s still before you even realise you’ve had a crash, since human reaction times are at least around the 250ms mark — the D-Air jacket is entirely inflated and will protect the rider from at least some of the dangerous forces involved in an accident. The Multistrada D-Air can link up with two Dainese jackets simultaneously, too, so you can have a passenger safe at the same time. [Jalopnik]