Is This Display For Computer Art More Than Just A Screen For GIFs?

The internet is full of beautiful digital things — things that rarely make it off your screen. But a new company called Electric Objects wants to help you fill your home with the internet's best art. And this week it launched a Kickstarter for a device that does just that.

The Electric Objects describes its EO1 as "a computer made for art". It's an off-the-shelf 1920 x 1080 IPS LCD panel inside a custom frame. Behind the panel, the EO1 sports dual-core tablet guts that power what's going on on the screen. Mount the panel on the wall in your house, and then it's supposed to disappear the way a painting or a poster does.

The difference, of course, is that the panel displays digital art that you select using your computer or your phone. It would be simple enough to just grab your favourite Bugs Bunny GIF and let it loop on the screen, but you'd get really sick of it pretty quickly. As company founder Jake Levine points out, the crazy animations we're used to seeing on our computers compete for your attention with Gchats and Twitter and Facebook.... and um, work. But on your wall, those animations would be annoying and distracting, like a TV showing a basketball game in the corner of a fancy restaurant. 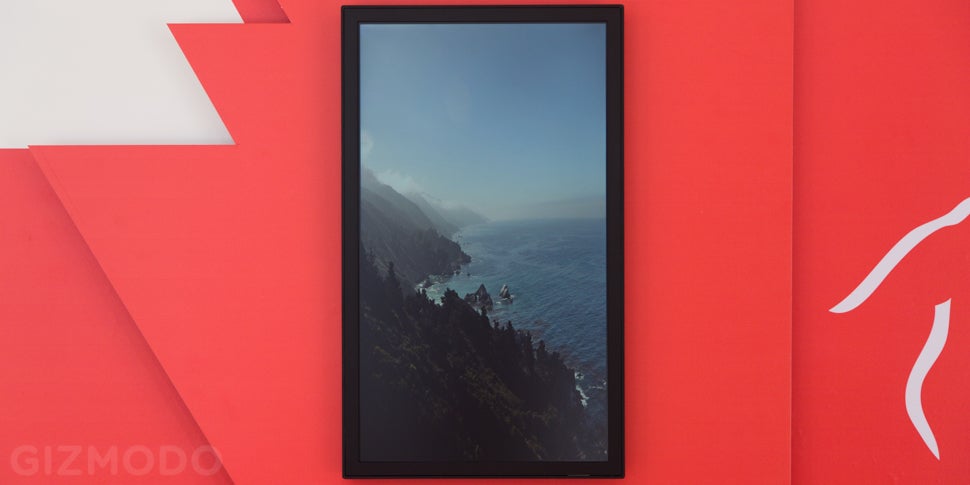 So Electronic Objects hasn't just built a device to play internet art. It's also built a platform to share and collect that art — one it hopes will brim with compositions better tailored to always-on displays. And more than just animations: The format lends itself to all sorts of dynamic works that respond to real time data.

One example Levine gives is Wind Maps, which is a beautiful representation of real-time wind patterns. Levine also throws around the term "generative art" a lot, and for me the greatest example is Brian Eno's 77 Million Paintings. Just imagine this heady vibe carving its way through new patterns in your living room:

In an effort to jumpstart the platform, Electric Objects is actively cultivating art for it — including an artists in residence program. And eventually, it will adopt a commerce solution so that artists can sell their work to buyers as well.

The ideas behind the EO1 are lofty, and I certainly like the notion that a computer could be a relaxing thing of beauty instead of the source of my every anxiety. But it's hard to know what to make of it — so I walked down to the pop-up shop the company is hosting in the Lower East Side this weekend to check it out for myself.

The screens aren't so much impressive as they are subtle. I'm used to walking into TV demos where manufacturers are blaring the brightest, most striking content they can in an effort to sell. Though often beautiful and amusing, the art glowing on the EO1 is subdued. The matte finish on the panel gives the works an inviting texture. In short, I could certainly see myself enjoying one in my own house. 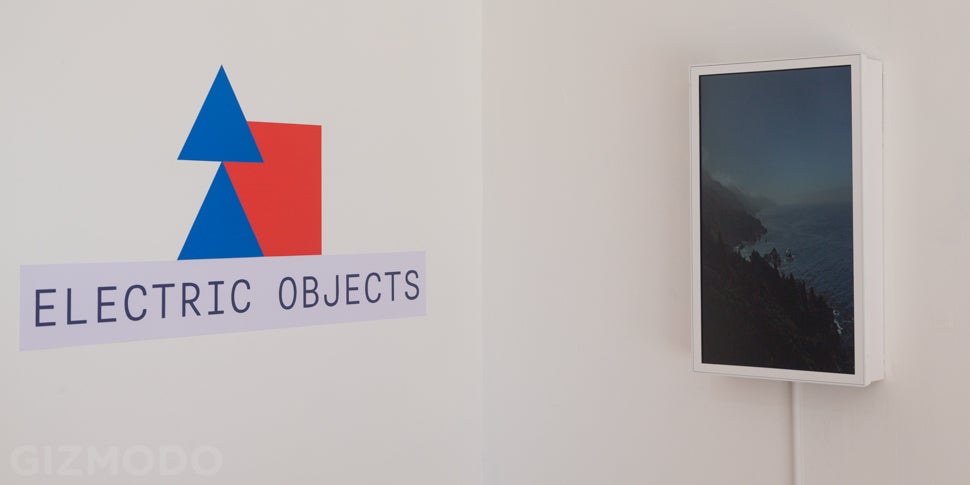 But it's hard not to see the thing as just a screen on wall that happens to be mounted in portrait orientation. Grab a computer, plug it into a Samsung monitor, and you've got basically the same thing.

Ultimately, the success of this project might hinge on whether Electric Objects can keep the price low enough that a hacked together version isn't significantly cheaper. The Kickstarter price for the first run (which won't be delivered until next year) is $US300. That's pretty reasonable, although, depending on demand in the Kickstarter, the final price for the retail product might be more expensive.

On the other hand, there's something to be said for the polished solution, and early interest seems to indicate that maybe there's more demand than you might expect. The project has already raised more than $US300,000. This isn't the most technologically sophisticated idea, and in a lot of ways the result is just a really fancy digital picture frame — but maybe that's exactly why people like it. 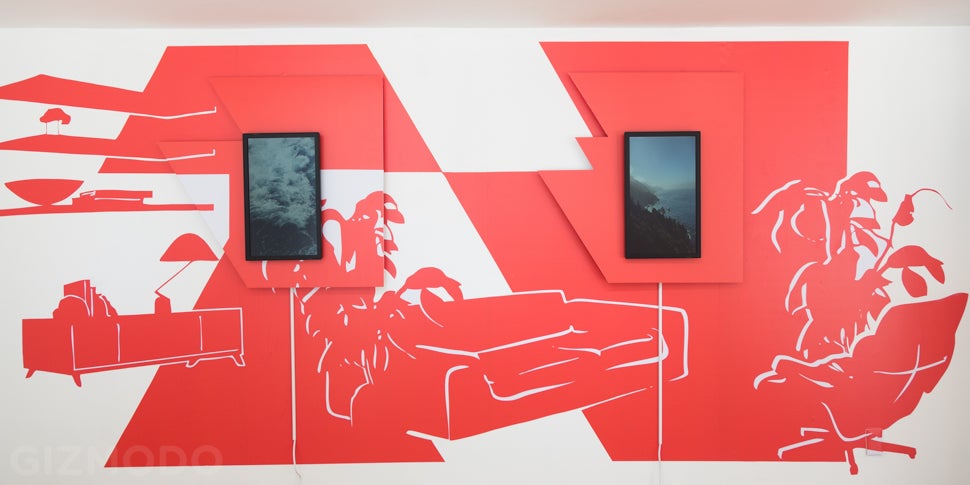