While it may have looked like someone slapped wings on a VH-71 Kestrel and flew like an ungainly Osprey, this experimental plane helped to pave the way for today's tilt wing aircraft.

The Ling-Temco-Vought (LTV) XC-142 experimental aircraft was originally developed as both a replacement to the US military's ageing fleet of Sikorsky HR2S transport helicopters and as a prototype testbed for exploring the possibility of VTOL (Vertical TakeOff and Landing) aircraft as augments to the existing helicopter and cargo plane fleets. Specifically, VTOLs were examined for their superior airspeed and range compared to helicopters. 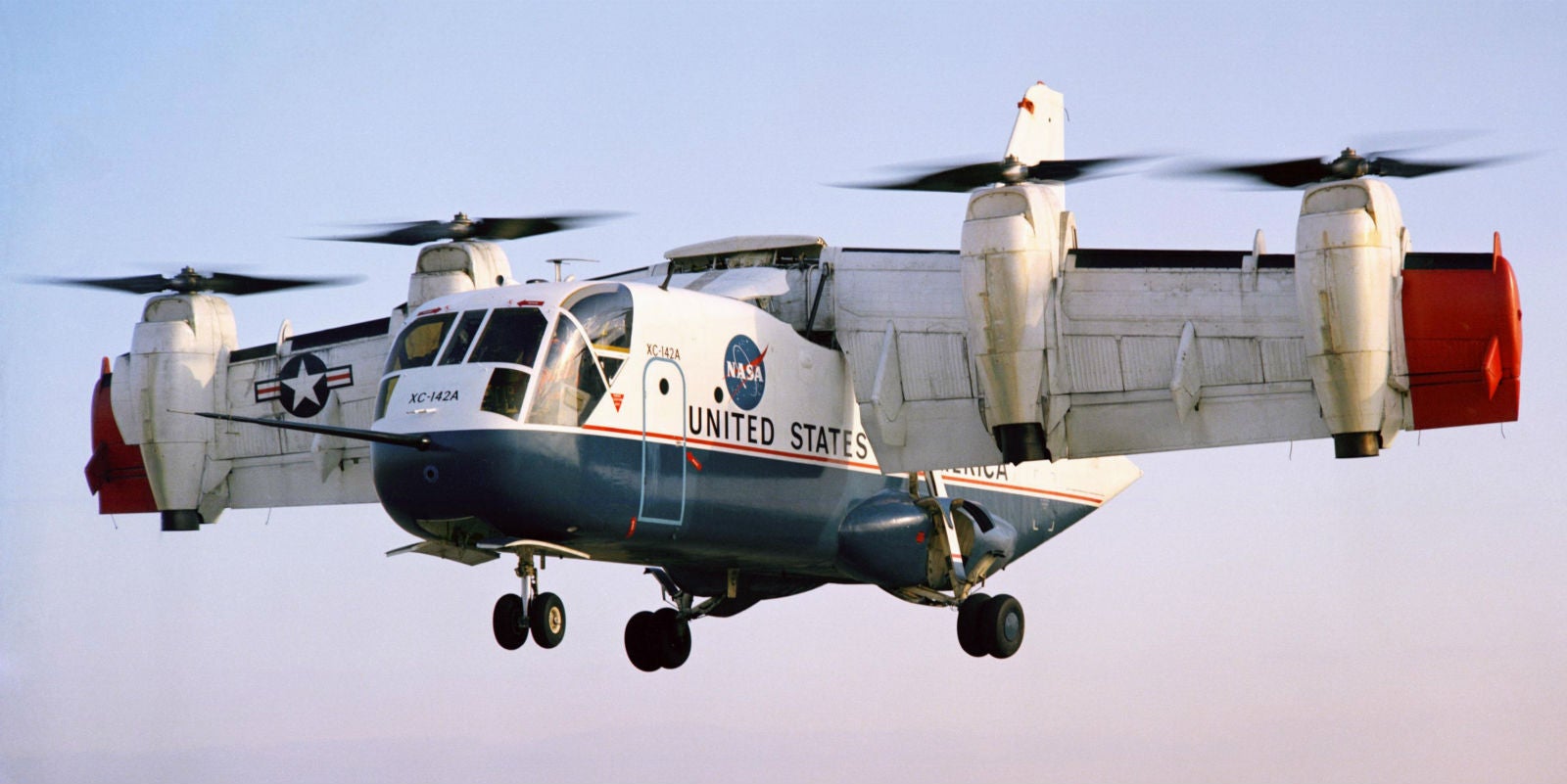 The XC-142's fuselage bore more than a passing resemblance a Chinook and offered 45 cubic metres of cargo area in addition to accommodations for two pilots and a loadmaster. The aircraft's high-mounted wings measured 20m across; that's three metres more than the overall length of the plane. A quartet of 2850 hp GE T64 turboshaft engines provided massive amounts of lift — 0.27hp/lb vs 0.12hp/lb for a Lockheed C-130D Hercules — as well as a top speed of over 640km/h and a range of up to 6000km, making it one of the best-performing VTOL craft of the era. If put into service, it would have carried up to 32 troops or as much as 3600kg of cargo. However, it was this extra power that eventually doomed the XC-142 project.

While the engines provided more than enough power, they also created extremely powerful downdrafts — 10psi (700 hPa) of downwash compared to the 7.5psi (500 hPa) of the existing Sikorsky fleet. This amount of wash kicked up huge dust plumes, could knock over soldiers on the ground, and made maintaining control of the aircraft just above the deck a difficult proposal. It was because of this issue that the US military pulled out of the project in 1965 (despite a pair of previous successful test flights).

The remaining private firms attempted to salvage the project by converting the SC-142 into a civilian VTOL transport, dubbed The Downtowner, though that idea never really got off the ground either. Of the five prototypes that were produced, only one remains intact. You can see it at the National Museum of the United States Air Force at Wright-Patterson Air Force Base where it has been on display since 1970. [Wiki - Aviastar - Unreal Aircraft]