Halt And Catch Fire Is A Huge Missed Opportunity

Tomorrow in the US, AMC will air the fourth episode of its new series, Halt and Catch Fire. It's the most comprehensive (fictional) look at the development of the personal computer. Too bad it's also a huge missed opportunity. (Obvious spoilers ahead).

Set in big-haired, high plains Dallas in 1983, Halt and Catch Fire is the story of Cardiff Electric, a B2B software company that goes toe-to-toe with computing giant IBM, by making a PC before it was even really a thing. The concept itself is interesting, and with AMC's stylised drama-making prowess behind it, promising. So it's unfortunate the series is riddled with problems.

Flaws From the Get-Go

First, a little reacap. Episode one starts with Joe MacMillian, instantly recognisable as the ringleader, the smooth golden boy rule-breaker, giving a chat at the fictional Austin Tech, presumably in order to recruit young talent. 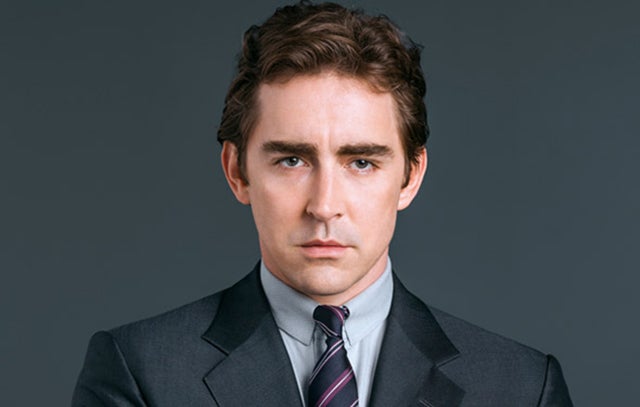 Turns out Joe has recently left IBM under dubious circumstances to be a project manager at Cardiff. Joe's giving his talk to a class full of nerdy dudes, when the unicorn walks in: a young, beautiful, edgy, anti-authority young female programmer named Cameron Howe. She begins to answer his polls of the all-male room, and she's more knowledgeable than anyone in there. 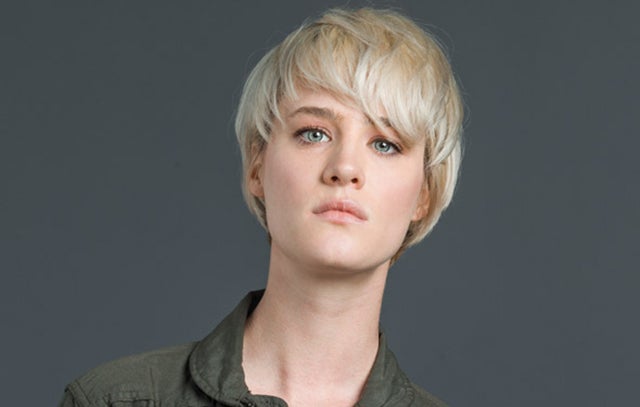 Eventually Joe enlists Cameron alongside a struggling middle-aged coder named Gordon Clark to help him on his quest to build the PC. But but first he convinces Gordon to reverse-engineer an IBM PC. Cardiff needs to recreate the assembly language code used to build it, so they can build their very own chip. Naturally this is a huge legal mistake, and suddenly IBM and its suits are barking up the tree of Cardiff for trying to horn in on IBM intellectual property. 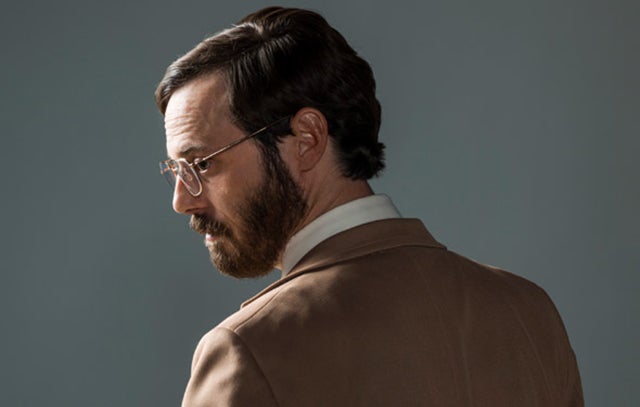 Because of the legal cost of fighting with IBM Gordon fires most of Cardiff, and then assembles a crack team to build their white whale — a portable computer. It will weigh less than 15 pounds, be the size of a briefcase, have two floppy disk drives, and an integrated monitor and keyboard. After the layoffs, the lean Cardiff team is against the trio initially, but it's hard not to assume they will win those glasses-wearing computer dudes over eventually.

The Problem With Ladies

By the fourth episode, the show's flaws are already clear. But they're complicated by how its writers treat the female leads — which is to say, without much nuance. If you only want to have one main female character in a story about about tech in early 80s Texas, fine. This is a period piece and that's probably what it was like. But don't make her storyline about sex from the get-go.

Within the first 10 minutes, Cameron has wooed Joe with her computing prowess — which we don't get to see in action all that much — and what do they do? They head to a bar to drink and talk. The sexual tension is palpable and they launch into a tequila-fuelled rendezvous in the back room of the vaguely honky tonk bar. Only Cameron stops abruptly once Joe states breathlessly that sex won't secure her a job. She storms out. But that doesn't stop her from dropping out of school to go to work on Joe's project.

In a story that should be about computing in a way that makes viewers interested in computing, Halt and Catch Fire plays the sex card immediately and in a way that completely undermines the character of the programming wunderkind, who also happens to be a woman. It doesn't stop there either.

In fact, the sexual tension between Joe and Cameron hangs heavily in the first three episodes, from wayward glances, to moments alone in a dark basement (where Cameron has to work alone and at all hours, wink wink), to blatant propositions from Cameron to Joe. They consummate the relationship again at the end of episode three, her, seemingly without feeling and only looking to blow off steam. Regardless, she's Eve, tempting Adam. She's a badass from the beginning — but not for her knowledge or wherewithal. For her sex. And that's hugely frustrating.

But she's not the only one whose story revolves around sex. There's Gordon's wife Donna, who, you know from the beginning is disappointed in her husband's lack of success and possible alcoholism despite his undeniable brilliance. Donna is smart in her own right, although clearly undervalued at her job at Texas Instruments. You learn in episode three that her boss, oh god, her boss was her high school sweetheart. You can't help but assume long ago she chose noble Gordon over the jet-setting, ambitious ladder climber. But she and Gordon's pet project failed long ago, and Gordon is distant and sad. So you can almost be sure she'll have some kind of tryst with this former flame. Yawn, yawn, yawn, I'd like to just place bets as to where the rest of the plot goes

Meanwhile, all of the women who aren't Cameron or Donna are just secretaries and assistants. So maybe that's the way things were in Dallas in 1983. Look, I'm from Dallas, and even now it's a place where it's harder to be an independent woman. I get it. But that doesn't mean there aren't women with depth who want to be independent. Don't make all those secondary characters dumb flighty idiots who only care about shopping. Give me some damn depth.

Don't get me wrong. I'm not usually one to be all alarmist on a lack of ladies in a show. I have absolutely no problem with the dearth of women in Silicon Valley. But that's because it's a satirical comedy. In Halt and Catch Fire, a drama, the women are represented, sure. But very, very poorly.

The two-dimensional female characters are one problem. But there's a lack of dimension in all of the characters. At best, they're predictable. At worst, they're hateable. Gordon should be a family man, but he's weak and self-deprecating to a point, and his happiness is contingent on his success. By episode three, you see a turn in him: Instead of staying out late and drinking, he's paying more attention to his wife and kids, making dinner and helping at home. But that's because he's stimulated at the office, for once. His wife isn't any more likeable because she's on his arse from day one — a trope that was supposed to make us more sympathetic to him.

Meanwhile, you dislike Joe because, really, when does anyone like the Patrick Bateman-type? He is humanized by episode three, when he and Gordon get in a knock-down, drag-out (but ultimately bonding) fight, and you see Joe's scar-covered torso. You find out, despite the suit-clad façade, that Joe came up as a nerd who just wanted to read books rather than play football, and was attacked within an inch of his life as a kid. This development is supposed to endear him to you, but it just feels like a ploy.

This is all very unfortunate, because Halt and Catch Fire was a big chance to make computers and their genesis and the people who built them in the beginning interesting to a wider audience. Hey, if AMC could do that with the ad industry via Mad Men, or meth-making in suburban New Mexico via Breaking Bad, it could probably do it with computers in Dallas in the 80s. But it completely malfunctions.

Even when the characters are talking about computers, you don't really feel like they know what they're talking about. You don't really believe Cameron is a computer genius. It's not because she's a (gasp!) woman, it's because she's just not convincing, she never shows the interested you'd expect in someone who has such great skill. You don't really believe Joe is a reformed dork for the same reason. And Gordon kind of just sucks. And all of them talk about computing as if they're trying to talk with a mouth full of steel wool. The short explanation for this is just bad casting — actors who seem like they're acting rather than disappearing into their characters.

A Story With a Hollow Core

The heart of the problem here is the glaring lack of depth in the show all around.

There's none in the plot, none in the themes, none in the characters. It's disappointing from the opening. What makes it all the more disappointing is that in the past few years — banger years for the tech sector in real life — we've only had a handful of quality cultural reflections of reality. There was The Social Network, the fantastic, Oscar-winning story of the start of Facebook. Then there was the aforementioned Silicon Valley — spot-on satire of its namesake. There have also been a handful of Steve Jobs flicks, but none of them particularly good. Halt and Catch Fire was our chance, and it is failing miserably.

It's all so painfully predictable, even though Halt and Catch Fire tries to hold you captive with thick melodrama, foreboding music, and faux suspense. It lays bare the show's problem: Halt and Catch Fire attempts to build drama, but never really strays assumption from the beginning that this motley crew will succeed on their quest. To use another AMC show as a touchstone, this is where Breaking Bad succeeded and Halt and Catch Fire has fallen short. In Breaking Bad, even the most serious moments had undertones of humour. And even when you thought you knew what was going to happen, you never really knew.

I, for one, plan to keep watching, half as a hate-watch, and half in the hope that maybe this show can turn itself around. There are big stories to be told about this era, and it'd be a shame to see it all go to waste.