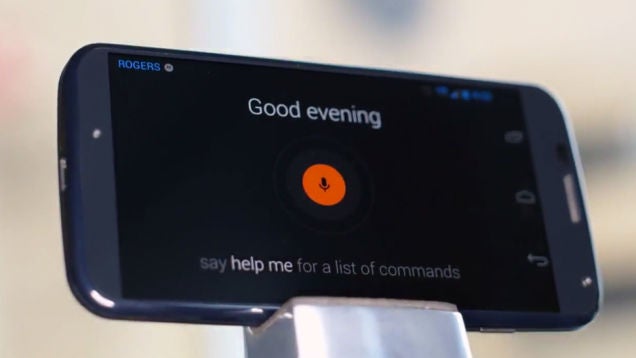 One of the best features of the Moto X — besides that perfectly-sized screen — is its always-on listening capability. Nothing beats saying "OK, Google" and watching the device wake up from sleep to do your bidding. It works like magic, and if this Android Police report is true, it will be coming to every Android phone before you know it.

The report claims that Google is building always-listening functionality into Android as a whole, although it seems like your phone would need to be plugged in to wake the device up from sleep using your voice, at least initially:.

...the requirement may be a stop-gap while battery use is optimised overall. In other words capable hardware may suffer this limitation when the functionality is first released, but would likely gain always-on listening without the need for charging later, once battery usage is sorted.

If we do get this capability in every Android phone, it will be optimised for use in situations where you can't touch or see your phone, such as driving or biking. For instance, if you ask Google Now for weather, it won't simply display the weather card, it will actually read it out to you so that you can keep your hands on the wheel and eyes on the road. And it might just save all your Google searches for you to look at later when you can look at your phone again.

Having sent Motorola off into Lenovo's arms early this year, it makes sense for Google to take its most innovative software features and share them with the rest of the Android universe. Now if only it can bring active notifications along for the ride as well, we'd have a whole lot to look forward to at I/O. [Android Police]