It's been nearly a decade in development, but a genetically modified breed of bananas that's designed to combat starvation will soon enter human testing. The bananas are rich in beta-carotene which turns into vitamin A in the body. For the children in Africa suffering from vitamin A deficiencies, this is a godsend. Also these banana are orange.

The specific research is happening at the Queensland University of Technology in Australia thanks, in part, to nearly $US10 million in funding from the Bill and Melinda Gates Foundation. The idea, however, is to pass off the seeds for these super bananas to farmers in Uganda, where there's a huge food shortage and 70 per cent of the population survives on the fruit. Vitamin A deficiencies are not only killing children but also causing them to go blind, so the research moving forward is a very good thing. 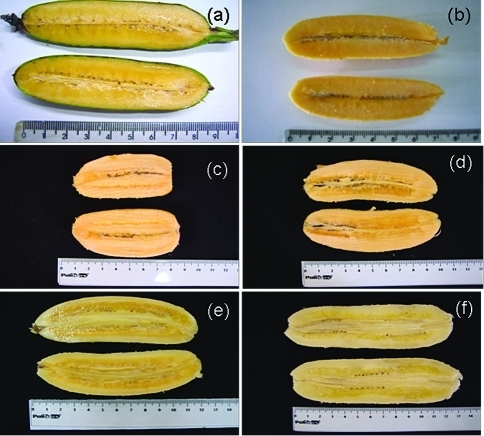 These are no ordinary bananas. They're grown in far north Queensland to boost the beta-carotene levels. The flesh of the super bananas is also orange which provides a visual clue to their genetically-modified otherness. It's also sort of awesome.

This breakthrough is not entirely thanks to the possibilities of frankenfruit. A good old fashioned crossbreed of native banana with orange flesh in Micronesia called the "karat" has been used to improve eye sight in children for centuries. By the early 2000s, scientists in Queensland were exploring ways to cultivate the karat and, for whatever reason, decided to go the route of genetic modification.

Trials of the super bananas will take place in the United States and are expected to last through the end of the year. If all goes well — and the scientists are confident it will — Ugandan farmers will be growing the new bananas by 2020. "We know our science will work," says James Dale, who's led the research for years. And creepy as genetically modified foods may be, there's nothing quite like science that works. [Guardian]