At first glance, it looks like these shoes are shod with two strategically shaped Top Ramen bricks. Delicious, perhaps, but c'mon — too crunchy for underfoot! The flexible soles were actually made with a 3D weaving machine designed by a graduate at London's Royal College of Art, by layering a single, continuous thread in complementary patterns, one on top of the other. 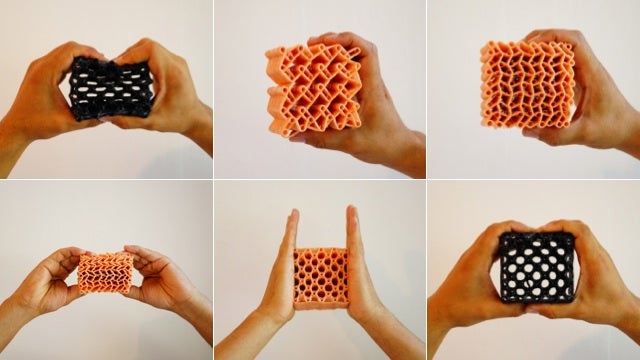 Oluwaseyi Sosanya found inspiration in two traditional textile-making contraptions — a sewing machine and industrial knitting machine — and combined elements from both to create this patent-pending device. 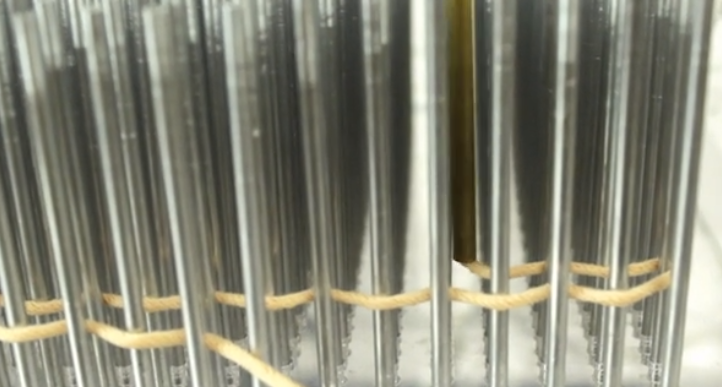 Winding the wool in different arrangements around the grid of vertical guide poles will make the material grow up — volumized! — rather than just out and flat.

Once finished, the form was dipped in silicone to keep its shape and add a bit of bounce; not exactly what you want to wear while tromping through the mud or on a rainy day — they would be a bitch and a half to clean out the crevices — but quite cool if they're actually comfortable. 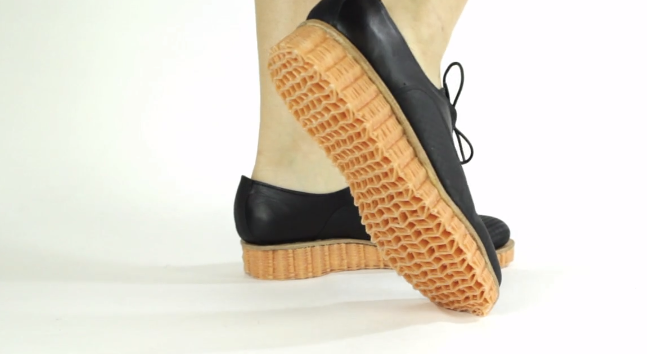 Sosanya's not the first to experiment with 3D weaving or 3D-printed footwear, but he tried out the lace-ups to give a sense of a commercial use for the tech. Ultimately, he has his sights set on developing a material that will be a boon for protective applications — everything from helmets to stab-proof police vests that more easily and adapt to women's curvier figures, like a modern-day chain mail that gives like a sponge. [Dezeen]