Watch The Dogecoin NASCAR Get Name-Checked On TV 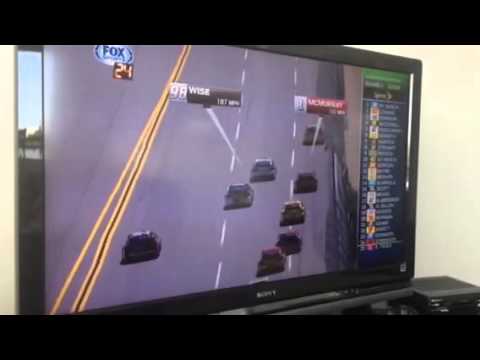 Did you know that dogecar spelled backwards is racegod? Well, Josh Wise does. He’s the driver of the #98 NASCAR that just drove in the Aaron’s 499 at Talladega, sponsored by $55,000 of Dogecoin crypto-crowdfunding.

The story of the Dogecoin NASCAR is brilliant; there was a NASCAR running without sponsorship, it was spotted by a racing and Dogecoin fan, a Twitter conversation ensued, and a few days later over 55 million doge (around $60,000) was raised. The car is now sponsored for a few races thanks to the generosity of a few nameless online individuals who put their money forward.

The car looks amazing, too — I’d hate to be drafting behind it with that stupid-faced Shiba Inu staring backwards. The announcer in the video below gets straight to the point: “…that car was crowd-funded on the Internet!”