Apple Is Reportedly Getting Ready To Buy Beats For $3.2 Billion 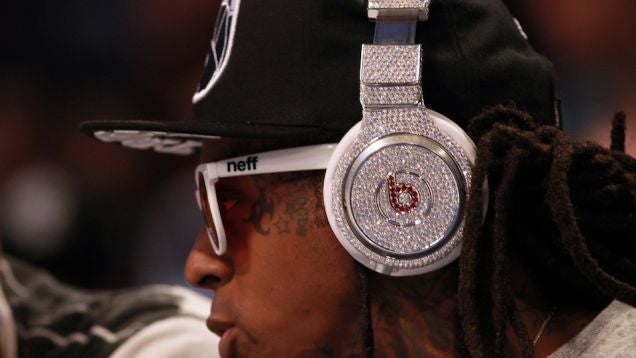 According to the Financial Times, Apple is closing in on an acquisition of Beats, the headphone manufacturer turned streaming music service. The $US3.2 billion deal would give Apple control over a powerful brand, but it would at the same time be puzzling.

Apple’s digital music juggernaut has been slowing down recently, and the company is rumoured to be weighing an on-demand streaming music service. In that sense, the deal would make sense. But the deal would also supposedly give Cupertino control over an empire built on plastic headphones, which conceptually might not meld with its elegant glass and aluminum aesthetic.

The deal could reportedly close as early as next week. It wouldn’t be the first time Apple bought up a music startup, but unlike other acquisitions in which Apple takes the talent and incorporates it into Apple products, Beats is a powerful force in its own right. Perhaps the deal has less to do with streaming music and hardware, and more to do with Topspin Media, the Beats-owned e-commerce and marketing platform. Indeed the FT points out it would be Apple’s biggest acquisition ever. Of course, this is only a rumour. And a crazy one at that. [FT]