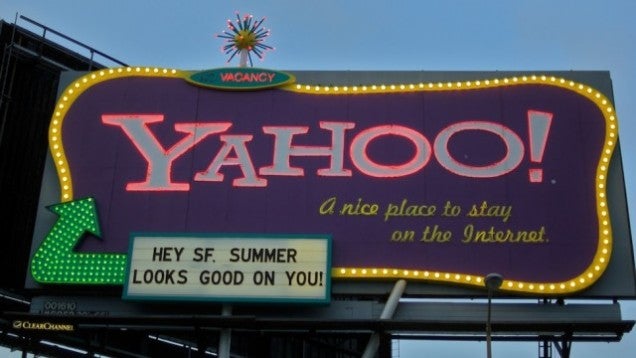 Yahoo has announced that its very first foray into producing original content will be a set of two, 30-minute long comedies, one of which is being headed up by Paul Feig, the brilliant mind behind Freaks and Geeks and The Office.

The Feig-produced set of eight episodes has been dubbed Other Space, and depicts “a band of galactic travellers from Earth in the 22nd century, a time when wider space travel has yet to beget any discovery of alien life. However, the crew stumbles into an exciting and exotic alternate universe, and presumably some hijinks ensue,” according to CNET.

The second series, Sin City Saints, focuses on a Silicon Valley (sound familiar?) VC attempting to organise a pro basketball team in the heart of Las Vegas — you know, the real American Dream. This one is being led by Bryan Gordon, also of The Office fame, as well as director of the hilarious Curb Your Enthusiasm.

All in all, not a bad get for Yahoo by any means as far as talent goes. For now, we can only hope that maybe — just maybe — they will finally be getting one right. [CNET]