This Table Charges Your Devices By Mimicking Photosynthesis 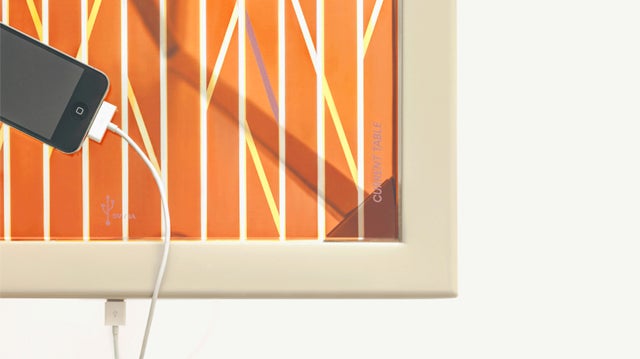 It's rare to find a designer who also knows their way around an electrical diagram, but Marjan van Aubel is one of them. The energy-minded designer is back with a new piece, Current Table, which uses dye solar cells to absorb energy and charge your devices. 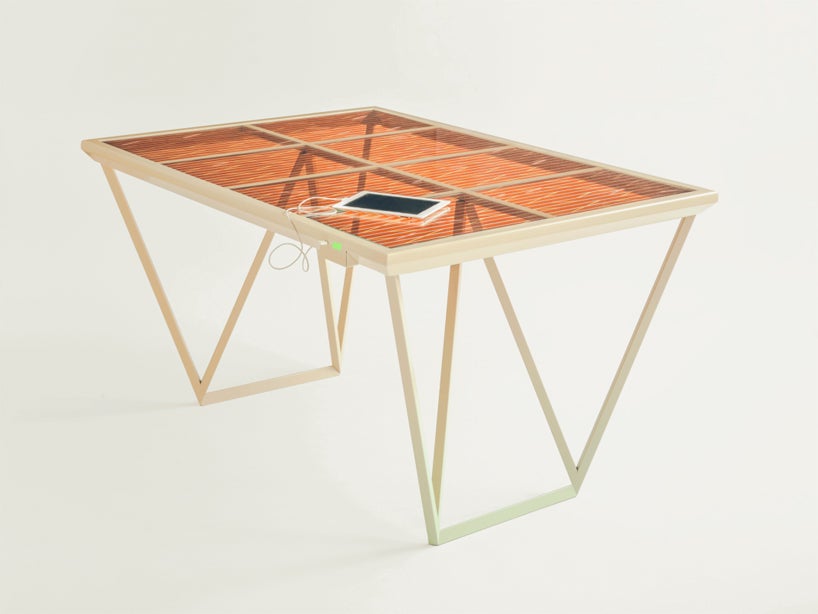 Van Aubel worked with a company called Solaronix on the project — they make the inexpensive dye solar cells, which utilise a chemical process a little bit like photosynthesis (in vastly simplified terms). They're less common than traditional photovoltaics, but they're better at absorbing indirect light — which is why they work great inside.

And that's exactly how van Aubel is using them. Her table is made of a long, wide panel of dye solar cells, which can absorb ambient light even when the sun isn't shining directly on then. "This makes Current Table the first piece of furniture that is harvesting energy indoors where utility and aesthetics are combined in everyday objects," she explains. A pocket of USB ports hidden below the upper edge of the frame make it easy to plug in whatever device you're working with. 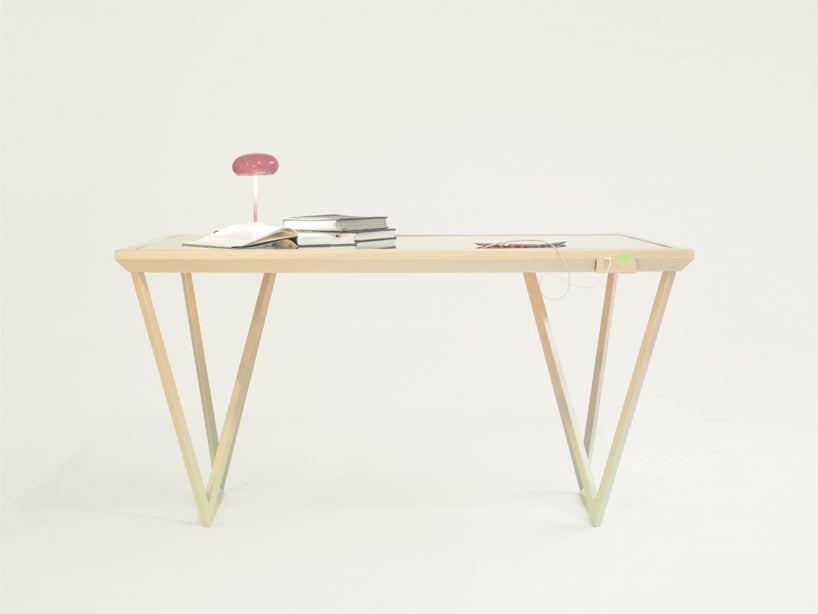 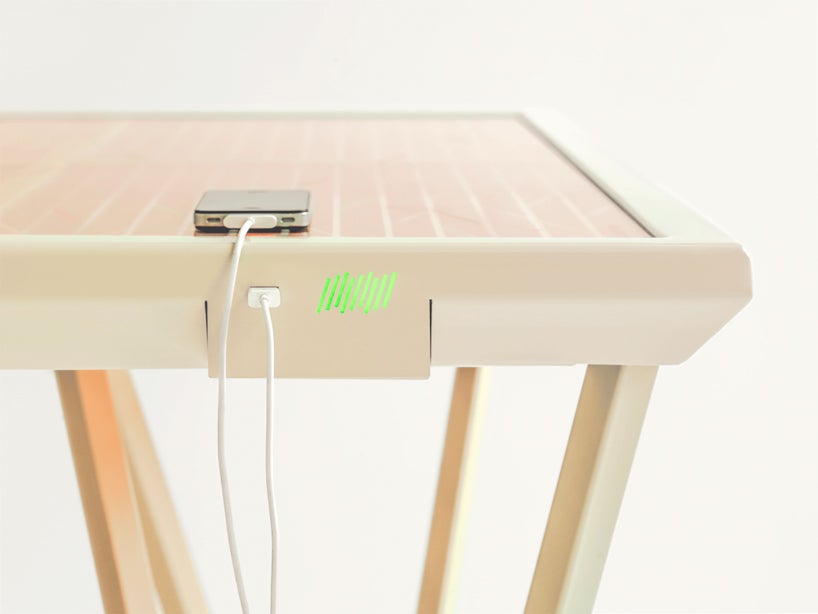 If you think that's cool, check out van Aubel's Energy Collection. It's a set of glassware that, like the table, are embedded with dye solar cells that absorb indirect light around the kitchen. When you put your glass back on the harvesting shelf, it deposits its energy into a central bank that you can then draw from using a USB port. 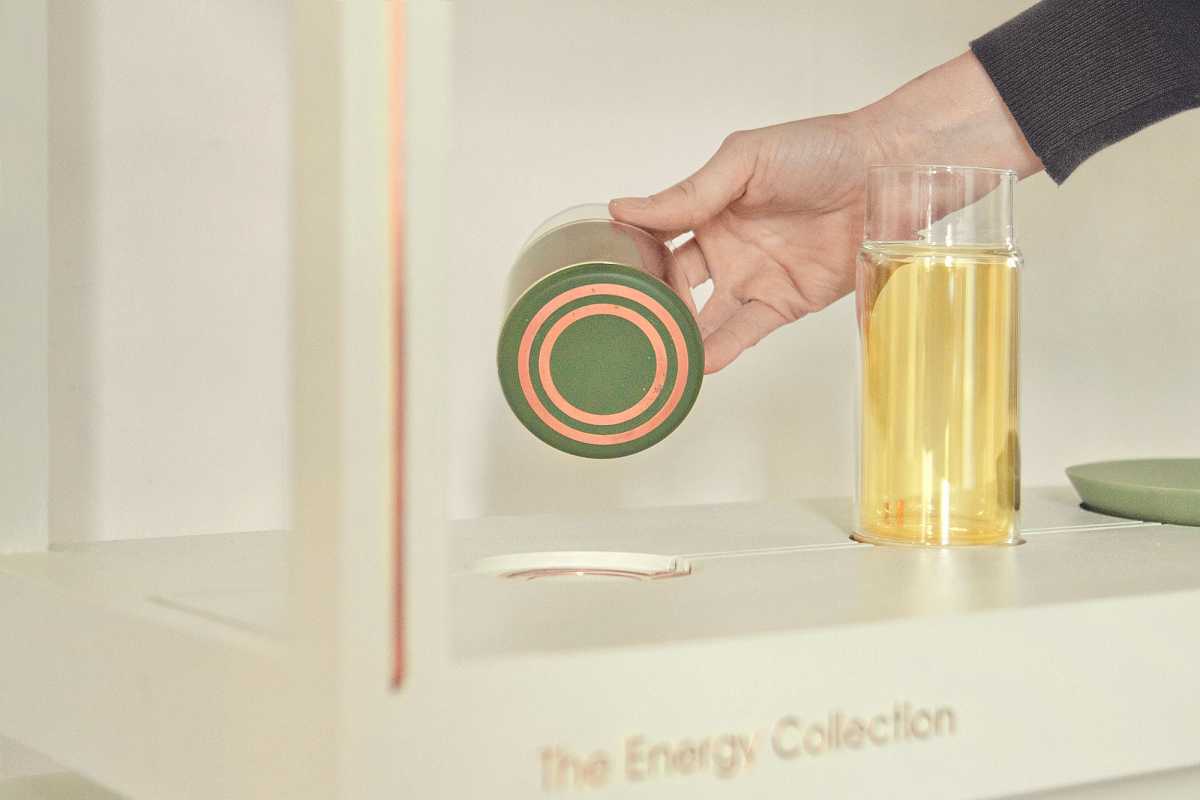 The idea that all of our belongings could some day harvest indirect light from all around us is extremely exciting. One caveat? It will all depend on your ability to keep your stuff clean. [Marjan van Aubel; Design Boom]