This Huge Decrepit Factory Is Home To An Amazing Art Gallery 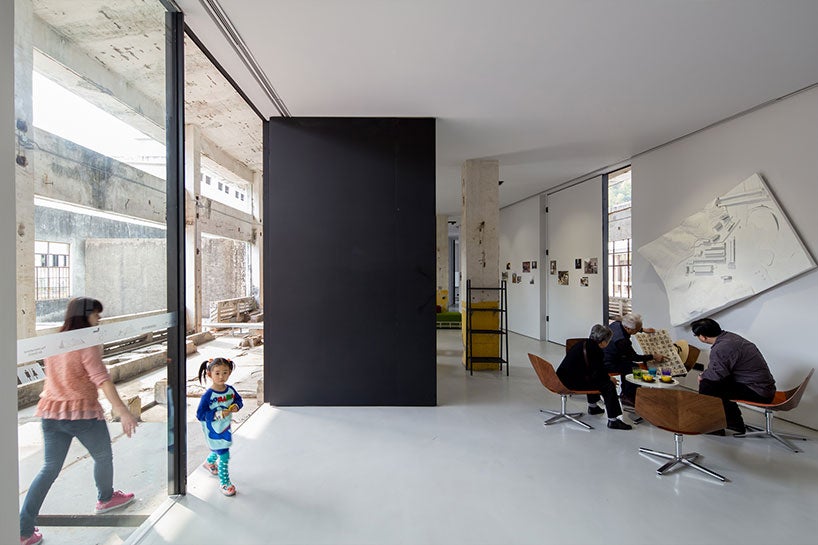 With the right touch, most abandoned buildings can become something great. But to my eyes this massive, crumbling factory in the jungle outside Shenzhen would have been beyond help. Not so for the architects at O-Office, who are turning the industrial site into an arts district.


Today, the factory is called the iD TOWN International Arts District, and it hosts artists and designers from all over the world. But just a few years ago, it was a hulking behemoth of a complex — a 20-acre factory produced dyes and and printing products until it was abandoned by its owners in 2001: 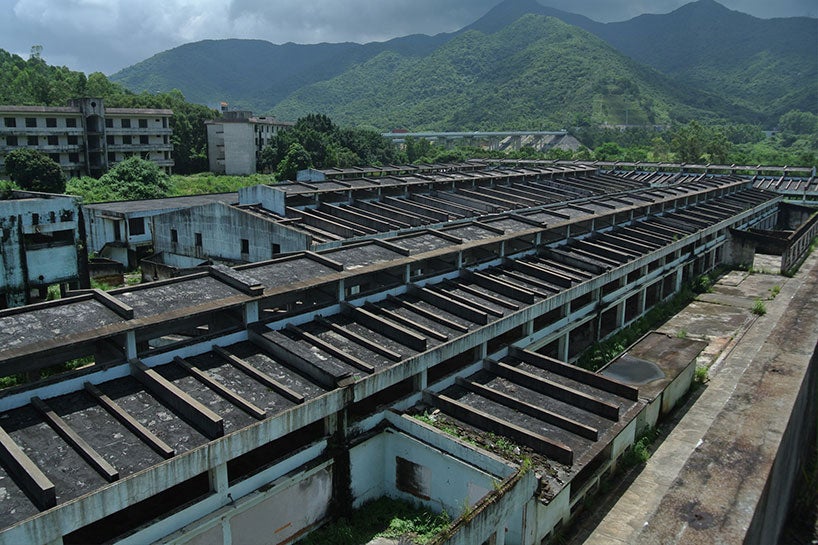 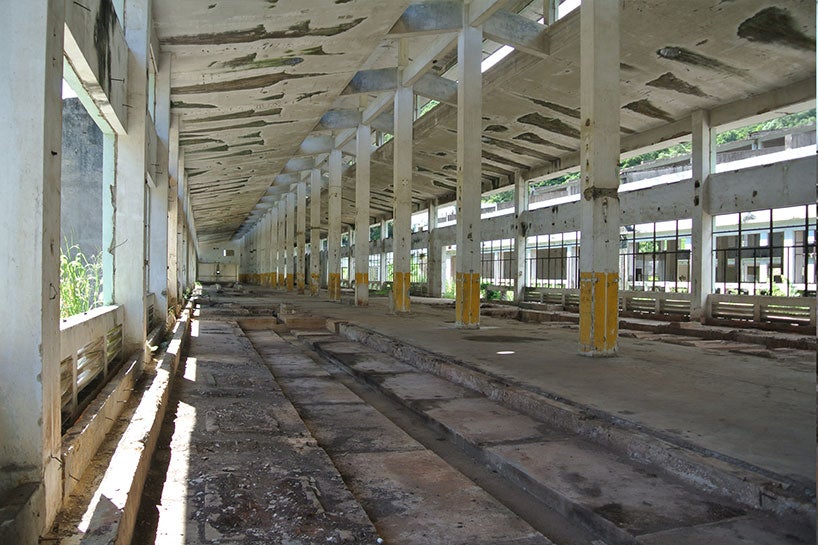 The factory before renovation. DesignBoom/O-Office.

It sat for almost a decade, receding into the massive growth of the forest outside of Shenzhen, until the Guangzhou-based O-Office architects decided to make something of it. 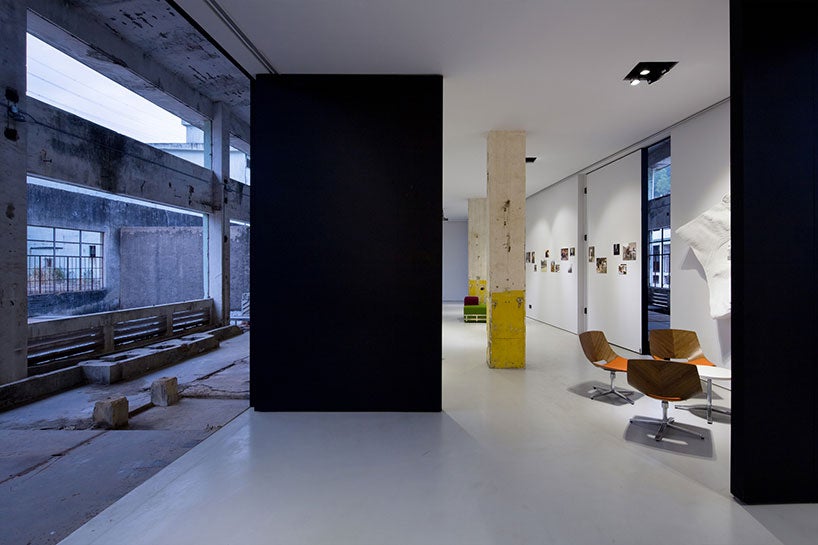 Their work there is far from complete — it’s expected to take two decades — but according to DesignBoom and Architectural Record, its first gallery show opened to the public in January.

What’s so unique about the space is how the architects have treated its decay. Rather than repairing it, they have left it as they found it, and instead inserted a number of new “cabins” inside its ruins. 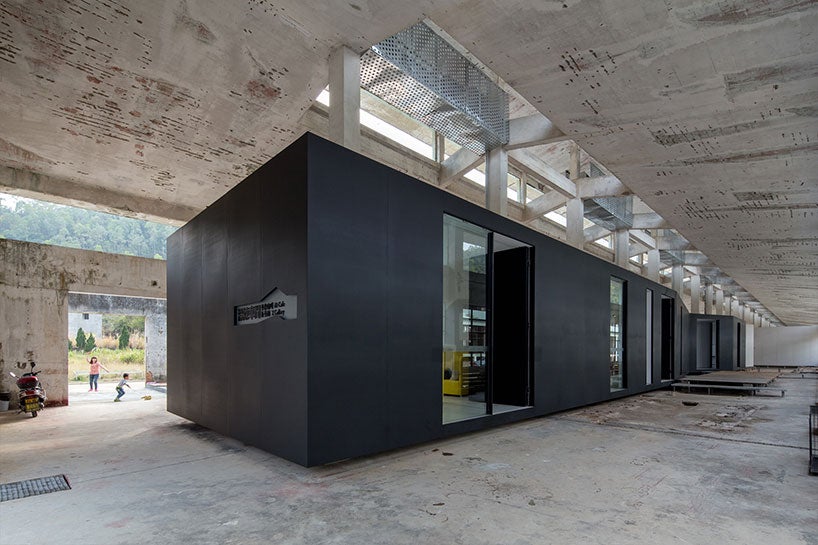 Here’s how AR describes their reasoning:

O-office decided that the immense size of the former dying building that contains it did not have an especially human scale. And so within the 550-foot-long (168m) structure, the architects inserted six small white boxes… in a loose line.

Each new space is perfectly detailed and smooth, which adds to the incredible contrast between old and new. For now, the space holds studio and gallery spaces — but O-Office have big plans, including building a youth hostel and a restaurant. 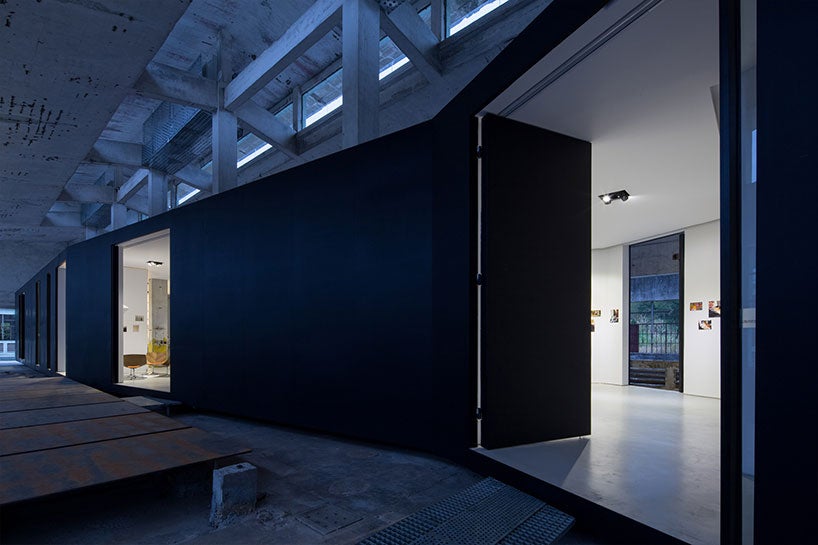 That might seem ambitious, but consider that a handful of other cities, from Istanbul to London, have repurposed their decrepit industrial remains in much the same way — and they have been wildly successful. [DesignBoom]