A sailor's life in the early 1800s wasn't easy. If you weren't getting blown to smithereens or developing scurvy, you were probably drinking grog to dull the boredom of life at sea. Coming into New York harbor to find a wooden church floating in the East River probably felt like actual salvation — or at least a refreshing mirage.

But these churches were very real. Built and operated by the Seamen's Church Institute, which as Untapped Cities' Matt Nestor explains, was founded in 1834 and still exists today. But the SCI's heyday was the mid-19th century, when it operated three successive floating church for incoming sailors at the foot of Pike Street (where the Manhattan Bridge stands today). There, sailors could hear sermons or partake in a reading room and a temperance society. In other words, it was a place to stay out of trouble. 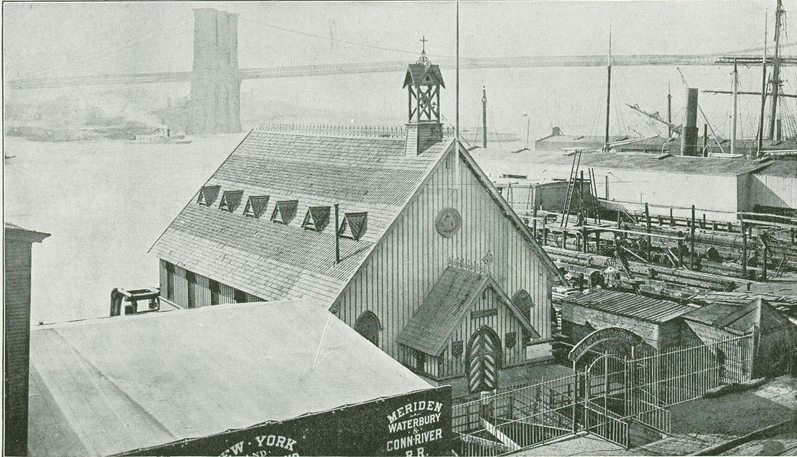 The first church, known as the Church of Our Saviour was built in 1843. But by 1866, due to the "decay of this boat and building rendering it untenantable," the institute had it torn down and replaced with the Church of the Holy Comforter, which lasted until the rent on its dockside location on Dey Street, on the Hudson, became too expensive. The third church — back on Pike Street — lasted for another 41 years. 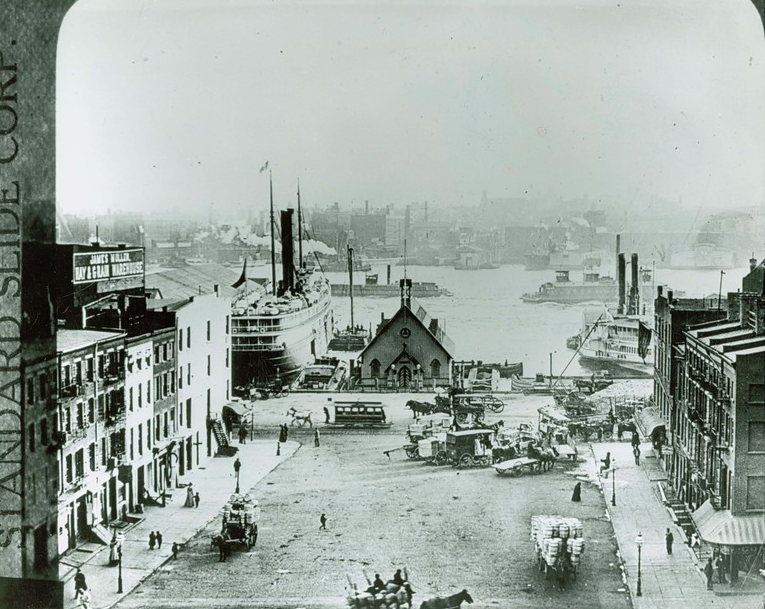 So what happened to the final church once its congregation had dwindled? According to the SCI archives, the church was towed across the Buttermilk Channel to its final resting place, in Staten Island — but it doesn't say much more than that. 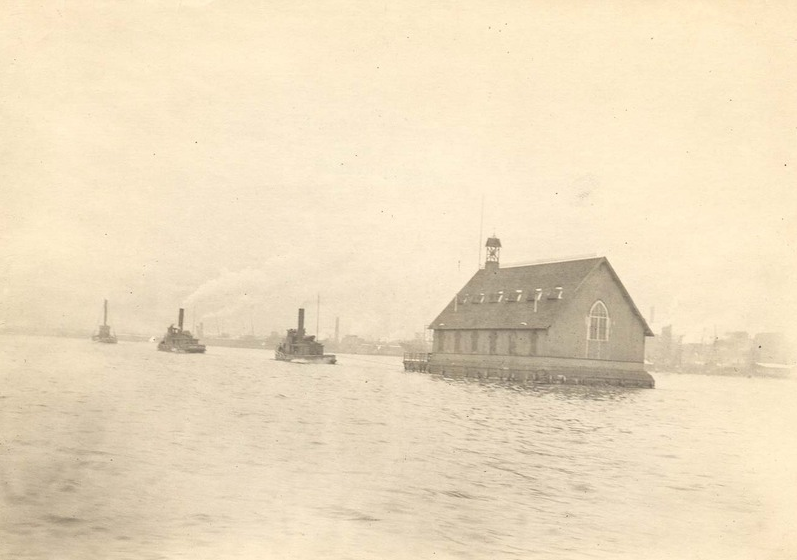 Just before Christmas in 1910, the old church (and its organ) floated across the channel to a debt-stricken parish of Mariners' Harbor, in Staten Island. There, it sat in the harbor hosting services for four years; largely the same church that had given sailors a place to go for 40 years, just across the bay.

But the parish had big plans for their waterlogged house of worship. By 1914, they had raised enough money to build a foundation for their floating church, and that summer, workers unmoored it and hoisted the wooden building out of the harbor. According to Nycago, they laid it on its new foundation, and despite the fact that the corner stone wasn't laid until months later, sermons began immediately: 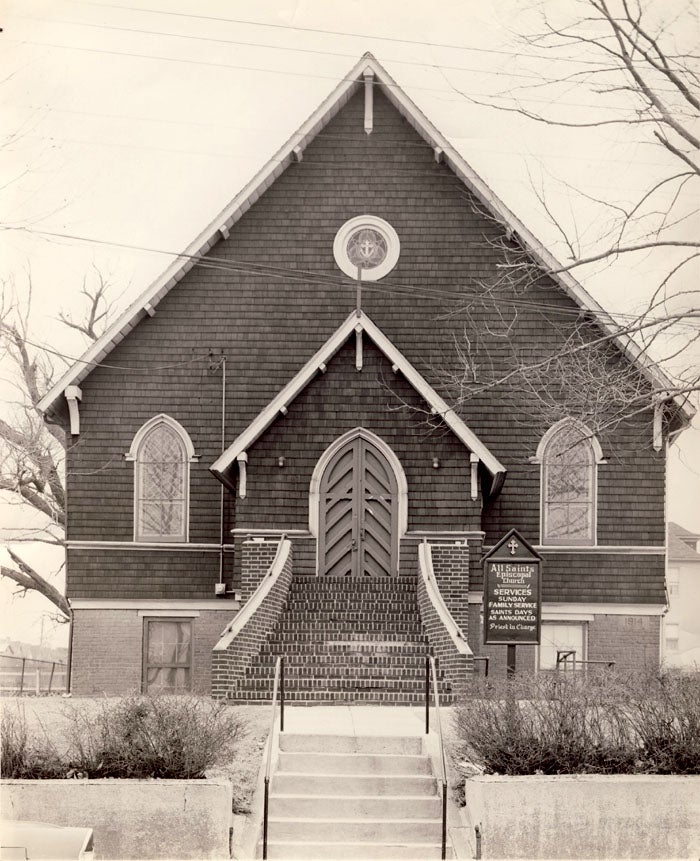 So, for another 44 years, the sailor's church became a beloved idiosyncrasy on Staten Island — until tragedy struck, in 1958, when a massive fire all but destroyed it. The gutted building was demolished, and soon after, construction began on a permanent replacement.

It would seem that's the end of the last floating church. But a fragment of it still exists somewhere in the world. Though the fire destroyed its structure, the church's organ — which was built back in 1869 when the original church was constructed on the East River — survived. 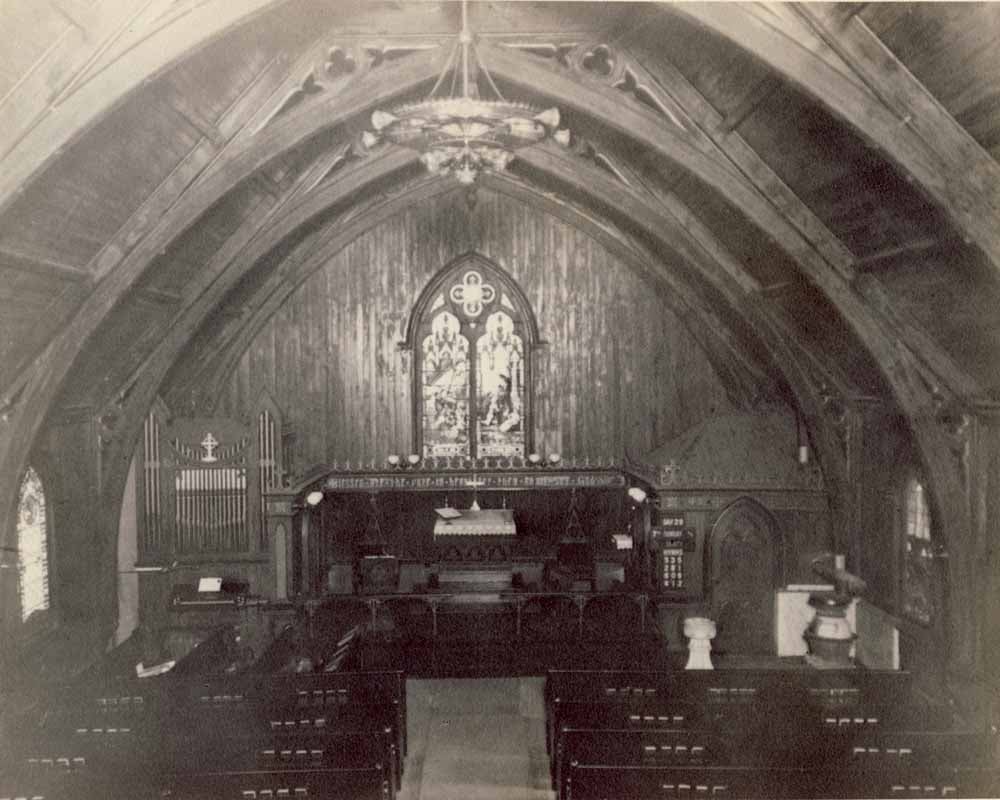 Its whereabouts today are a mystery. All we know is that the organ was bought by one Ralph Clauson, who restored it and shipped it out west. The last record found for the organ ends with a short note: "Gone to California." So who knows, Californians — maybe an organ from New York's last floating chapel ended up in your own hometown church. [Untapped Cities; SCI]