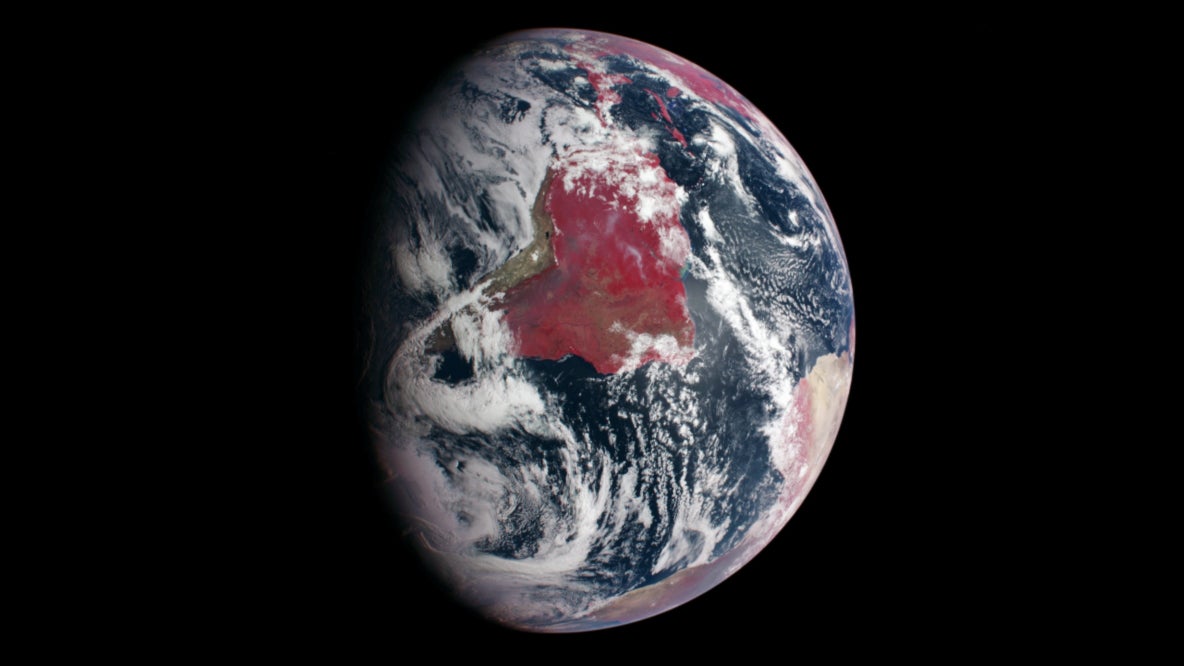 Forget the Pale Blue Dot, let's throw some red in there too. This false colour image shows plant growth across the planet in red where usually you'd expect some green.

The wide-angle camera records light at eleven different wavelengths, including visible and infrared light. Combining blue, red, and green light results in a true-colour image from the observations. The image substitutes infrared light for blue light in the three-band combination. The resulting image is crisper than the natural colour version because our atmosphere scatters blue light. Infrared light, however, passes through the atmosphere with relatively little scattering and allows a clearer view. That wavelength substitution makes plants appear red. Why? Plants reflect near-infrared light more strongly than either red or green, and in this band combination, near-infrared is assigned to look red.

It's not just an indicator of vegetation presence, either. Healthier plants reflect more near-infrared light than than stressed plants — so bright, vivid regions of red present dense and thriving foliage. That means NASA can keep track of how things are growing, not just where. [NASA]