The Fascinating, Complex World Of Paralympic Biathlon And Nordic Skiing 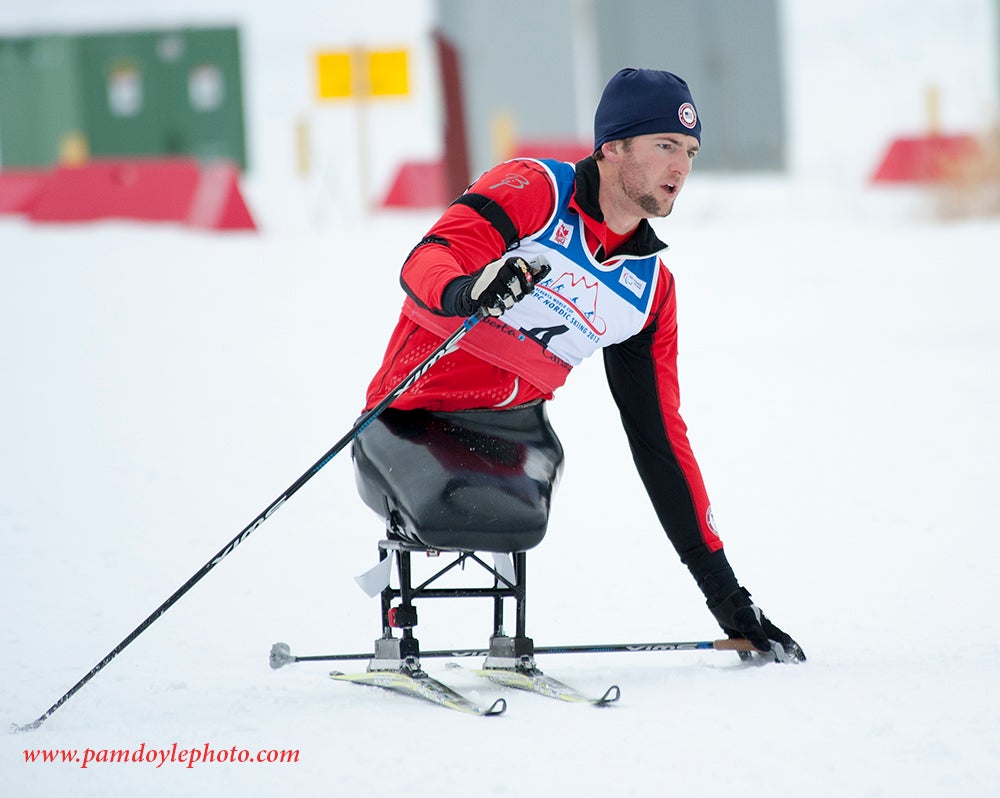 The Olympics are done for the year, but Paralympians from all over the world took to the courses in Sochi this week to compete. I talked to John Farra, High Performance director for Paralympic Nordic skiing about the challenges of skiing with a spinal injury, shooting with no sight, and why veterans excel at biathlon.

What is Paralympic Nordic Skiing?

John Farra: Paralympic Nordic skiing includes cross-country skiing, a cross-country relay made up of sitting and standing classes, and three biathlon races. Generally all Paralympic biathletes also compete in the cross-country events — when you qualify for the Paralympics, you can do both. It's the same sport, with the same classifications.

For biathlon, this is as simple as it gets: You ski a loop once, you come in and shoot at a target. For any shots missed, you have to ski a penalty lap. Then you go out and ski the loop again, and shoot a second time. You'll do your penalty laps for each shot missed, then ski one more loop to the finish line.

There are three different classes in Paralympic biathlon: sitting, standing, and visually impaired. These are totally independent of each other, and will each have their own races in Sochi.

How did you get involved?

Farra: I'm a former Olympian who competed in two cross-country events at the 1992 games in Albertville. After retiring from the sport as a competitor, I got involved with coaching; first at the club level, then as director of the US Ski Team's nordic program. About two-and-a-half years ago, as the US Olympic Committee took possession of the from the United States Ski and Snowboard Association, and invited me to "to build what Nordic represents" — about 55% of medal count at the Paralympic winter games.

I first wanted to turn it down because I didn't know anything about the Paralympics. This was totally new to me. But after talking with people who had been on both sides of the fence of the sport, they said: "Hey, it's no different. It's international, these are world class athletes, and they need the same high performance strategy to try to get an olympic medal." I was also inspired by the fact we had five or so full-time skiers at that time — in the whole country! — who really considered themselves Paralympic skiers. And that's not enough to be a successful nation. We need hundreds of people calling themselves Paralympic skiers, or at least adaptive Nordic skiers, in order to find the cream that rises to the top, and develop those who have that special extra thing.

The strategy to build the brand and get the word out is working: The team has gone from six competitors in Vancouver's Paralympic winter games, to 18 athletes in Sochi.

Tell me about the athletes.

Farra: Eight of the athletes on this year's Paralympic Nordic skiing team are veterans, with all service branches — Air Force, Navy, Marines, and Army — represented. We've probably been more successful than many Paralympic sports in targeting that population, and I think in part it's because of the biathlon. It's got the physical part with the cross-country skiing — which is so freaking hard — and the mental challenge of slowing down, being on your game, and shooting under duress, which is basically what being in the military is all about anyway. All veterans will have had a rifle in their hand at some point or another, even if they're not specialists; but we never come across veterans who've already been skiers — typically they have never been on snow. 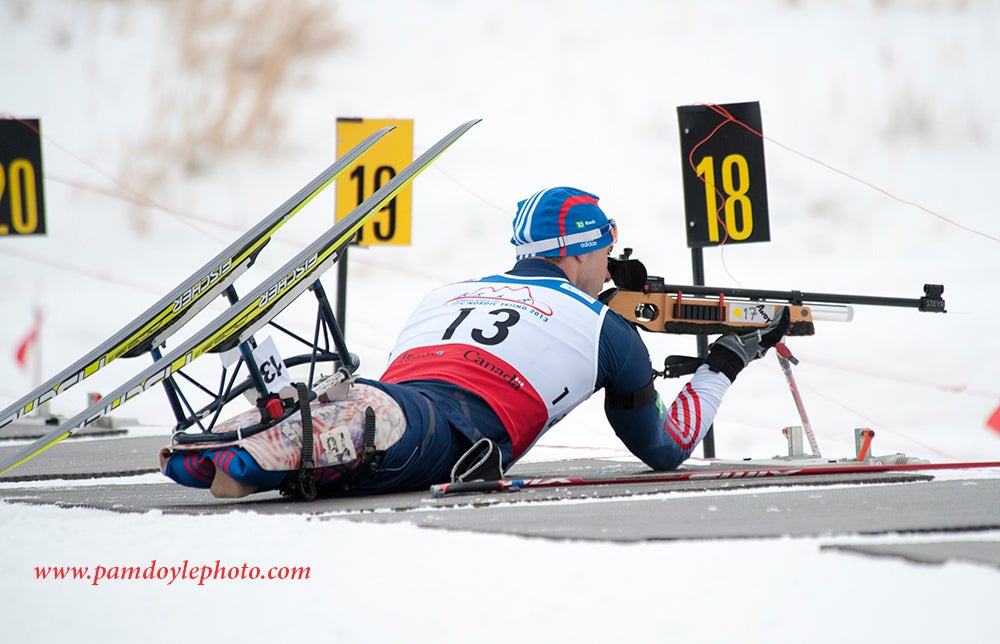 We send coaches directly into the veterans' hospitals where these vets are going through therapy for upwards of a year or two, learning how to live without limbs, or with a spinal cord injury. We'll get them on our skiers — which are like rowing machines that allow them to simulate the pole motion — and bring in an electronic rifle and ask them to take a few shots. They're all macho and tough and want to do well — and then they're totally hooked. 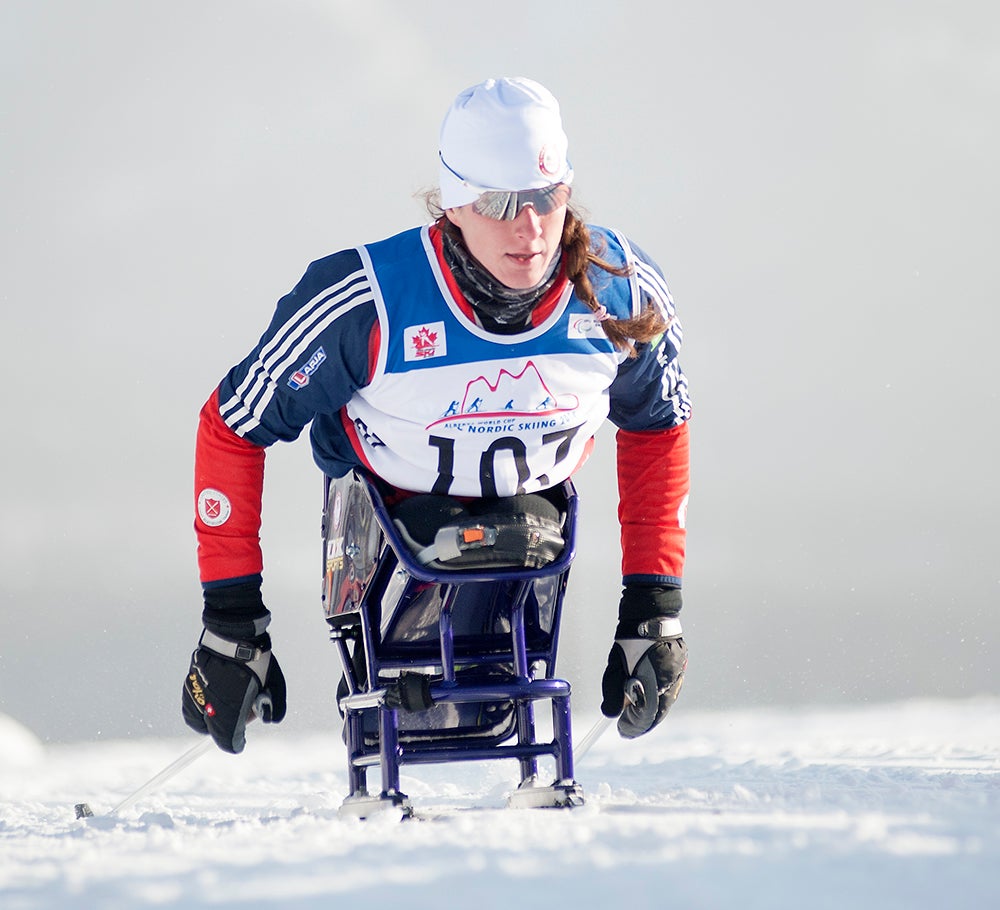 Then we'll get the ones who are genuinely interested to a ski camp, where first timers can practice in a real high-performance environment. This strategy was a little unusual at first — and it does spread our resources a bit thin — but it's basically allowed us to quadruple the number of [opportunities where we can be quick to respond]. They can be a little overwhelmed, but they will see the professional program we run — and tend to get inspired by the USA jackets — and they go: "Wow. You mean I can go to the Paralympics someday?" "Uh, yeah, in about two years, if you train." This isn't a lifetime thing; this could be in a very short period of time if they devote themselves to it.

Each athlete must be IP [International Paralympic] classified, which generally includes a medical and a technical exam, which will determine which class an athlete should compete in.

What are the different classifications within biathlon?

Farra: There are three classes of visually impaired athletes. The first class have no visual abilities whatsoever. Not only are they supposed to be already fully blind, but they are also forced to wear blackout goggles, as even the smallest amount of light perception — like differentiating the dark of the trail — might give them a little bit of an advantage. 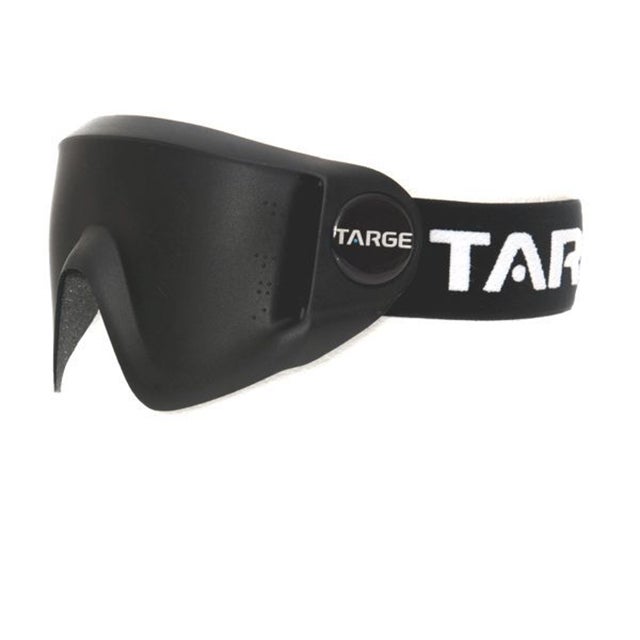 The next division are considered partially blind; they have significant visual impairment but they can still almost see, and they can almost ski without a guide. Then there is the group who can generally ski by themselves if they need to, though it's probably better for them to have a guide, to help them go really really fast without worrying what they're going to run into. They're guide will often ski ahead and yell directions through certain sections, to try to encourage them to go faster than they normally would.

There are five sitting classes. We have a couple double amputees who are military veterans, who got blown up on roadside bombs and lost their legs, but they're these V-cut navy seals with massive torsos who have full use of their core, who can hammer up anything. Those are one-hundred-percenters — the thoroughbreds of sit-skiing. We also have athletes have a spinal cord injuries around the bellybutton — a T4 or T5 area — who have a little less use of their core, but can't pick up their legs, for instance, so they're missing their hip flexors. Then we have athletes have a spinal cord injury about chest level, and literally can't use anything on their body except for their arms. If they bend over like a skier does to get the full compression on the ski poles, they won't get back up; there's no muscle that will help him to push his body back up to position.

What role do the guides play?

Farra: Guides will ski with the visually impaired classes. These athletes who have been in World Championships, and have been considered the top able-bodied skiers in the nation. They have to be fully capable of skiing faster than the blind athlete, not just skiing in front of them. Now, for all intents and purposes, they are Paralympians.

They need to know how far in front the athlete wants them to be: too close and he can only see the the guide's bib, too far away and he can't make out the movements. If there's a big aggressive downhill or a turn, there will be holding zones, where the athlete can either hold the ski pole or the arm of the guide in the dangerous stretch.

What kind of gear do the athletes use?

Farra: Unlike alpine gear, which has shocks and struts and very complicated machinery, our equipment has no moving parts or pieces. You want the bucket as light as possible and it needs to fit in the classic track. But there's not really an established manufacturer for Paralympic Nordic ski gear; it's not a big business, because there are very few people who would consider this their lifestyle. It's pretty simple once you have a model, though. We've had the best luck, quite frankly, going to a welder with a napkin we've drawn on and saying: "Here's an example of what we want — can you build it?" The response is usually: "Sure, that's all you want? I'll have it done in a couple days." And we pay them 400 bucks for their time and we give it a try. And if it doesn't work or we screwed it up, we try it again. 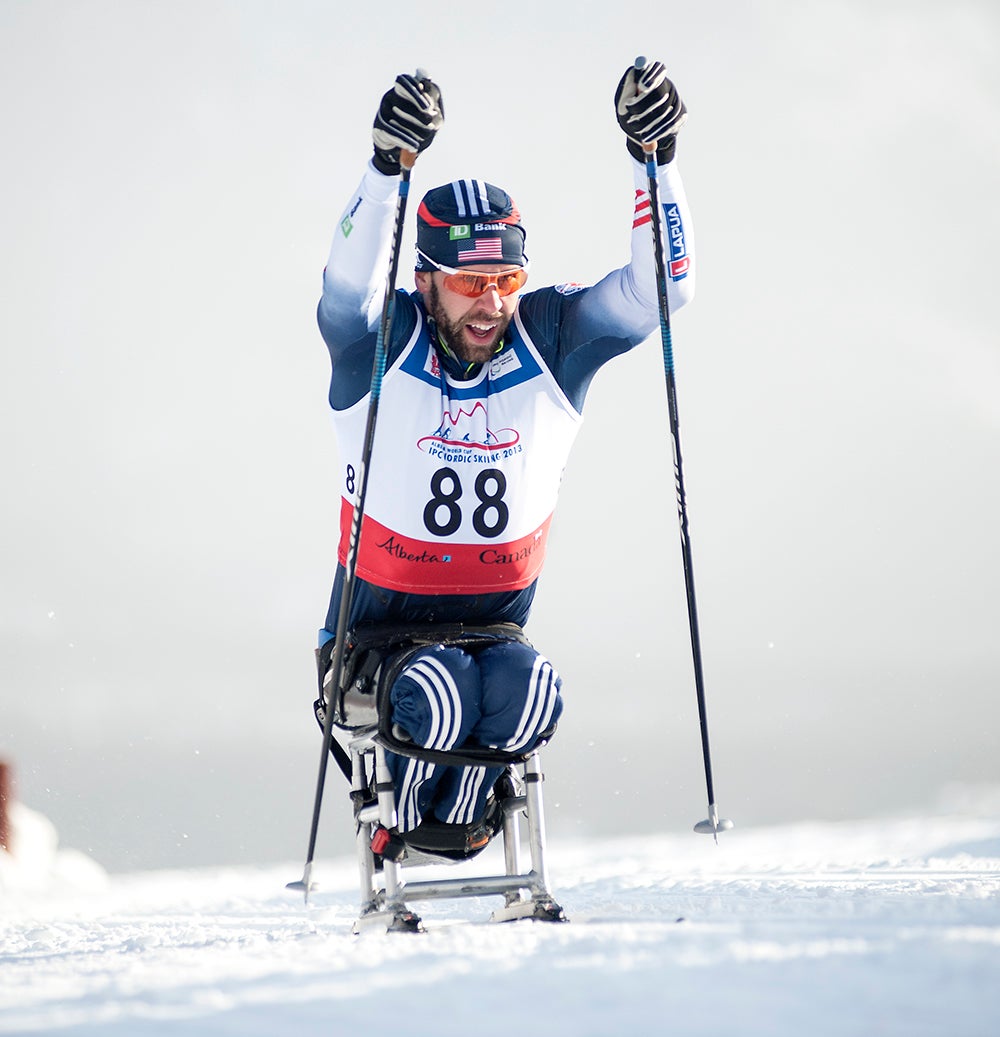 Over the years we've had a lot different people design or make these sit-ski devices for us, so we have a bunch in our quiver. They're all over he country; sometimes we have to slap a UPS label on them to where the next camp is, and we just take a gamble. It might not be perfect, but at least these athletes will get to experience sliding on snow. If we have someone who's a really high-performer who's broke — which we come across pretty regularly — we consider it a lost and say, at least we brought someone into the sport who might be able to win a medal someday. And then we'll make another one. It's not that hard.

Both sitting and standing classes shoot in the prone position on a shooting mat, using a high-powered precision air rifles with .177 calibre pellets at a 15mm target from 10m out (Olympic athletes are shooting 22-calibre rifles at 50 metres). They will come into the range and a coach will hand them their rifle.

Visually impaired athletes use an electronic rifle that's all ready to go, hooked up and laying on a mat. Looking down the barrel won't do them much good; they shoot using their auditory sense. They will lay down, put on headphones, aim, and listen for the highest pitch they can hear, which means they're getting closer to the centre. The athlete can hear the difference if they hit the target or not, based on the after-shot tone they hear, so when they leave the mat they know how many laps they have to do.

So how can you watch the Paralympics from home? You can stream Paralympic sports from the official homepage here.