Are You A Lonely Freelancer? Try Renting A Desk In A Cool Office Space 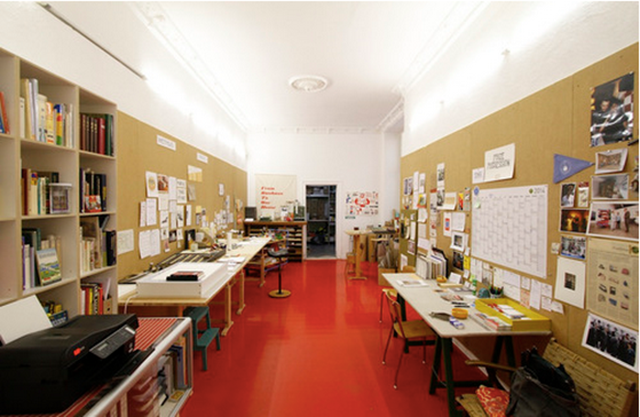 The life of a freelancer or remote employee is characterised by a few day-to-day truths: a commute that doesn't necessarily involve leaving the bed, pajamas as acceptable daywear, and stretches — kind of long to very long — with no IRL human interaction. Leaving the house is healthy — but where to go?

These new sites want to introduce you to your new favourite off-site office space. 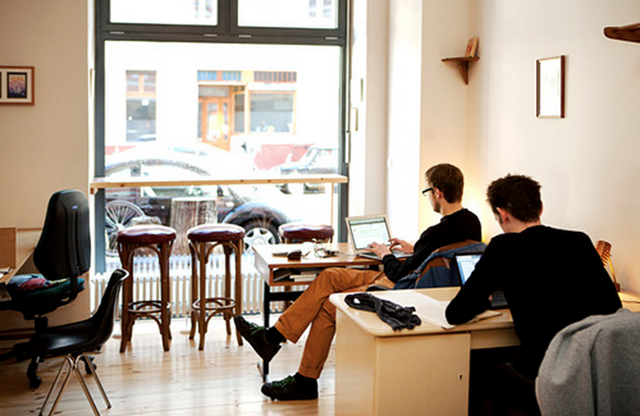 The concept behind Deskcamping is this: Since existing studios and workplaces aren't always able to use up all their interior real estate, and solo workers often don't have the cash to shell out for something on their own, this site acts as a kind of matchmaker between the two.

Available desks are posted online in a nicely styled profile that reads like something from an dating site or AirBnB listing, complete with at-a-glance info on pretty much all the basics you'd want to know — and then some.

Since founder Nick Couch launched a bare-bones, curated version of Deskcamping geared toward artists and designers a few years ago, it's grown into a super user-friendly incarnation — but from the entries I saw, definitely still with a creative edge. As of now, however, it is only available in Berlin, New York and London.

Even simply browsing the listings is a nice way to kick off the somewhat daunting experience of trying to find a new, not-your-sofa niche. And this is a clever fix for a growing shift towards an untethered workforce, where the only thing you need is a functioning Wi-Fi connection to be on duty. 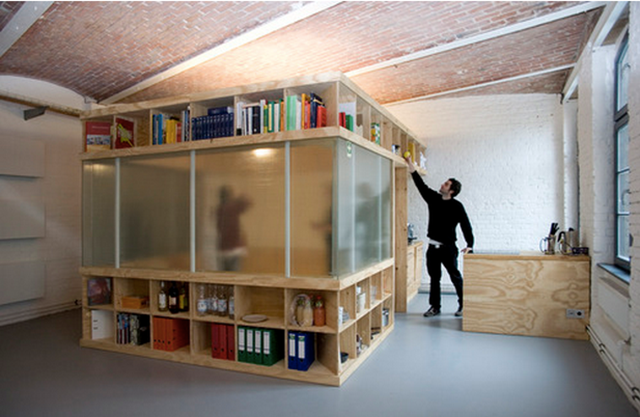 Breather, a brand new service that launched today, offering by-the-hour reservations at pre-approved "Breathers" around the city (currently the service is only available in New York and Montreal). An app will give you access to the listings, a tap on an iPhone will unlock the front door of your choosing, and you can use the space for, well, anything, it seems.

The site says it could be good for anything from client meetings to a nap, but I'm not sold on this concept for use as a viable workplace. Part of the reason a freelancer would commit to paying for space would be the stability it provides, and this — despite how beautifully appointed the press photos look — seems like an inexpensive way for businesspeople to fit in a quickie at lunch. 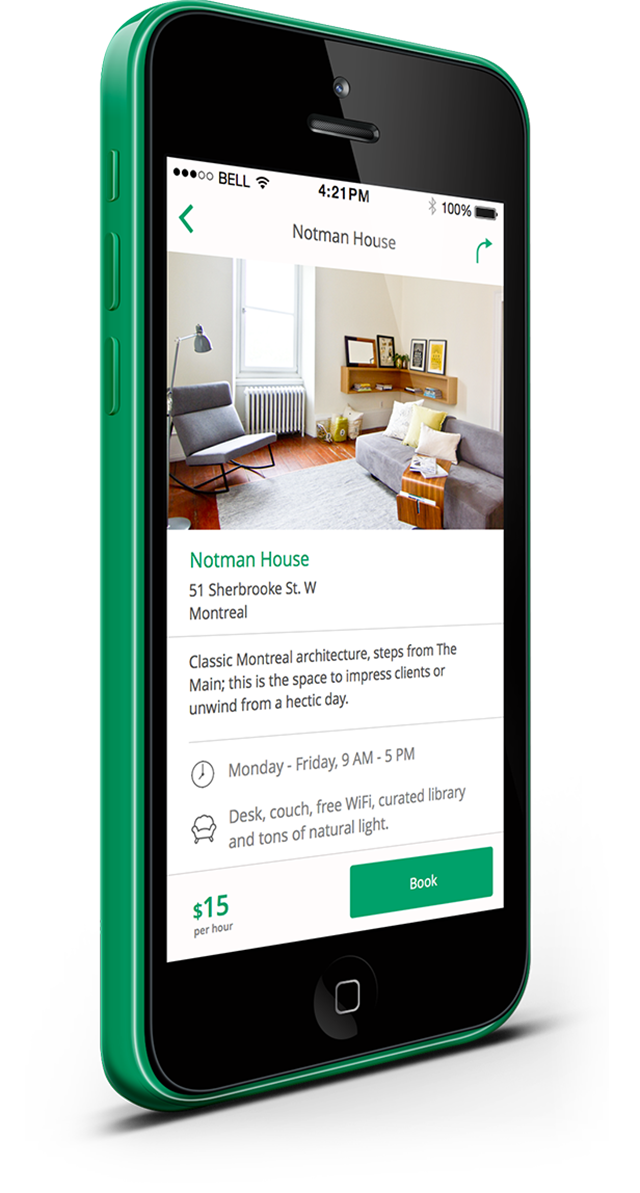 I've been office-free for about three years now — first as a freelancer, now as part of Gizmodo's (small) San Francisco faction — and while there are many (most?) things I don't miss, the energy of having other busy folks around can be a huge boon for concentration, productivity, and the general feeling that you're part of something.

Options for fellow employment rogues are somewhat limited, but definitely growing. Coworking spaces are popping up, offering events and classes in addition to a place to sit; chosen wisely, joining one can be a major step towards quelling the soul-crushing deep dives into the meaning of your weird, solitary existence and many, many questions about whether you're doing it — "it" being your career and your life — completely wrong. (I highly highly recommend Makeshift Society in San Francisco, which is opening a Brooklyn branch soon).

Unfortunately, membership or rental fees can be cost-prohibitive. If you can't afford to commit and need to cafe-dwell, don't forget to be a good patron : buy lots of stuff, don't overstay your welcome, and always tip well.

I'd love to hear from fellow non-office folks out there — where do you do your best work, and what's worked best for you?