Panasonic Has A 4K Action Camera And It Is Goofy

Panasonic has officially announced the HX-A500 wearable action camera, the real-world version of the prototype we saw back at CES. It's dustproof, waterproof down to 9.8 feet, and it straps to your head like some weird kind of Universal Soldier head piece.

The HX-A500 is the first wearable camera that shoot 4K footage at 25fps. (I mistakenly called this "the first" having forgotten that the GoPro Hero 3+ Black shoots 4K at 15fps — a useless framerate for anything other than timelapses.)

Additionally, the camera will shoot 1920 x 1080 footage at 50fps and 848 x 480 at 200fps. It weights 30 grams and comes with all manner of accessories for mounting the thing to your head or body. (we can't find the official release, so we're pulling from here, for right now.)

From a design perspective, the HX-A500 looks a lot like the existing HX-A100. And though appearances aren't the most important thing — image quality is — we can't help but giggle a little at how this thing looks strapped to you dome. 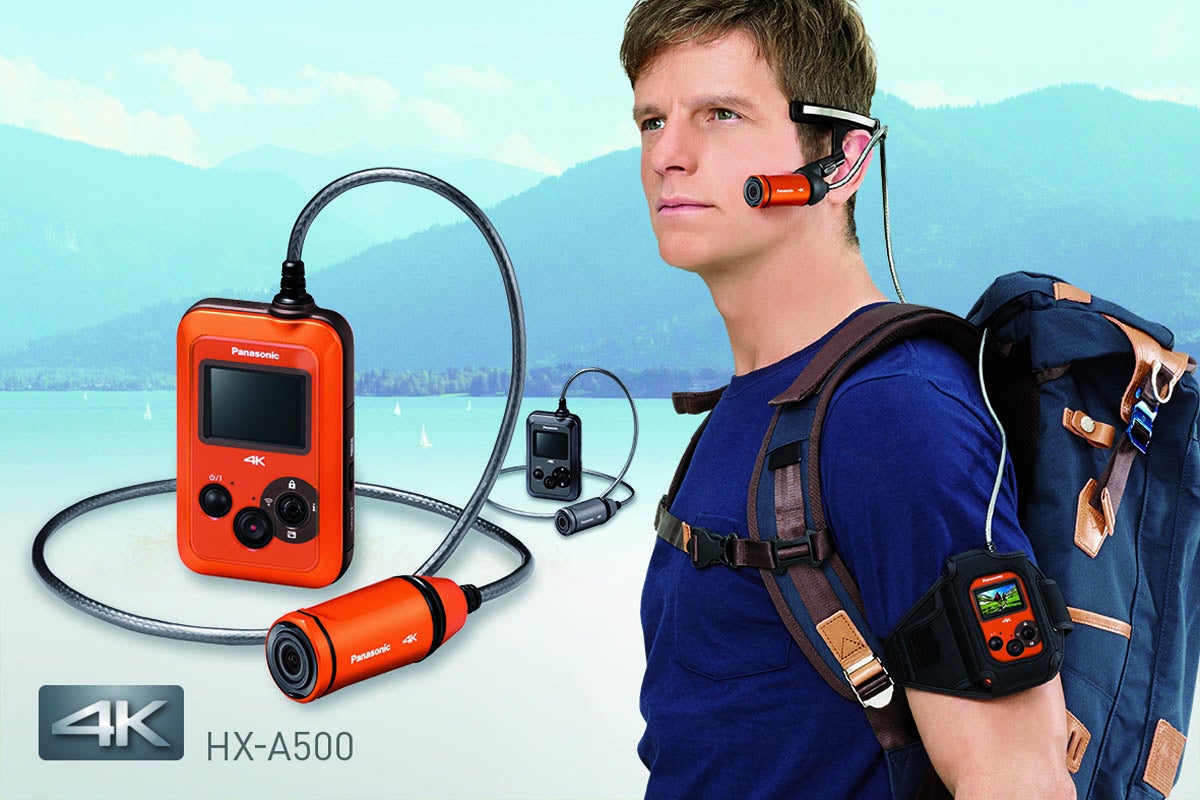 The HX-A500 will reportedly be available in June for ~$US620. That is very expensive for an action camera, even if it does shoot 4K. [Techfieber.de]