This new cool SpaceX photo popped in my Twitter feed right after reading how Putin is annexing Crimea to Russia in the same way Hitler annexed the Sudetenland to Germany back in 1938. I don’t know what will happen next but this is yet one more reason why NASA should fast forward the manned use of SpaceX’s Dragon spacecraft.

It’s stupid that the United States depends on a fascist country governed by a power-hungry, gay-hating authoritarian ex-KGB officer with an ego only matched by the size of the off-shore accounts and corrupted business dealings of his gangster cronies.

And it’s even stupider when you look at the bill: Russia is basically extorting the US into paying an inflated price — $63 million per astronaut! Compare it to the price of one seat in Dragon: Only $20 million per seat. And Dragon can take seven astronauts on board. I feel like they are laughing at us for being just such putzes.

I know that Dragon needs to be safe, that it probably needs a bit more testing before launching humans to space, but we have done much — much — more in much less time (HELLO MERCURY! HELLO GEMINI! HELLO APOLLO!)

NASA and SpaceX must work together and accelerate the process to get Dragon ready to ferry astronauts in and out the International Space Station while they keep developing Orion for interplanetary travel. Congress, NASA, SpaceX, the President, all of the above, should act now. 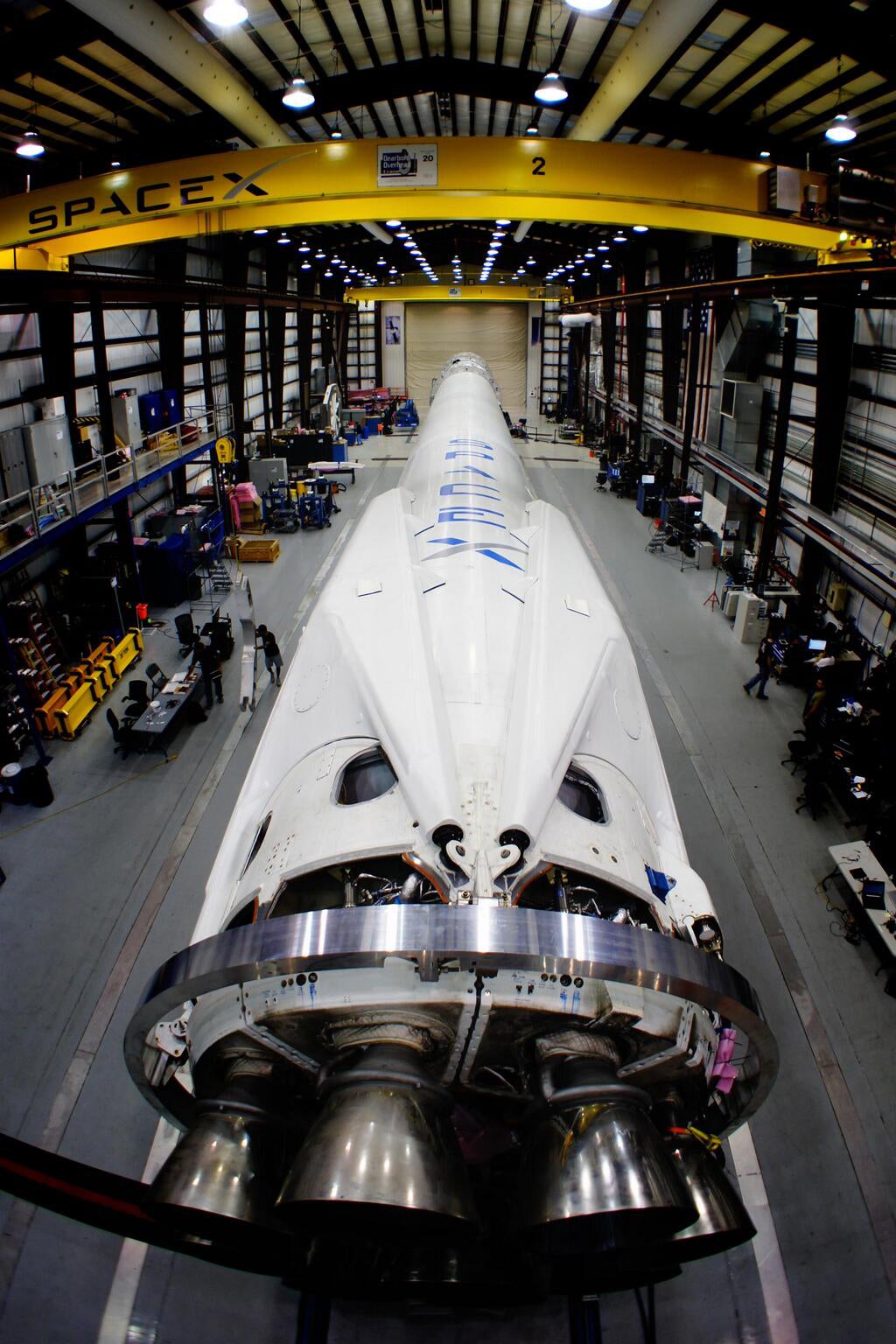 From SpaceX: “The Falcon 9 rocket in SpaceX’s hangar at Cape Canaveral, preparing to launch [the Dragon spaceship] this Sunday.”