Is Eating Your Boogers Good For You? 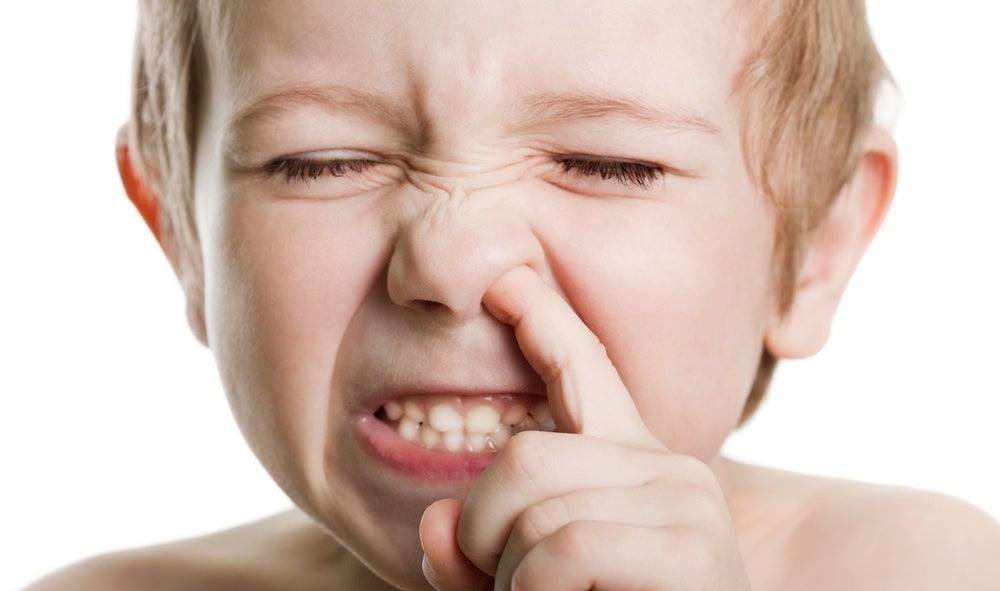 Does physically taking boogers out of your nose, putting them in your mouth and swallowing boost your immune system? The short answer is probably not. You ingest your snot all the time without needing to channel it through your mouth. So if there is a benefit here, you get it without needing to munch your nose nuggets.

That said, there are a couple medical professionals willing to comment on the benefits of mining for green candy, particularly touting benefits to one's immune system.

One of the more credible sounding proponents of the habit is Scott Napper, a professor of biochemistry who made waves around the world's media outlets in 2013 when he half-heartedly proposed to a group of his students that eating one's boogers allows our bodies to safely develop anti-bodies to the weakened pathogens present in our snot and noses. He also suggested that the reason boogers have a sugary taste is to entice children to eat them, thus helping bolster their immune systems… It's evolution. You can't fight it.

While he was mostly just trying to get students interested in doing science by an unconventional proposition, Napper's hypothesis, thanks largely to the media, has since morphed into many seeming to think that he actually did some sort of study on this, and that there is evidence to support it. The truth is that to date no such study has been done, though Napper has expressed interest in doing one, and no doubt would win an IG Nobel Prize for his work if he ever does it.

Of course, as you might expect, finding a large sample size of volunteers is something of a hurdle.

Another name that comes up whenever the subject of eating boogers is mentioned is lung specialist Dr. Friedrich Bischinger. In 2004, he reasoned that eating boogers is healthy for a similar reason that Napper did. The Museum of Hoaxes did a little background check on the good doctor and noted that Dr. Friedrich Bischinger has never published a medical study on the subject and his original quote about the benefits of eating boogers comes from a poorly translated interview with a German magazine. As far as we can tell, Bischinger has never really elaborated upon his original hypothesis since then.

So without any study to date on the subject, to answer the question at hand, we'll need to analyse the plausibility of the hypothesis. Is he correct about the microbes and other things in your nasal mucus? Yes, that's one of the functions of it- to help filter out dust and pathogens.

But there is a problem from here. As pointed out by Dr. William Schaffner of Vanderbilt University, we humans ingest our nasal mucus all the time- day and night. The wet mucus in our noses generally gets shuttled back into our throats via cilia, and sometimes via simple gravity when our heads are in the right position.

So, if you didn't know it before reading this article, you ingest boogers every day. You might have just swallowed some right now. Think about it.

Needless to say, few medical professionals give credence to Napper's or Bischinger's hypothesis. In order for it to be true, there would have to be something special about the relatively dried mucus that you have to pick out over the wet or dried mucus you snort up and swallow. And there is simply no reason to think there would be any significant difference other than, potentially, moisture content.

However, not all hope is lost for you bogey fans, as Dr. Joseph Mercola notes, there's an increasingly popular hypothesis that our obsession with cleanliness as a society is causing more of certain types of diseases because our bodies aren't being exposed to certain pathogens regularly, and thus our immune systems are weaker as a result- the so called "Hygiene Hypothesis."

So it is plausible enough that ingesting mucus does indeed expose our bodies to pathogens it can handle and is helping the immune system in this way. But, as mentioned above, this happens anyway. There's no need to manually pull it out of your nose and put it in your mouth… unless of course, you like it. Either way, it's going to end up in your stomach.

That said, while it may seem gross to those of us who've never tried (or don't remember- nearly all children do this at one point or another), according to the sparse few studies that have been conducted on booger eaters, the vast number of people who eat their nasal mucus find it palatable, which probably isn't a surprise to anyone as if they didn't, they'd likely just stop. As Sidney Tarachow in a 1966 report on coprophagia (the compulsive eating bodily secretions) noted, "persons do eat nasal debris, and find it tasty, too!"

So to sum up, at least to date, there is no scientific proof that ingesting snot by passing it through your mouth is beneficial. That said, it is plausible that the snot we do all ingest all the time is benefiting us in the way snot-eating proponents suggest. It's just that we don't need to put it into our mouths to see the benefit, if such a benefit does exist as hypothesized.

In the end, though, as long as you're careful, picking and eating is not generally going to hurt you, and many find it tasty… so, if that's your thing, bon appétit!