Frozen World War I Soldiers Appear In The Alps

The White War — a snow-bound World War I battle between Italy and Austria — claimed the lives of countless soldiers way up in the Alps. Now, melting ice is revealing frozen soldiers, some of them perfectly preserved — but not Captain America-preserved — for nearly a century.

The clash lasted four years, beginning in 1915, in makeshift tunnels and trenches at a staggering 3600m above sea level — the highest fight in history. 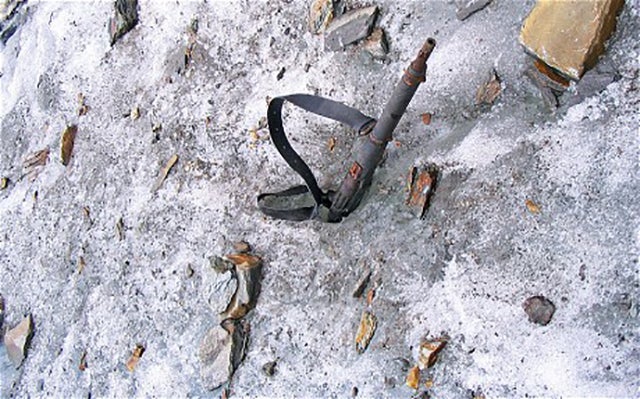 Apparently artifacts began flowing down from the mountains a few decades ago; the Telegraph reports that these even included still-legible, never-sent love letters and poetry. But it's the mummified people — 80, so far — that are proving the most wrenching. 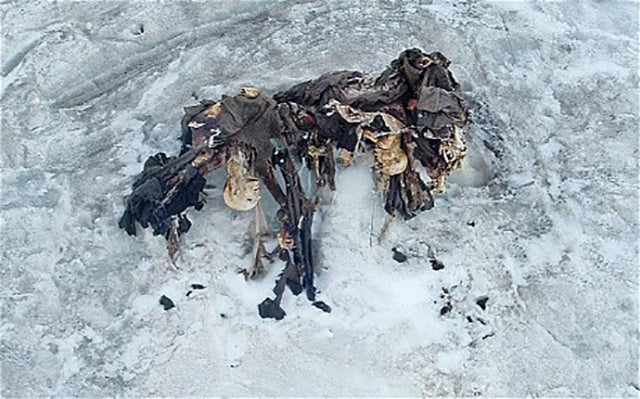 While temperatures and avalanches were the most common cause of death, claiming souls in the thousands, nature wasn't the only killer. Last year, two teenage soldiers were interred in Peio, an Alpine village on the frontline that didn't evacuate during the conflict — both had bullet holes in their skulls. Ultimately all of the finds go to a forensic anthropologist; although he's able to extract DNA, there often isn't enough contextual info about the family's current whereabouts to make the proper identifications and announcements.

So now we have bacteria coming back from the permafrost and frozen soldiers. Next: zombie Nazi soldiers kept immortal by Jurassic viruses.

Lead image: The remains of two Austrian soldiers found on the Presena Glacier in 2012. Photo: Office for Archaeological Finds, Autonomous Province of Trento