What Cold War Nuclear Weapons Can Tell Us About Art Fraud 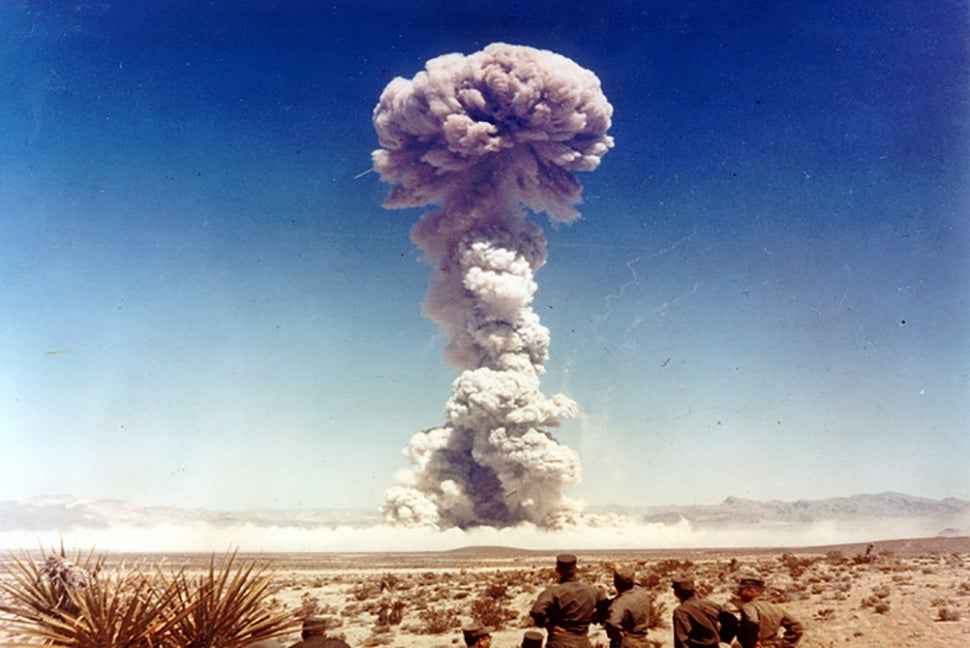 The identification of fakes and forgeries is a basic issue that has always raised controversy. This is unsurprising, of course — the enormous sums garnered by top paintings would turn to dust as soon as a question as to their authenticity arose.


To determine whether a painting is original or not, the expertise of critics and art historians is of course central. They are the only ones who know all the details about the technique of a painter, his or her way of drawing, the colours they used, and the typical ideas and subjects represented.

But often forgeries are so good that this kind of analysis reaches an insurmountable wall. And here, science plays a major role.

Nuclear techniques such as X-ray Fluorescence and Particle Induced X-ray Emission allow us to analyse and reconstruct the exact composition of pigments used by the artist.

These methods are non-destructive and non-invasive, and have almost become a routine tool to help art historians and restorers. Analysis of the different pigments used may reveal that one or more are anachronistic to the alleged date of painting. This would suggest that the artwork may be a fake if the investigated areas have not been previously subjected to pictorial retouching.

But often it is necessary to date a painting with much more accuracy, something only possible with radiocarbon dating, using an instrument known as electrostatic accelerator.

The potential of this is maximised if dating something from the past 70 years or so. This is because there has been an enormous variation in carbon concentration in the atmosphere during this time. Since 1955, the 14C concentration in the atmosphere started to increase dramatically as a consequence of the many nuclear weapon tests performed in air during the Cold War.

The effect was so significant that the concentration of the substance almost doubled in less than 10 years, reaching its maximum in 1963-1965. Then, the Nuclear Ban Treatysigned in 1963 stopped all the nuclear experiments except those performed underground. The 14C concentration then started to decrease.

Nowadays, the concentration has almost come back to the typical amount seen in the years before 1955. We usually refer to this trend of radiocarbon concentration as the “Bomb Peak”. All living organisms from 1955 time will have had a 14C content higher than all the organisms that lived before. So a cotton plant that grew in that period will have had a higher 14C content than one that didn’t.

And so, if we measure the amount of radiocarbon in a canvas made from that cotton plant we can easily conclude that the canvas was manufactured after 1955. At the Istituto Nazionale di Fisica Nucleare (INFN), we exploited this idea to finally solve an enigma that had remained unresolved for more than 30 years.

The painting thought to belong to the series Contrastes de Formes by F. Léger (Guggenheim Venice)

In the late 1960s, Peggy Guggenheim bought a painting on canvas that was supposed to be part of the series Contrastes de Formes, painted in the period 1913-14 by the French artist Fernand Léger. But after some years, the art critic Douglas Cooper questioned the authenticity of the painting. So, even though the artwork was still in the Peggy Guggenheim Collection in Venice, it was never shown to the public.

Thanks to the collaboration with the Guggenheim Museum we dated a small canvas sample taken from the excess fabric around the frame. We measured the radiocarbon concentration, comparing it to the Bomb Peak trend. The result was conclusive: the canvas — or, the cotton plants used to make it — had a high radiocarbon concentration and was dated to 1959 or 1962, at least four years after the death of Léger.

So, nuclear physics proved that the painting was not authentic, nor was it a later copy by Léger himself, as some had suggested. The result of the radiocarbon measurement was unquestionable. This was the first time that the Bomb Peak has been used to discover a forgery of a modern artwork.

This article was originally posted on The Conversation, and is reprinted with permission. Mariaelena Fedi does not work for, consult to, own shares in or receive funding from any company or organisation that would benefit from this article, and has no relevant affiliations.