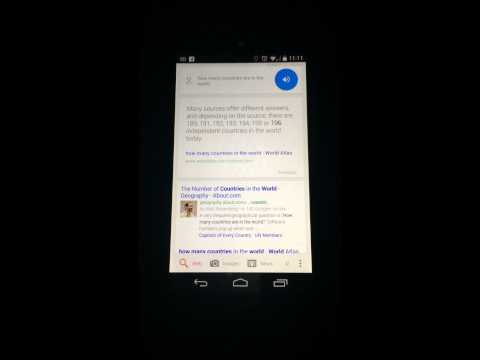 Our testing confirmed that a Nexus 5 returns the same results when you ask it “how many countries are in the world?” It’s an easy mistake for a computer to make (although Siri doesn’t seem to have the same trouble). Thank goodness it’s not true, though; if it were, the parade of nations at the Sochi opening ceremonies could last for a decade. [YouTube via Laughing Squid]