Boeing Is Working On A Self-Destructing Phone For Spies

Government employees who rely on Blackberry’s famously secure encryption might have another phone to choose from some day soon: Myce reports that Boeing has quietly filed papers with the FCC for a phone that self-destructs if you tamper with it. It’s called the Boeing Black, of course.

But this isn’t be a phone for you nor I. The Boeing Black will be built for “government agencies and companies engaged in contractual activities with those agencies that are related to defence and homeland security.” In other words, we won’t be seeing it at CES or MWC — and anyone who buys one will have to sign a non-disclosure agreement stating that they won’t anything about the phone’s internal specs, which Boeing’s lead lawyer describes as “trade secrets.”

We do know a few things about it, though: According to Myce, it will run on secure Android, have a micro SIM that supports GSM, WCDMA and LTE, and have a HDMI port, USB, Wi-Fi and Bluetooth. In other words, it’ll look roughly like the smartphone we civilians use. What will be unique, though, is what happens when you try to take it apart. Here’s how Boeing’s corporate counsel describes the self-destructing phone in a filing from early February:

There are no serviceable parts on Boeing’s Black phone and any attempted servicing or replacing of parts would destroy the product. The Boeing Black phone is manufactured as a sealed device both with epoxy around the casing and with screws, the heads of which are covered with tamper proof covering to identify attempted disassembly. Any attempt to break open the casing of the device would trigger functions that would delete the data and software contained within the device and make the device inoperable.

Here’s a spec shot from the filing: 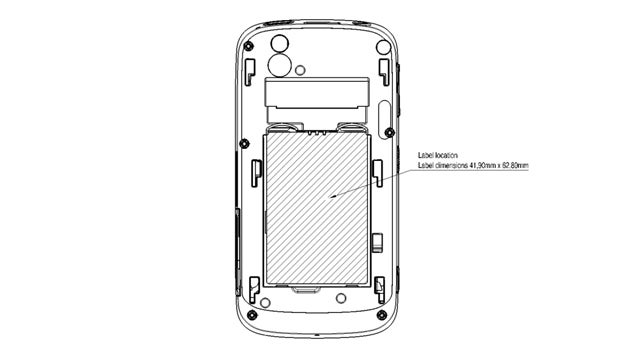 Back in 2012, the blog Android Spin reported that an Android device was in the works at Boeing. But in a statement made today, a Boeing rep described it as forthcoming:

Designed to meet the evolving security needs of defence and security customers, Boeing has released a modular smartphone to enable secure access and exchange of critical data and communications on a trusted mobile device.

Which sounds pretty damn real. Still, it’s hard to know how close the Boeing Black is to market — since, after all, it’s being treated as a trade secret. Maybe someone will leave one in a bar. [Myce; QZ]