Damage to the dish as a result of the cable failure in August. (Image: UCF Today)

Neil Gaiman On Doctor Who And The Reinvention Of The Cyberman 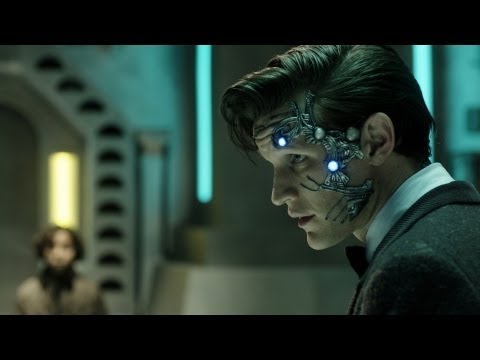 “Nightmare in Silver”, the Doctor Who episode penned by writer Neil Gaiman, saw the return of a long-neglected foe in the Cybermen. Gaiman and Doctor Who seems a match made in space-time heaven, so why didn’t it happen sooner? Will it happen again? Let’s see what the man himself has to say.

Kathie Huddleston over at Blastr quizzed the author about his involvement in the series’ most recent episode. It all began with an email offer for an episode from executive producer Steven Moffat, one he initially rejected. However, the temptation appears to have been too strong to resist:

…Gaiman wrote back that he “really didn’t have time, and life was just completely mental, and I was sorry. And then [he wrote back] saying, “You know, if I could find time somehow, he’d really like it if I made the Cybermen scary again.”

Reinventing the Cybermen went beyond coming up with the narrative — their look had to be refreshed also. According to Gaiman, the rapid pace of technology served as inspiration:

Later in the interview, Gaiman mentions the massive influence Doctor Who had on his young self and how it shaped his writing, going so far as to say it was the “first mythology that I learned before … Greek or Roman or Egyptian mythologies”. As for whether he’ll try his hand again at series:

“I do know it’s been hugely influential on the shape of my head and how I see things. And I know that I feel ridiculously comfortable in that universe and that I will keep going back as long as they’ll have me and as long as I can find the time.”

Be sure to hit up Blastr below for the full chat.