So if Carol and Daryl are getting a spinoff show, does that mean they survive? (Photo: AMC)

Yes, That Announcement About the Carol and Daryl Walking Dead Spinoff...

Some Guy Made An Iron Man Suit 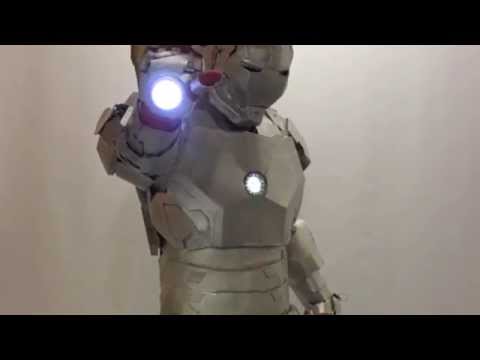 In this video, he’s demonstrating the unpainted Mark 47 armour that he has built ready for the Iron Man 3 premiere this week.

For those unfamiliar with the Iron Man comics, the Mark 47 armour has the ability to fly onto Tony Stark’s body in individual pieces before forming the full Iron Man suit, thanks to a chip implanted in Stark’s arm that lets him control the pieces with his mind. If you re-watch the Iron Man 3 trailer below, you’ll see pretty early on that the Mark 47 is going to be used.

Perhaps the mind-controlled suit is also the same suit that menaces Pepper and Tony as they sleep thanks to Stark’s bad dreams. We’ll have to wait and see.