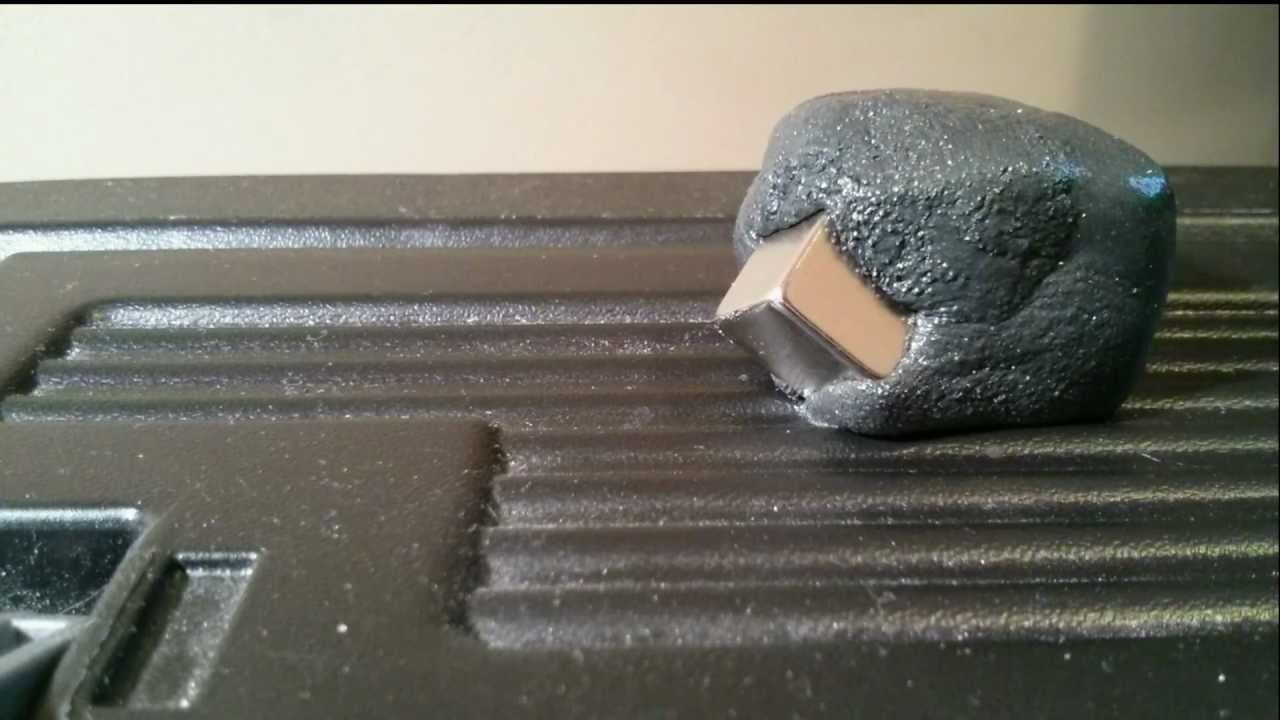 Think Silly Putty is just fun and games? Not always! Just watch this magnetic putty completely devour a rare-earth magnet. It’s not as instantaneous as this time-lapse video makes it seem but it still ends up engulfing the entire magnet.

The video, which was shot over an hour and a half in 3FPS but played at 24FPS, shows the swallowing process of the putty but doesn’t show how eventually the magnet will be surrounded by an even distribution of the putty. There’s no way out! Scott Lawson describes the puttys’ properties:

Ferromagnetic particles in the putty are strongly attracted to the magnet and very slowly engulf the surface of the magnet. The magnet shown in the picture is a strong neodymium iron boron magnet. It’s a very powerful magnet for its size and could erase magnetic stripes found in credit cards and damage electronics!

The putty looks and feels like regular silly putty, but the difference lies in the fact that it has been infused with millions of micron-sized ferrous particles (most often iron oxide powder). The magnetic putty is not actually magnetic by itself, since the infused particles are made of iron powder.

The cube magnetizes the ferromagnetic particles in the putty and cause the ferrous particles to align with each other to create north and south magnetic poles, making the putty become a magnet. The magnet effect is only temporary (but obviously long enough to swallow the magnet) until “thermal agitation shakes the particles” and they lose their Magneto powers. [Scott Lawson]