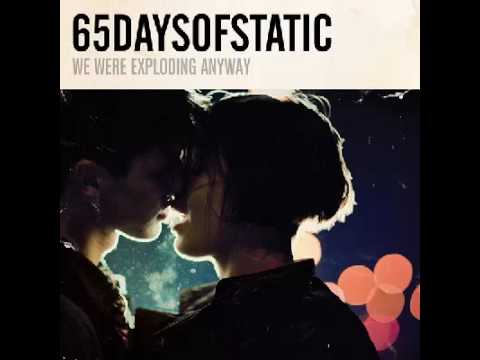 It’s not exactly a “genre” per se, but there should be a name for the kind of song that would be the perfect thing to have in your headphones while you are running full speed through a dystopian future, dodging laser blasts and parkour-ing over double-parked hovercars. Whatever you might call it, 65daysofstatic’s “Crash Tactics” is a great example of the form.

Off the band’s awesomely named 2011 album We Were Exploding Anyway, “Crash Tactics” has all the best robot-sex-sound parts of dubstep with none of that genre’s trappings. *cough cough wubwubwub cough cough. Instead you get adrenaline-raising drums, atmospheric strings, just the right amount of ever-so-slightly dissonant guitar blasts. So whether you’re running from the time police in 2075 , hoofing it on a treadmill at the local gym, or just some help waking up on the way to work, it’s a solid listen. [Spotify, iTunes]