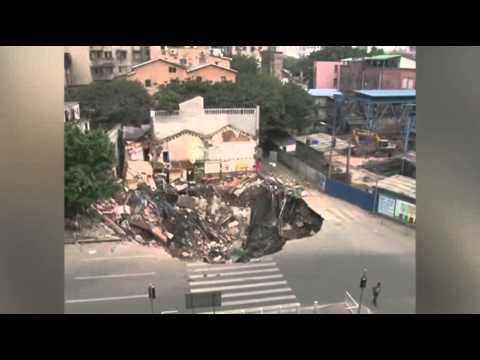 Imagine standing on the road one day and having a sinkhole suddenly swallow you whole. Or imagine sitting in your house and having a giant sinkhole vaporise your entire building. That’s what happened in China.

Two buildings in Guangzhou, China, tumbled straight into a giant sinkhole as the ground below them disappeared. Luckily, no one was hurt (though 300 residents had to be evacuated and some of them just lost their home) as construction workers noticed the ground was already seeping in.

The sinkhole was measured to be about 9m deep and 90sqm-300sqm across. According to reports, the sinkhole popped up near a construction site for a train. Impressively, China has already filled the hole: