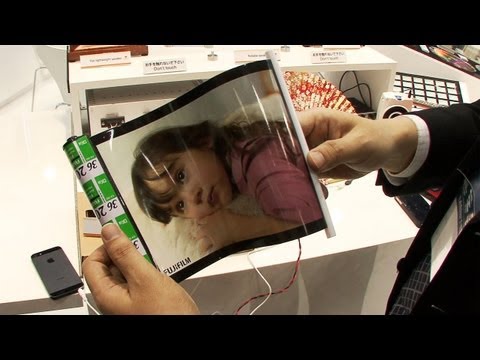 Looking to expand its expertise outside imaging products, Fujifilm researchers have developed what’s called an electroacoustic film — which is basically a fancy way of saying an ultra-flat speaker that’s flexible enough to roll up and stash in your jacket pocket.

The film is made from a precise mixture of polymers and ceramics, and is actually able to reproduce the entire spectrum of sounds that are audible to humans, from 20Hz to 20kHz. Now the technology obviously makes for eye-catching tradeshow demos, but Fujifilm sees it being used alongside flexible OLED displays so that the roll-up computers of tomorrow sound as great as they look. But we’d just be happy with a kick-ass home stereo that doesn’t break your back when it’s time to move. [DigInfoTV]